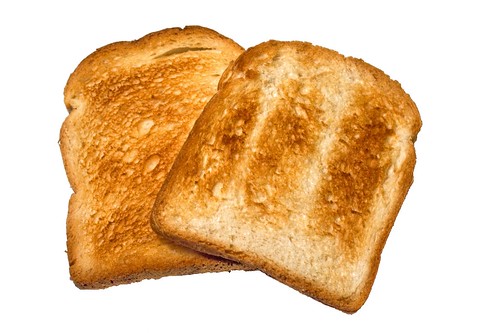 Ben Thompson nailed it months ago:

I believe it’s time for Twitter’s leadership, in particular CEO Dick Costolo, to make way for new leadership that has improved credibility with Wall Street, with developers, and within Twitter itself…

…Twitter would be better off retooling their API and developer agreements to ensure they are learning from every application they interact with, and in return sharing their graph along with advertising in the form of their MoPub or Namo Media-derived offerings. The advantage of this approach is that the imagination and ingenuity of a massive developer ecosystem will always be far faster and more innovative than anything any one company can do on its own — just ask Apple.

Worth reading (or re-reading). The accompanying podcast nails it too.

Its success was based upon eliminating free. But that positively non-techie entity known as the government put the kibosh on that. Now the labels and Apple are too scared to enact their plan of eliminating freemium. So while the techies leap ahead, creating solutions to problems we didn’t even know we had, those in the music business stay mired in the past, believing backroom dealings and brawn will get them what they want.

But it won’t in the new world.

What I find puzzling is that nobody at the record labels has heard of the Laffer curve.

Oculus teams up with Microsoft on Rift VR headset » FT.com

Oculus emphasised its headset’s ease of use and a familiar video-gaming content for its launch.

“It rests comfortably right on your brow,” Mr Iribe said of the Rift. “You’re going to put it on like a baseball cap. It’s going to be simple and easy . . . The goal is you put it on and it goes away, it disappears.”

The Download Festival at Castle Donington is completely cashless this year, and visitors are being issued with a dog-tag At the Gates.

However, the system for topping up the dog-tags with currency has failed, and there’s no back up, leaving many people complaining of being unable to eat or drink.

This is a huge embarrassment for cashless as the future of money in the week that Apple Pay was announced for the UK market.

Download proudly hailed itself as the first major festival to use RFID technology to replace cash, but the Utopian dream seems to have turned into a nightmare as festival goers are not only unable to eat, but face the prospect of seeing Slipknot sober.

Test, and then test. Then test it again. Then pull out something essential. Test.

UK domain registry Nominet has shown off a striking new visualisation tool called ‘turing’ that large organisations can use to peer into their DNS traffic to trace latency issues and spot previously invisible botnets and malware.

In development for four years, and used internally by Nominet for the last two, at core turing is about representing DNS traffic in visual form, allowing administrators to ‘see’ patterns in real time that would normally be impossible to detect let alone understand.

The investigation adds to the pressure on the online retailer in Europe, where it is already being investigated for the low tax rates it pays in Luxembourg.

The Commission said it would look in particular into certain clauses included in Amazon’s contracts with publishers.

These clauses, it said, required publishers to inform Amazon about more favorable or alternative terms offered to Amazon’s competitors, a means to ensure Amazon is offered terms at least as good as those of its competitors…

…”Amazon has developed a successful business that offers consumers a comprehensive service, including for e-books,” Competition Commissioner Margrethe Vestager said in a statement.

“Our investigation does not call that into question. However, it is my duty to make sure that Amazon’s arrangements with publishers are not harmful to consumers, by preventing other e-book distributors from innovating and competing effectively with Amazon.”

Similar in that sense to Apple’s bad action in the “most favoured nation” clause for ebooks it sought from publishers.

Google’s first set of phone-making partners Micromax, Karbonn and Spice have no development roadmap for the platform’s next batch of devices. Some are clearing available stock at discounts, executives told ET. Intex, Lava and Xolo, which were to join the above three, no longer seem to be keen, leading some to question whether the search giant is planning to drop the Android One project altogether.

Google insisted it’s still committed to the product. “We’re not backing away from the programme,” Caesar Sengupta, vice president of product management at Google, told ET. “We’ve learnt a lot from the initial round with our partners and they have learnt in terms of device availability, in channel and others. Over time, as we work with our partners, we will keep working on making sure that we do things much better.” But with the products not doing too well, executives at the three partners said they weren’t working on the next lot of Android One devices.

The problem with Android One being that it tried to force a uniform experience – which left the OEMs no way to differentiate. Who benefits? Only Google.

Back in January 2015 I stumbled upon a bug in iOS’s mail client, resulting in HTML tag in e-mail messages not being ignored. This bug allows remote HTML content to be loaded, replacing the content of the original e-mail message. JavaScript is disabled in this UIWebView, but it is still possible to build a functional password “collector” using simple HTML and CSS.

It was filed under Radar #19479280 back in January 2015, but the fix was not delivered in any of the iOS updates following 8.1.2. Therefore I decided to publish the proof of concept code here.

It uses a targeted email to capture the person’s iCloud password (if their iCloud email is the same email). The prime weakness is the way iOS 8 keeps popping up dialogs asking you to sign into the App Store. Secondary weakness may be loading images in Mail; I don’t know whether turning off “load images” guards against this.

Bad that it has taken Apple six months not to do anything for a potential targeted phishing attack.

The mobile to machine learning era: privacy in the new age. » Praxtime

there’s a risk that inside the company Apple could cripple their machine learning efforts by overcommitting to their own marketing and privacy ideology. I noticed Apple’s Phil Schiller was on message last night about privacy on John Gruber’s The Talk Show. It’s hard to be certain of Apple’s motivation here. It’s likely some mix of being out of touch with recent trends so being overly creeped out by machine learning, spinning their backwardness in cloud and machine learning in the best light, having some real and serious moral concerns about privacy, plus some very cynical distancing from Google. The latter since they know Google will be the one to bear the brunt of the lawsuits and tech regulations around privacy as machine learning explodes. And then Apple can follow serenely behind in their wake…

…What I noticed and liked about the Apple keynote at WWDC this week is Craig Federighi clearly loved all the new cool features based on machine learning and searching with natural language. He has an infectious enthusiasm. It’s great to see. Apple clearly takes machine learning very seriously. They just want to do it their own quirky and backhanded way.

The point about lawsuits and regulation is one I hadn’t seen raised before. But once it’s said, it feels inevitable.