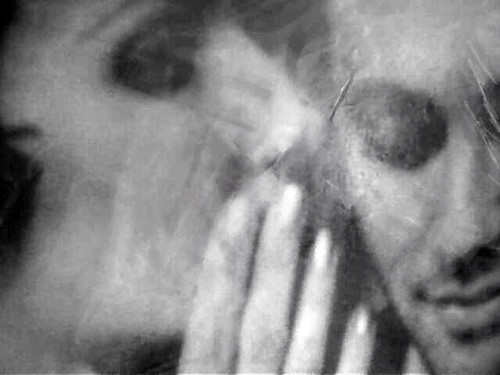 A selection of 8 links for you. Why not? I’m charlesarthur on Twitter. Observations and links welcome.

Beats was looking to build a premium product that would mimic and compete with wireless speakers produced by Sonos. Like Sonos, Beats wanted to give consumers the option to place speakers in multiple rooms of their house, and then have them all play the same music synchronously. And like Sonos, Beats was looking to introduce a bigger, more powerful speaker for the living room first, and then follow up with a smaller, more affordable product for the kitchen and bedroom.

However, Beats wasn’t just looking to copy Sonos. The company was also working on combining Bluetooth with Wifi and NFC to allow for seamless handovers, effectively making it possible to launch music playback as soon as you’d enter the room, said a source familiar with technical details of the project. And thanks to its premium brand, Beats wasn’t looking to undercut Sonos — quite the contrary: Word has it the company was looking to sell its bigger Wifi speaker for as much as $750.

1) wouldn’t have been a Sonos killer
2) this is utterly random, but my next-door neighbour works in the (legal) pharma industry, and four months ago told me the story of going to a party in San Diego where “people from Apple” were talking about exactly this device. So I’m inclined to believe it, weirdly. Also, my neighbour’s reaction: “I said, so you’ve reinvented the boombox?” Probably why it was canned.

Ultimately, the issues above are symptoms of weak (or hand-cuffed) direction. Not just in the form of what to do (e.g., don’t have Eddy Cue focus on the app) but also in terms of what not to do – i.e., editing. Editing in this context: shortening the list of presenters, directing them to use fewer slides (at one point, they flashed by like pages in a flip book), and saying no to distracting uses of humor and movement. When viewed through this lens, I think this keynote lacked a director. Or at least one that could effectively influence the senior executives and the choices they made. (Believe me, I’m not saying any of this is easy.)

Will all this impact the products’ success? Not directly. Indirectly, however, key influencers of consumers (developers, fans, and journalists) may get a fuzzier picture of Apple’s intent or advantage.

The music segment was terrible. The rest, fine.

Sunday Times Snowden story is journalism at its worst » The Intercept

Glenn Greenwald on the Sunday Times’s story – its front-page lead (aka “splash”) claiming that UK intelligence agencies “had to move” agents and that Russia and China “had cracked” the files (here’s text of the print version; try reading it first):

how could these hidden British officials possibly know that China and Russia learned things from the Snowden files as opposed to all the other hacking and spying those countries do? Moreover, as pointed out last night by my colleague Ryan Gallagher – who has worked for well over a year with the full Snowden archive – “I’ve reviewed the Snowden documents and I’ve never seen anything in there naming active MI6 agents.” He also said: “I’ve seen nothing in the region of 1m documents in the Snowden archive, so I don’t know where that number has come from.”

Greenwald is furious, and rightly so. The Sunday Times story is clearly hung on a single quote from a UK intelligence agency source, but one which doesn’t support the story’s claims. The Snowden archive is vast, but putting a number on it is surprisingly difficult, because it has interrelated files – there’s an almost wiki-like quality to some parts.

Given that the UK (and US) intelligence agencies don’t claim to know what’s in the Snowden files, they can’t know what the Russians or Chinese know from it – if for the sake of credulity we believe that the Russians and Chinese have cracked the encryption, which I seriously doubt.

When I used to work Sunday shifts as a news reporter at The Independent, I often had to “follow up” stories that appeared in the Sunday Times. The problem was, as soon as you began trying to establish the facts they claimed, the stories fell apart – the claims didn’t match reality. This is another example, although that hasn’t stopped the BBC repeating it (though an analysis by Gordon Corera in the middle of this straight-up followup rather backs away from the Sunday Times claims).

Nokia’s Moonraker smartwatch never made it to market primarily because Microsoft was anticipating its wearable Band. While the Moonraker had a number of sensors to allow you to lift your arm to read texts or drop it to turn off the display, Microsoft opted for the Band as it had more functionality. Nokia took the familiar “Metro” interface from Windows Phone and paired it with simple email, phone, and messaging apps on its smartwatch. There was even a camera remote feature to take pictures on a smartphone from the watch. Facebook and MixRadio integration was also built-in, alongside customizable watch faces and different colored straps.

It’s unlikely that the “Moonraker” will ever make it to the market, but given time Microsoft may want to bring some of the more fashion-related aspects of it over to the Band in the future. Microsoft is now working on the second generation of its Band. While the software platform on the upcoming Microsoft Band 2 will remain largely the same, the look and feel of the device will improve. Microsoft is expected to launch its next-generation Band later this year after Windows 10 is available broadly.

The UI looks unfinished in the photos. And would it have worked only with Windows Phone? If so, it was dead already.

if you set up an absurd game, as Wall Street often does, ruled by the incentives of those who set the rules (their quarterly bonus calculations depend on chasing growth for the sake of growth), people will, naturally, game the system and produce the results you want, just as absurdly.

At the moment, sadly, Wall Street is not solely a representative of market dynamics, but also a collective madness imposed upon us by the distorted over-accumulation of capital in the hands of too-few people. This “elite failure” has repercussions beyond my beloved platform: from global warming to revving up global growth (you can’t grow demand if people don’t make money) but in a sustainable manner (because the annual bonus is not the right time-frame). We are paying the price for having surrendered our economy to a game that is not about some independent logic of the market, but the absurdity of accumulating more zeroes in a bank account (which you cannot spend in any reasonable lifetime).

If you’re not following @zeynep, you should. She’s so incisive.

Because of the creation, use and promotion of these inaccurate, misunderstood, and/or gameable  benchmarks, we are seeing smartphone manufacturers and SoC vendors dedicating time and engineering resources to ensuring that their performance in these benchmarks is up to expectations. After all, if so many people are using or mischaracterizing AnTuTu and Geekbench, it lends them credibility even when it shouldn’t.

Or vendors are adding features that make the misrepresentative benchmarks look better, like by adding more CPU cores beyond what any piece of software can use to improve the experience outside of battery life.

Additionally, because so many reputable tech blogs don’t run ANY benchmarks at all, they are essentially giving the ones that do more credibility when they show AnTuTu and other benchmarks.

I trust Anandtech (as does Moorhead), but most other benchmarks strike me as crap because they tell you nothing about experience. Google’s Project Butter (smoother scrolling) and Project Volta (longer battery life) and focus, in Android M, on standby life tells us that benchmarks tell you barely anything about real-life use.

BlackBerry is considering equipping an upcoming smartphone with Google’s Android software for the first time, an acknowledgement that its revamped line of devices has failed to win mass appeal, according to four sources familiar with the matter.

The move would be an about-face for the Waterloo, Ontario-based company, which had shunned Android in a bet that its BlackBerry 10 line of phones would be able to claw back market share lost to Apple’s iPhone and a slew of devices powered by Android.

The sources, who asked not to be named as they have not been authorized to discuss the matter publicly, said the move to use Android is part of BlackBerry’s strategy to pivot to focus on software and device management. BlackBerry, which once dominated smartphone sales, now has a market share of less than 1%.

Rocha is based in Toronto. I’d trust his sources. Can’t see why BlackBerry thinks this is a good idea though. It’s losing money on handsets; this would be a way to get commoditised out of the solar system, and lose its faithful buyers too.

Have you wondered what technology the NHS uses? We gather anonymous statistics on those using NHSmail and so have a good picture of technology across healthcare in England and Scotland.

88% of users access the service via Windows, with 8% on Macs and 3% on Linux. Amazingly we have a user browsing NHSmail using their Wii, which suggests dedication to the cause or spoofing the browser data. 65% of users are on Windows 7, followed by XP (20%) and Vista (3%). Windows 8 usage is too low to register.

Worth comparing with data.gov.uk stats for web browsing.