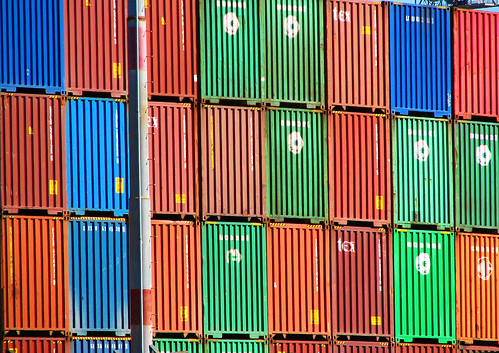 The Federal Trade Commission, not the FCC, has jurisdiction over online commerce, and it needs to catch up. Google apparently decided to push the envelope, given its mission as a public company is to maximize profits.

But as one of the Valley’s biggest success stories — it could reach a market capitalization of $1 trillion in this decade — Google should be a leader in taking responsibility for the welfare of children viewing products designed for them. So should Netflix, Apple and any other Valley company producing or contemplating kids programming.

Now the FTC is investigating. You won’t however have been surprised by Google’s behaviour if you read my piece on Google, EC, antitrust and the FTC, which looked at the tenets the search company works by.

Product reviews are broken » Above Avalon

I still think the world needs independent product reviews. There is enough prior misbehaviour on behalf of companies to suggest such third-party reviews can serve a purpose by giving consumers value. The problem is that many reviewers don’t know what kind of value that is. The move into personalized wearables has largely turned the traditional tech gadget review into an artifact from a begone era. The nature of the tech review should have changed, but many tech reviewers haven’t adapted their review process to this new wave of technology. While adding video may represent a new dimension to the review, the underlying premise of the review needs to be rethought.

I agree with Cybart. Reviews have turned into a mess; the desire on social networks to attract attention by being outrageous dilutes the thoughtful ones. And commenters’ desire to attach a single value to a device’s “worth” – is it one star, five stars? Why is that four stars but this five – wipes subtlety away in pursuit of a blunt distinction.

How TIDAL can deliver on its promises » Music Industry Blog

With streaming, music fans don’t need to waste time listening to music they don’t like upon first listen. They can bypass the duff. They also tend to listen less to any single piece of music in general because they have so much other music to choose from at no additional cost. Artists earning a 150th per stream of what they earn from a download is thus only part of the problem. Most of the time their mainstream fans (and by that I mean not their top 10% of super fans) aren’t listening to them enough.

Scale will come, but it will take time.

The theory is that this will be fixed by scale, that a massive installed base of users will result in bigger listening volumes.  But it’s not that easy.

Since the release of Apple’s in-house Maps app as part of iOS 6 back in 2012, Yelp has been the company’s sole partner for integrating customer reviews of businesses and other points of interest. In recent days, however, Apple’s Maps app has begun including reviews from TripAdvisor and Booking.com on select hotel listings.

Very slow but steady improvement. Apple Maps is getting better and better at finding whatever you want.

Worldwide PC shipments totalled 68.5m units in the first quarter of 2015 (1Q15), a year-on-year decline of -6.7%, and slightly ahead of previous projections, according to the International Data Corporation (IDC) Worldwide Quarterly PC Tracker.

Following a strong second half of 2014, which benefitted from the tailwind of the Windows XP refresh and pockets of price-driven consumer activity, the Q1 market faced multiple headwinds – including inventory build-up of Windows Bing based notebooks, commercial slow down following the XP refresh and constrained demand in many regions due to currency fluctuations and unfavorable economic indicators. As a result, growth and volume declined with Q1 shipments below 69m units, the lowest recorded volume since Q1 2009.

Those have to have been some low expectations. And here’s the threat:

Who’ll withdraw next? Samsung? Toshiba? Actually, Acer is seeing terrible profits – about $3 per unit sold at an ASP of $363, based on operating profit and revenue numbers.

Fascinating article by Omar Téllez, a director of Moovit:

With more than 85 million Facebook users and around 15 million Twitter accounts growing at 25 percent per year, it’s no wonder the Wall Street Journal called Brazil “The Social Media Capital of the Universe.”

Brazilians spend on social media networks more time per month than anyone else in the world.

Latin American startups have a canny ability to take a proven business model, and execute like crazy to improve on it.

After winning “Best International Startup” in the 2012 Crunchies, Peixe Urbano the online to offline (O2O) daily deal company, went on to grow to more than 25 million users and 30K merchant partners, and recently sold control to China’s Baidu, the No. 2 Internet search engine in the world, for and undisclosed amount.

While it’s easy to be amazed by the growth that taxi app companies such as Easy Taxi and 99Taxis have driven in Brazil, after raising hoards of money, it’s difficult not to be impressed by Tappsi. With a focus in Colombia, Perú and Ecuador, Tappsi has easily surpassed 1.3 million bookings per month with only $600K in seed funding.

Universities Inc. in the UK

After yesterday’s link about Procter & Gamble’s disruptive capacity, David Colquhoun from University College London pointed out that it’s not all sweetness and light – far from it:

Dr Aubrey Blumsohn MBBCh, PhD, MSc, BSc(hons), FRCPath was, until 2006, a senior lecturer and honorary consultant in metabolic bone diseases at Sheffield University. He, and his boss, Richard Eastell, were doing a clinical study of a Procter & Gamble Pharmaceuticals (P&G) drug, Actonel (risedronate), The work was funded by Procter & Gamble.

Richard Eastell is Professor of Bone Metabolism, and was Research Dean.

Procter & Gamble refused, from 2002 onwards, to release the randomisation codes for the trial to the authors whose names appear on the paper. After trying to see the data for years, and getting little support from his employer, Blumsohn subsequently got hold of it in 2005, and then discovered flaws in the analysis provided by P&G’s statistician. P&G wrote papers on which the names of university academics as authors. Blumsohn did the only thing that any honest scientist could do: he went public with his complaint.

according to a new report from a group of Goldman Sachs analysts, Android users aren’t clicking on very many Google ads.

Earlier this week, Goldman’s analysts estimated that Google did $11.8bn in mobile search revenue in 2014.

Goldman estimated that 75% of that revenue, $8.9bn, came from web searches made using iPhones and iPads.

That means that, at most, Google generated $3bn from searches made on Android devices in 2014.

$3bn is a paltry amount compared to Google’s overall business, which generated $66bn in the last twelve months. For further context, consider that Facebook generated more than $2.65bn in mobile ad revenues during the fourth quarter of 2014 alone.

It makes you wonder: Will Android ever become a big business?

On the basis of a billion Android users, that $3 per user per year. That’s likely to go down as the user base grows because most developed countries are pretty saturated; those coming onstream are in emerging countries with lower per-capita income. All additive for Google, though. Not a great business, but a profitable one. (Also, how about the actual BI headline: “Android is supposed to save Google, but it’s actually a terrible business”?)