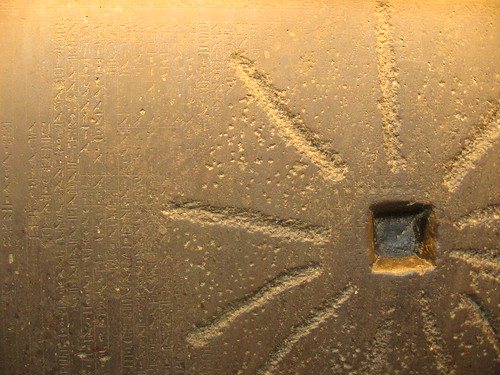 A selection of 9 links for you. Do not apply to sensitive areas. I’m charlesarthur on Twitter. Observations and links welcome.

Hutchison, which owns the Three mobile network in the UK, may pay O2’s owner Telefonica SA (TEF) as much as £9bn ($13.6bn) for the carrier, the newspaper said.

Telefonica has hired investment bank UBS AG to explore options for O2, according to the Times. The company, which is looking for ways to exit the UK to help pay off debts, may also consider selling shares of O2 to the public. Hutchison has hired Moelis & Co (MC) to look for possible deals in the UK, the newspaper said.

Telefonica has around €41.2bn of debt as of September and all its numbers (revenue, operating profit, EPS) are going negative. This would go some way to sorting some of that out.

So Tim Draper [who bought the bitcoins seized by the FBI in an auction in July and December 2014] invests some $18m in about 32,000 Bitcoin and today (wait for it…) they’re worth a whopping $6.7m, losing 63% in six months. Don’t get me wrong. I like Tim Draper. He’s a bit quirky and has an awful taste in ties. [Alternative successful auction bidder Barry] Silbert’s stake is now worth $10m – down 43% in a rotation of the moon. My point is less about the epic FAIL of their at the time hyped Bitcoin investing prowess. Jeez, we all make mistakes. No, my beef is more about the coverage.

Sure, Draper lost $11 something million in six months. Fool…money…etc. But my problem is that you wouldn’t know any of this from reading the Silicon Valley press, websites or blogs. Nothing. Pando Daily has run 14 stories on Bitcoin in the last month. But type “Tim Draper” into the search box in Pando. Nothing about the price drop. Try it at Techcrunch. Bupkis about the shellacking. My friend Kara Swisher at Re/Code? Zippo. Well, a pointer to an article in the New Statesman. Any mention of Draper or Second Market in that article? Nope. The new Valleywag? Surely old “Fake Steve Jobs” Dan Lyons is all over this? Oops. Not a peep. Venture Beat? Nah.

Google is instead shifting its attention to focus on the one area where Glass has done reasonably well: businesses. The Glass for Work program has about a dozen partners involved, all of whom are still writing apps for the device, our source says.

“We’ll continue to invest in our Glass at Work offering for enterprise developers and companies,” a spokesperson told us.

We’re not going to pretend that Glass for Work is a major focus or priority at Google. Other sources at the company have indicated to us that it isn’t, at least not yet.

But within the Glass for Work community, the death of the so-called Explorers program (in which Google sold the device to individuals for $1,500 a pop) is being met with a shrug.

Makes sense. Glass has also looked much more sensible as a product for specialist product niches than for consumers.

A whole bunch of women are tweeting about an email they received from the manic pixie dream start-up that congratulated them on their impending nuptials. Super thoughtful— except most of them don’t even have significant others.

Developers are already creating applications that turn data about train times, accessibility and facilities at stations into information that’s easy to access for those with disabilities. There are many existing applications that are useful for people with disabilities to help plan their journeys, including Twitter, Station Master (comprehensive 3D maps that show steps, lift access and ticket points of London Underground stations), Rail Point (live travel updates) and Realtime Trains (help users track their trains and find their platforms in advance).

So what is stopping more products and services from being developed to benefit commuters with disabilities?

For Google Glass to succeed, Tony Fadell needs to rip out the camera » Co.Design

people don’t always just get used to it, and I learned that from my own case study with a wearable camera. After my son was born, I attempted to wear a Narrative camera most of the time. The Narrative is a diminutive, auto-shooting camera, the size of a small lapel pin, optimized to capture candid moments in your life. But family member after family member would spot it, ask what it was, and slowly tense in my presence, even when I’d promise these photos were private and wouldn’t be shared on Facebook. The next time they’d visit, their eyes would lower to my chest pockets again.

Nobody likes worrying they’re being recorded, and a subtle, spy-worthy piece of hardware does nothing to alleviate that concern. It made me realize that smartphone cameras didn’t offend anyone, because they live in a pocket, and it’s always obvious when someone’s taking a photograph with one. Along the same lines, I believe an embedded photographer photographing us with a large SLR would have offended my guests less than my tiny lapel camera. A few weeks into the experiment, I removed the Narrative to never wear it again, even though it captured some great shots.

This week the Prime Minister introduced a policy of banning strong encryption in the UK in order to deny terrorists ‘safe spaces’ in which to operate. Sounds robust, doesn’t it? In practice such a policy is impossible to implement and so would never yield any security benefit. It would, however, leave all of us vulnerable to trivial cyber-attacks and David Cameron’s vision of a Digital Britain in tatters…

…By mobilising against encryption the government is contradicting the advice of its Information Commissioner on data protection for organisations and its own advice to the general public about being safe online.

About the author: “Andrew Bower works in the ‘Silicon Fen’, graduated in Computer Science from Cambridge University and has served as an Conservative Association officer.”

For non-UK readers, this means a member of prime minister David Cameron’s own party, the Conservatives, is telling him on a prominent site for his own party that his idea is complete and utter tosh.

Well, let’s hope one of his advisers reads it, at least.

Samsung Electronics will compensate all former workers who contracted leukaemia and other diseases after working at its display and semiconductor facilities, the company said on Friday.

“Samsung Electronics will compensate all former workers who have developed leukaemia or incurable diseases, the families of the deceased and also current employees battling illness at our display and semiconductor plants,” said Samsung Electronics’ chief negotiator Baek Soo-hyun.

He made the remarks at a new round of compensation talks in downtown Seoul to resolve leukaemia-related issues with representatives of affected families.

“Samsung Electronics decided to widen the company’s scope of those who will be compensated,” Baek said during the talks. “In accordance with that principle, we will include all workers who’ve been suffering from acute lymphoid leukaemia-related diseases.”

This has been a long-running dispute in which relatives have sought compensation. This resolution is good.

Where do iPad sales go from here? Exhibit 4 highlights three possibilities: 1) increase and start to  track iPhone adoption, 2) remain relatively steady to slightly down until a more sustainable sales level has been reached, 3) decline due to other reasons. My 2015 iPad estimates run with a scenario that falls somewhere between options 2 and 3.

Cybart, a former Wall Street analyst (though not of Apple), reckons Apple will sell 59m-60m iPads this financial year (from Oct 2014-Sep 2015), with shipment growth only showing in the April-June quarter. Why? It’s complicated.