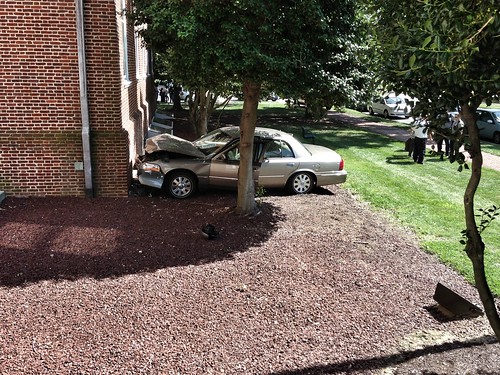 Premium Android phones went off track in the second quarter. Photo by -Jeffrey- on Flickr.

It’s late, yes. But all the results are now in for the second quarter (April-June) of the smartphone business.

The TL:DR: high-end Android OEMs had a terrible second quarter. The smartphone business generally grew less quickly than for a couple of years as China stagnated overall. But not for Apple; by contrast, it grew strongly. Samsung’s Galaxy S6 did not impress the punters. LG’s G4 sold less well than apparently the company hoped. Sony had a torrid time. HTC then redefined torrid. Premium Android has a real, immediate problem.

A year back, in the second quarter of 2014, the combination of Samsung, HTC, LG, Sony, Motorola and Lenovo together shipped a total of 129.4m smartphones. (Samsung shipped 74.9m of them, or 58% of them.) The whole smartphone market constituted 301.4m devices, so that group had 43% of it.

Profit or loss, that’s a lot of handsets. It’s easy to underestimate how complex the process of designing, making and distributing millions – that’s millions – of handsets across the globe is. All of these companies is doing a remarkable job in making and getting hardware out there. The problem is that it’s a job which only two companies are doing with any great success. Here are how the financials stack up:

Working assumptions:
HTC: all revenues from smartphones – zero from the Nexus 9 tablet (pretty certainly true), zero from the HTC Re camera (probably true). The shipment figure comes from IDC, so is definitive.
Sony: all revenues and profits from smartphones; zero from tablets – of which it shifted fewer than 1.6m, given IDC’s numbers; and zero profit from tablets.
LG: $100 average selling price for the 1.6m tablets that IDC says it shifted in the quarter (and it seems to have a range of eight). Tablets assumed to have zero profit, though they might have made some loss that made everything else look worse.
Samsung: featurephones (it shipped 15.8m) sold for $15, zero profit; tablets (7.6m) sold for $175, zero profit. If the tablets or featurephones made any profit, then the profit from smartphones were lower.
Lenovo: assuming the 2.5m tablets it sold had an ASP of $100, and zero operating profit. If the tablet ASP was lower, Lenovo smartphone revenues were higher; if the tablets were profitable, per-smartphone loss was greater.
Apple: operating margin, as previously, of 28%. You could halve this, or even put it level with Samsung’s declared margin, and its operating profit would still be more than all the others’ profits (even ignoring losses) put together.
Microsoft Mobile: the figures here have to be backed out from the headline smartphone revenue ($1.23bn) and stated gross margin (-$104m). Microsoft shipped 19.4m featurephones; assume they had an ASP of $15 and made zero profit (same as with Samsung). The Lumia ASP has to be estimated, but seems reasonable.

The dire state of premium Android

In its explanation of how things had gone so horribly wrong, HTC said that “Weaker-than-expected demand at the high end, consistent with Android market, along with weak sales in China, lead to a year-on-year fall in the second quarter. Meanwhile, year-on-year shipment volume increases were seen across select key emerging markets.”

Perhaps, although HTC’s problem might be that the product is underwhelming. It’s the same product it’s been making for three years; nothing has changed. Meanwhile Sony can’t get the distribution: carriers seems to be edging away from it, and you have to go back to Q1 2012 to find it shipping fewer phones. And LG – despite having a great camera in the G4, which is usually what sells a phone – doesn’t seem to have broken through in a big way. And yes, that really is an operating profit of 1.6 cents per phone.

Samsung seems to have had the same problem: its Galaxy S6 and S6 Edge have sold below pretty much everyone’s expectations (especially those who gave it an overheated welcome for its iPhone-alikeness – which I never thought would be a selling point; who wants faux for the same price as real?).

And things aren’t improving for these OEMs. Compare those handset shipments compare to the same period a year and two years ago:

Note that the total number of handsets from the listed Android OEMs is down in 2015 compared to both previous years, despite the smartphone market being bigger than ever (figures from IDC). I’ve left out “Others”, which are principally lower-end Android phones.

The only one that’s doing better is Apple: not only is it selling more handsets, its average selling price (ASP) of $660 was one of its highest ever. It’s clearly not chasing the low-end buyers (or if it is, it’s not finding them).

A clearer way to see this is to graph the growth in revenues from smartphones for these companies.

Apple has seen 50%+ revenue growth from iPhones in the past three quarters; rivals have faded.

Look also at ASPs. Those have fallen, which suggests fewer high-priced phones being sold. (Especially if you’re selling fewer phones, a falling ASP indicates you’re shifted towards cheaper phones.) First without Apple: note how all the ASPs are lower (in LG’s case, only just) than the year-ago period:

Note that they’re all lower than the year-ago period. Add slowing revenues, and you get a picture of fewer top-end phones sold.

And now add Apple: note how its ASPs have risen.

There’s a contrast with rivals.

This makes it pretty clear, I think, that Apple is cruising ahead, while the others are struggling recently. Lenovo/Motorola isn’t included because its figures aren’t comparable year-on-year.

(I tried lots of variations. In revenues alone, Apple’s seasonal fall distorts the picture. In profits alone, the huge disparity between Apple/Samsung and the rest makes the change invisible; in profit growth, the wild swings from loss to profit by Sony and others makes the numbers meaningless. I added ASPs after a discussion on Hacker News.)

Premium Android and the piranhas

“Premium” Android is getting torn apart, piranha-style. Cheaper phones from Chinese companies such as Xiaomi, Huawei, OnePlus, and Oppo are taking away their high-end Chinese business. Slowdowns in developing countries (notably south America) are killing sales there.

And in the west, there isn’t the same appetite for continued upgrades that there was; people are upgraded out. Does the Galaxy S6 really offer anything special over the S4 or S5? If anything, Samsung has pared back on both the software and hardware features – it doesn’t have some of the weird things where you waved hands to scroll screens, nor the microSD card and removable battery that a number of previous Samsung buyers liked. As I said before, Samsung must know how many people actually use the removable battery. But maybe that’s like buying a car with airbags: you don’t expect to need them, you just want to know they’re there in an emergency.

The peculiar thing is that Samsung is throwing everything it has at the premium end. You can now choose (depending on location) from the following:
• Galaxy S6
• Galaxy S6 Edge
• Galaxy S6 Edge Plus
• Galaxy Note 5
and that’s just this year’s models. The Galaxy S5 and Note 4 from last year are still on sale. Samsung seems to be trying to segment demand by not making the Edge Plus available in the same places as the Note 5.

I’m not convinced that will actually drive demand for Samsung premium handsets, though. Nor, it seems, are investors: Samsung Electronics shares have fallen for five straight months, Bloomberg says, and quoted Lee Seung Woo of IBK Securities, who said “We all know its smartphone business isn’t doing well. I can’t really figure out when the stock will stop declining. The fundamentals look problematic.”

The iPhone, meanwhile, pulls people in and generally keeps them there too. (Apple’s stock has hardly thrived lately, but not a five-month continuous drop.)

The point of no return?

I don’t think the crash in premium Android sales is a one-off. The competition from low- and mid-priced devices is fierce now, and yet these companies don’t seem to be putting any clear blue water between them; they’re not offering anything better than they did a year ago.

Case in point: Samsung’s Galaxy Note 5 has a smaller battery, also non-removable, than last year’s Note 4; and no SD card – which has pissed off some former Note buyers. How does that compete against the Xiaomis and Oppos and OnePlus phones of this world, which are much the same spec for less? Or even the iPhone 6 Plus, which has a better-adapted app store, and costs less?

Meanwhile HTC is talking big of releasing a premium phone late in the year; damned if I know who it thinks is going to buy it when Samsung and Apple will have new products in stores. (Meanwhile, the company is valued below its cash reserves, so it’s using some of those to buy back 6% of its stock. I cannot see how that is a smart use of resources.)

More than ever, the smartphone business is turning into one where only two companies make money from handsets – and increasingly, only one gets the top-end business. For the rest, they need something new to come along that they can get into and make some profit. Android Wear smartwatches don’t seem to be setting the world alight; will VR be the next big thing? Or IoT? Or self-driving cars? At this point, anyone that isn’t Apple or Samsung seems to be praying for a miracle.

Update: there’s a discussion on this post at Hacker News.

Previously in this series:
• Android OEM profitability, and the most surprising number from Q4’s smartphone market
• Android (and Apple, and BlackBerry, and Microsoft Mobile) handset profitability – the Q1 scorecard

Other stuff you might like:
• The adblocking revolution is months* away with iOS 9 – with trouble for advertisers, publishers and Google
* weeks now, as this post was in July and iOS 9 is imminent

• BlackBerry might have no BB7 users left by January 2016