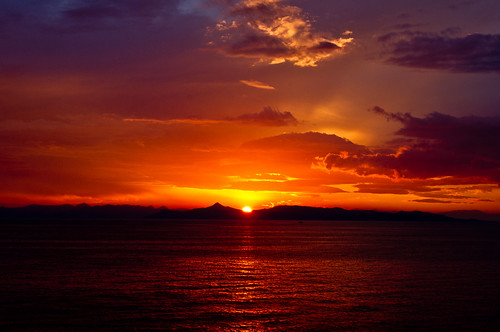 A selection of 10 links for you. Like brandy butter for your brain. I’m charlesarthur on Twitter. Observations and links welcome.

“Without Cyanogen, OnePlus would have sold like one device in international markets,” [Cyanogen CEO Kirk] McMaster said in an interview. “Essentially they built their brand on the back of Cyanogen.”

The OnePlus success also showed other Chinese vendors that CyanogenMod could open doors to the global market. A number of these vendors are larger companies than OnePlus, but struggling in international markets to develop visible brands, and want help, he added.

It’s a good sign for Cyanogen, which also managed to bring on board Microsoft as a partner this month. But as for OnePlus, its ties with Cyanogen are probably ending.

Earlier this month OnePlus launched its own custom Android ROM, built with a simple interface that could replace the CyanogenMod. The change means that OnePlus can offer “faster, more meaningful updates”, according to the Chinese company. Cyanogen, however, will continue offering support to OnePlus phones still running its OS.

Cyanogen, plus Microsoft, is for me the most interesting thing happening in smartphones.

That afternoon, a plump 48-year-old musician was one of several customers to drop by the rented room. A German customer had paid the musician in Bitcoin for some freelance compositions, and the musician needed to turn them into dollars. Castiglione joked about the corruption of Argentine politics as he peeled off five $100 bills, which he was trading for a little more than 1.5 Bitcoins, and gave them to his client. The musician did not hand over anything in return; before showing up, he had transferred the Bitcoins — in essence, digital tokens that exist only as entries in a digital ledger — from his Bitcoin address to Castiglione’s. Had the German client instead sent euros to a bank in Argentina, the musician would have been required to fill out a form to receive payment and, as a result of the country’s currency controls, sacrificed roughly 30% of his earnings to change his euros into pesos. Bitcoin makes it easier to move money the other way too. The day before, the owner of a small manufacturing company bought $20,000 worth of Bitcoin from Castiglione in order to get his money to the United States, where he needed to pay a vendor, a transaction far easier and less expensive than moving funds through Argentine banks.

A new rule: any country under sustained currency pressure will see citizens increasingly turning to bitcoin to evade currency controls.

Sunset at the Secret den » Medium

After a lot of thought and consultation with our board, I’ve decided to shut down Secret.

This has been the hardest decision of my life and one that saddens me deeply. Unfortunately, Secret does not represent the vision I had when starting the company, so I believe it’s the right decision for myself, our investors and our team.

I’m extremely proud of our team, which has built a product that was used by over 15 million people and pushed the boundaries of traditional social media. I believe in honest, open communication and creative expression, and anonymity is a great device to achieve it. But it’s also the ultimate double-edged sword, which must be wielded with great respect and care. I look forward to seeing what others in this space do over time.

The phrase “Secret does not represent the vision I had when starting the company” was highlighted by Ev Williams, Medium’s founder (and a Twitter co-founder). The final couple of sentences seem to be saying “Yeah, good luck with that, Whisper.”

Number of mobile-only internet users now exceeds desktop-only in the US » comScore, Inc

Mobile’s rise over the past few years has been well-documented as it continues to achieve major milestones illustrating its immense popularity, such as last year when app usage surpassed desktop usage and began accounting for half of all U.S. digital media consumption. But its latest milestone shows just how far this platform has come in overtaking desktop’s longstanding dominance as the primary gateway to the internet. For the first time in March, the number of mobile-only adult internet users exceeded the number of desktop-only internet users.

After months of rumors, Microsoft is revealing its plans to get mobile apps on Windows 10 today. While the company has been investigating emulating Android apps, it has settled on a different solution, or set of solutions, that will allow developers to bring their existing code to Windows 10.

iOS and Android developers will be able to port their apps and games directly to Windows universal apps, and Microsoft is enabling this with two new software development kits. On the Android side, Microsoft is enabling developers to use Java and C++ code on Windows 10, and for iOS developers they’ll be able to take advantage of their existing Objective C code. “We want to enable developers to leverage their current code and current skills to start building those Windows applications in the Store, and to be able to extend those applications,” explained Microsoft’s Terry Myerson during an interview with The Verge this morning.

I have no idea why an iOS or Android developer would want to bother doing this. Putting an app onto a different platform involves immediate cost and future cost (in support). Can Windows 10 Phone (or whatever it is) really repay that?

Also, typical of The Verge’s approach, there’s no attempt to find any external comment on whether this is smart, stupid, or somewhere in between. Developers aren’t hard to find; nor are analysts. A comment from one or both groups would have informed readers. This falls short. (Contrast Mashable’s Christina Warren – no relation as far as I know – and Rene Ritchie of iMore. Sure, The Verge might have got the interview exclusively, but that’s still no reason not to make it even better by finding separate comment.)

For example, here’s a developer’s response to Ritchie:

Richard Braggs, Casipong’s boss, sits at a desk positioned behind his employees, occasionally glancing up from his double monitor to survey their screens. Even in the gloom, he wears Ray-Ban sunglasses to shield his eyes from the glare of his computer. (“Richard Braggs” is the alias he uses for business purposes; he uses a number of pseudonyms for various online activities.)

Casipong inserts earbuds, queues up dance music—Paramore and Avicii—and checks her client’s instructions. Their specifications are often quite pointed. A São Paulo gym might request 75 female Brazilian fitness fanatics, or a Castro-district bar might want 1,000 gay men living in San Francisco. Her current order is the most common: Facebook profiles of beautiful American women between the ages of 20 and 30. Once they’ve received the accounts, the client will probably use them to sell Facebook likes to customers looking for an illicit social media boost.

Most of the accounts Casipong creates are sold to these digital middlemen—“click farms” as they have come to be known.

It’s a full-time job. Where’s the government promise to create work like this in the UK, eh?

Apple has warned investors that it could face “material” financial penalties from the European Commission’s investigation into its tax deals with Ireland — the first time it has disclosed the potential consequences of the probe.

Under US securities rules, a material event is usually defined as 5% of a company’s average pre-tax earnings for the past three years. For Apple, which reported the highest quarterly profit ever for a US company in January, that could exceed $2.5bn, according to FT calculations.

The warning came in Apple’s regular 10-Q filing to the Securities and Exchange Commission on Tuesday, a day after it reported first-quarter revenues of $58bn and net income of $13.6bn.

Forgotten what it’s about? Here’s some background.

A key component of the Apple Watch made by one of two suppliers was found to be defective, prompting Apple Inc. to limit the availability of the highly anticipated new product, according to people familiar with the matter.

The part involved is the so-called taptic engine, designed by Apple to produce the sensation of being tapped on the wrist. After mass production began in February, reliability testing revealed that some taptic engines supplied by AAC Technologies Holdings of Shenzhen, China, started to break down over time, the people familiar with the matter said. One of those people said Apple scrapped some completed watches as a result.

Makes sense; some reviewers have complained about not getting anything noticeable “taps” in Watches they tried. Apple has moved to a different supplier, it seems, but is supply-constrained.

Over half of the top Google Play countries are emerging markets.

What if we are the microbiome of the silicon AI? » Edge.org

While all pundits allow that an AI may not be like us, and speculate about the risks implicit in those differences, they make one enormous assumption: the assumption of an individual self. The AI as imagined, is an individual consciousness.

What if, instead, an AI were more like a multicellular organism, a eukaryote evolution beyond our prokaryote selves? What’s more, what if we were not even the cells of such an organism, but its microbiome? And what if the intelligence of that eukaryote today was like the intelligence of Grypania spiralis, not yet self-aware as a human is aware, but still irrevocably on the evolutionary path that led to today’s humans.

This notion is at best a metaphor, but I believe it is a useful one.

Perhaps humans are the microbiome living in the guts of an AI that is only now being born! It is now recognized that without our microbiome, we would cease to live. Perhaps the global AI has the same characteristics—not an independent entity, but a symbiosis with the human consciousnesses living within it.