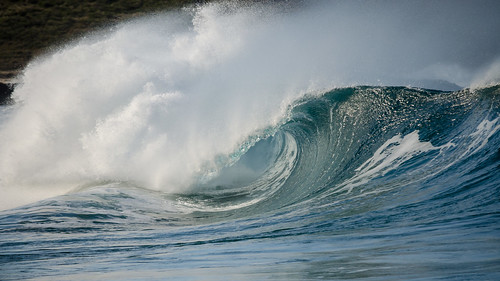 About 20 years ago, I signed up to a mobile network for the first time. It was the UK, and there was a choice of three: BT’s Cellnet, Vodafone, and a newcomer called Orange.

Orange had an advertising campaign which focussed on a number of benefits of its new system: among others, that it would bill you per-second, rather than per-minute as the longer-established pair did. (That is, if you made a call lasting 10 seconds, you would be billed just for those seconds on Orange; on the other two, you’d be billed for a minute.)

Note some of the lines in this: “In the future, we won’t change what you say, just how you say it; we’ll think it’s strange that voices ever travelled down wires; no one will be tied down; the skies will be clearer because the world of communications will be wire-free”. And it ended with the fantastic tag-line “the future’s bright, the future’s Orange”, which became the punchline of many jokes – thus demonstrating how Orange embedded itself into a fast-growing market of mobile users.

I stayed happily with Orange for a long time. In 2011 I added a data bundle – 500MB per month, costing £5, on the advice of Susi Weaser (who told me, Bill Gates-style, that 500MB was enough for pretty much anybody). I moved to a SIM-only contract too – so I brought the phone, and Orange simply supplied the service. (I’m not an early adopter of most technologies; I’m generally quite price-sensitive.)

As well as these factors – which have been around for years – Orange had also messed up my billing, and not fixed it when I pointed it out to them. So this week it lost not just my business, but also my daughter’s (she was on the same bill as me); when my son’s SIM-only contract expires next year, I expect I’ll move him too.

I know that there’s a minus – that Orange’s network has wider coverage than Three’s. But this is just a matter of build-out; Orange had less coverage than Vodafone or O2 when I chose it all those years ago. You can’t go higher than 100% coverage, and as it happens Three piggybacks on a lot of EE’s network anyway.

Obviously there’s a lesson of “don’t annoy the billpayer” to all this. But I think there’s a wider significance, about the difference between the offerings of those carriers.

Cellnet (which became O2) and Vodafone were the “first wave” of mobile carriers: they had a (government-established) duopoly, they charged a lot, they used the old landline model of per-minute billing, they were cosy.

The arrival of Orange – the “second wave” – shook them up. The arrival later of T-Mobile (owned by Deutsche Telekom) expanded peoples’ options dramatically. The 1999 price war between supermarkets to introduce cheap pay-as-you-go (PAYG, aka prepaid) phones expanded the user base enormously.

Three, which started in the UK in 2003, represents the “third wave” of mobile, focussed on data, even though it predated the modern smartphone by years. Part of its USP when it launched was video calling: its network was so modern, it pointed out (because it was all 3G) that you could make video calls.

Unfortunately, few people had phones that made video calling worthwhile at the time, and the whole idea seemed nonsensical. “I don’t want people to see me in a call!” people said, even though webcams were a coming (if not already pervasive) thing. The lack of data easily available to stream also meant that there wasn’t much to do with a 3G phone; remember, until 2005 there was no Google Maps, no YouTube, no Spotify, and very few phones built to do anything useful with large amounts of data. (Here’s a splendid overview of Three’s past 10 years.)

Three’s data offering set it apart from the other networks by taking data as the assumed part of our forthcoming life, just as Orange did with per-second billing. There’s a wider comparison: look at Aaron Levie of Box, who says that it’s an assumption within the company that over time, storage will cost nothing, and that bandwidth is heading the same way, so you have to build valuable services on top.

Since Three, lots of other networks have jumped onto the data bandwagon; some of the networks are pretending to disrupt themselves (particularly O2 with its MVNO offering GiffGaff).

One could argue that Three hasn’t disrupted much; that there isn’t a lot of evidence that people want what it offers. It’s the smallest of the four networks (EE – comprised of Orange and T-Mobile, which are “gradually merging” in a move that is as smooth as “gradually changing from driving on the left to the right” – Vodafone and O2).

Deeper into the data

However, look at what the other networks are doing. Orange got them to move to per-second billing. Data is becoming more easily available. And with smartphone penetration now tipping towards 80%, and demand for data going up (helped along by EE’s TV advertising for 4G), I think we’re moving towards the “fourth wave” of carriers.

So what does a fourth wave mobile carrier do? What are the assumptions it is built on?

Look at the wider context.
• Smartphone prices are falling
• Smartphones are increasingly available unlocked (even, mirabile dictu, in the US) which means you can switch a phone you’ve purchased between carriers
• Buying a phone through a mobile contract is a mug’s game; the effective interest rate is far above what you’d pay on a credit card if you bought it outright
• we want data everywhere, all the time

In that sense the data scenario reminds me of the switch between dialup and broadband. Lots of dialup services flourished charging per-minute on dialup; the spread of broadband adoption drove them to the wall, mostly, and shifted the source of profit to other places entirely: the wireline suppliers, and web properties such as Google or Amazon.

A “fourth wave” carrier will have to
• accept that its customers might switch carrier at any time (either joining, or leaving)
• offer data in very large amounts compared to what went before
• consider that data-heavy offerings as come-ons won’t work to retain customers (because those customers will be able to get the same elsewhere); so free video or music offerings aren’t as tempting as with third-wave carriers
• therefore, find a different dimension in which to compete

All the carriers have been trying things in the physical world – there are cinema tickets, offerings for festivals, Wi-Fi at underground stations, subscriptions to music services, and so on. It’s hard to judge, but it’s not clear that we really want our carriers to be the providers of frou-frou extras.

For readers in the US, few of these things are yet available. Prices are high; switching costs are very high; competition is minimal; and though AT&T has had large data offerings, the extra cost is dramatic. John Legere is trying to turn T-Mobile (separate of the UK/European one) into a disruptive force, but he has his work cut out because PAYG isn’t big, while the US is, and inertia is hard to overcome. (Just look at me; I probably could have benefited from switching a couple of years ago at least.) If the US carrier market went through some upheaval, customers would surely benefit in terms of lower pricing.

What’s the extra dimension? If we look at the shift that happened in the dialup-to-broadband shift, it was away from clunky interaction to smooth web interaction, and the control of your own information. Customer service is an obvious way to set a service apart; having a really good web-controlled experience where you can control your account without having to hang on a line listening to endless hold music, and then struggling with VOIP calls, is the way forward. Orange/EE has tried this, though Three definitely does it better.

Is the extra dimension in faster connectivity? For a while – EE is converting customers there to pricier contracts (though I see little evidence of people changing network for it). But the tradeoff is that if the service doesn’t seem to be much extra benefit, especially compared to the price, you can lose: already there are complaints that 4G contention in cities means you don’t actually see the extra speed.

That doesn’t leave much room for differentiation or profit, does it? That though is what has happened to the mobile carrier industry: it has been commoditised piece by piece. It’s the fifth utility, alongside water, electricity, gas and broadband. The giant profits of the past aren’t coming back.

The plaintive wail heard again and again from carriers is that they don’t want to become “dumb pipes”. Unfortunately that’s their lot. This doesn’t mean there’s no way to differentiate themselves; only that they have to think in different directions from the ones they have before, and attract customers for the service they provide rather than the extras they bolt on. It shouldn’t be such a radical idea.

After all, it’s what I joined Orange for; and why, in the end, I left. The waves keep coming.