Perhaps this one isn’t better as a Live Photo, but parents will like capturing “moments”. Photo by Meigs O’Toole on Flickr.

The fake traffic schemes that are rotting the internet » Bloomberg Business

[Ron] Amram is at Heineken USA now, where the annual ad budget is in the $150m range. In 2013 the company replaced its old stubby bottles with a fashionably long-necked version that supposedly keeps the beer cold longer. “We had a healthy investment in TV, local media, and digital,” he says. “We thought digital would come close and compete with television in terms of effectiveness.”

Late that year he and a half-dozen or so colleagues gathered in a New York conference room for a presentation on the performance of the online ads. They were stunned. Digital’s return on investment was around 2 to 1, a $2 increase in revenue for every $1 of ad spending, compared with at least 6 to 1 for TV. The most startling finding: Only 20% of the campaign’s “ad impressions”—ads that appear on a computer or smartphone screen—were even seen by actual people.

“The room basically stopped,” Amram recalls. The team was concerned about their jobs; someone asked, “Can they do that? Is it legal?” But mostly it was disbelief and outrage. “It was like we’d been throwing our money to the mob,” Amram says. “As an advertiser we were paying for eyeballs and thought that we were buying views. But in the digital world, you’re just paying for the ad to be served, and there’s no guarantee who will see it, or whether a human will see it at all.”

Stunning journalism, and a must-read (allow some time). The team finds people who have set up junk sites which attract huge amounts of machine “traffic” which is monetised through ads set up by more-or-less honest ad networks. It’s a house of cards.
link to this extract

There has been a lot of confusion and mis-reporting going on today regarding Crystal allowing advertising. I’m hoping this post will clarify the information.

-What will be changing?

In my first update (6-10 weeks time?) there will be two new features. A user managed whitelist, where you the user can specify a list of domains that you would like to support and an option to enable/disable Acceptable Ads on the websites you visit.

You are totally free to use all/any/none of these features as you see fit.

-What are acceptable ads?

Acceptable Ads is an initiative, supported by 3 of my favourite websites  (Reddit, DuckDuckGo, Stack Exchange), that encourages and promotes the use of better advertising on the web. They have 5 rules for publishers and advertisers to stick to:

His reasoning: as a lone developer, he can’t keep up; Eyeo, maker of Adblock Plus, can. Eyeo will pay him an ongoing fee.
link to this extract

Live Photos are a gimmick — says nobody who has young kids, ever » Medium

Sometimes hiding behind a bad photo is a beautiful moment. These moments are elusive. They happen too fast to catch on video. You can’t catch them intentionally. The only possible way to catch them is … accidentally.

Sure, I might have been able to record a video of my daughter playing peek-a-boo with me but that is not the point. I’ve only had Live Photos for a day and they are already surfacing the hidden treasures behind both good and bad photos. If I keep Live Photos turned on, I am inevitably going to capture precious moments of my daughter growing up that I would have never captured intentionally.

Mobile users spend massive numbers of hours in Subway Surfer or Game of War, blowing 80% of their time in just five favorite apps, while they might also visit 10 or 15 mobile web sites of companies that they’re checking out, and spend just a few moments on each. Mobile “traffic” — read unique visitors — are up on mobile web, but mobile time is also up on apps.

The questions proliferate: Why is this happening, what’s best, and what matters most? And, what should brands, companies, and media properties do?

The answer is pretty simple: Deepest engagement for the longest period of time happens in apps, so apps matter, and they matter desperately for brands who want to connect to customers. But since, as we’ve seen in our research, apps-per-smartphone users is maxxing out at an average of 50-60, and no-one besides Robert Scoble is going to install an app for each company, service, or site he or she interacts with, your mobile web experience has to be good, and it has to be strong.

In June, the six groups [chosen by the US National Institute of Standards and Technology] reported on how well their algorithms performed in five different types of searches. The algorithms did well in three of these searches, achieving success rates of 90% and above in detecting whether a given image contained a tattoo; identifying the same tattoo on the same person, over a span of time; and identifying a small segment of a larger tattoo.

The algorithms performed poorly — with hit rates as low as 15% — at two tasks: identifying visually similar tattoos on different people, and searching for similar tattoos across a variety of media, including sketches, scanned prints, and computer graphics.

Tattoos are hard – much harder than faces.
link to this extract

Native advertising is a bad solution » The Brooks Review

here’s another scenario I see playing out all over the web: a small app is reviewed with great gusto and praise by a site, and a few weeks (or months) later that app is paying for a sponsorship on the site. Now, those are likely two unrelated events — perhaps the app didn’t know about the site before the review, but now they know about the site and the exposure was great, so why not get more by paying for advertisement?

But now the site publisher is in a hairy situation. They know the review was genuine because they wrote it long before they were ever contacted by that developer, but will people still believe it was genuine if they accept this sponsorship? Or will everyone just yell “conspiracy” and find another review site? Will the people who read the review long before the sponsorship rethink that review? Will new readers finding that review disregard the objectivity of the entire site because of this one ad?

There’s no easy solution, unless you don’t ever want to write about products or companies.

Brooks evidently hasn’t ever written for a major online publication: writing about anything and offering a positive or negative view will instantly bring accusations of bias. It happens all the time to every writer. Native advertising, in that sense, is like Churchill’s view of democracy as a form of government: the worst – apart from every other one.
link to this extract

This morning I received the end product of 5 years of work at Apple. Can’t believe I’m really 3D Touching it. 🙂 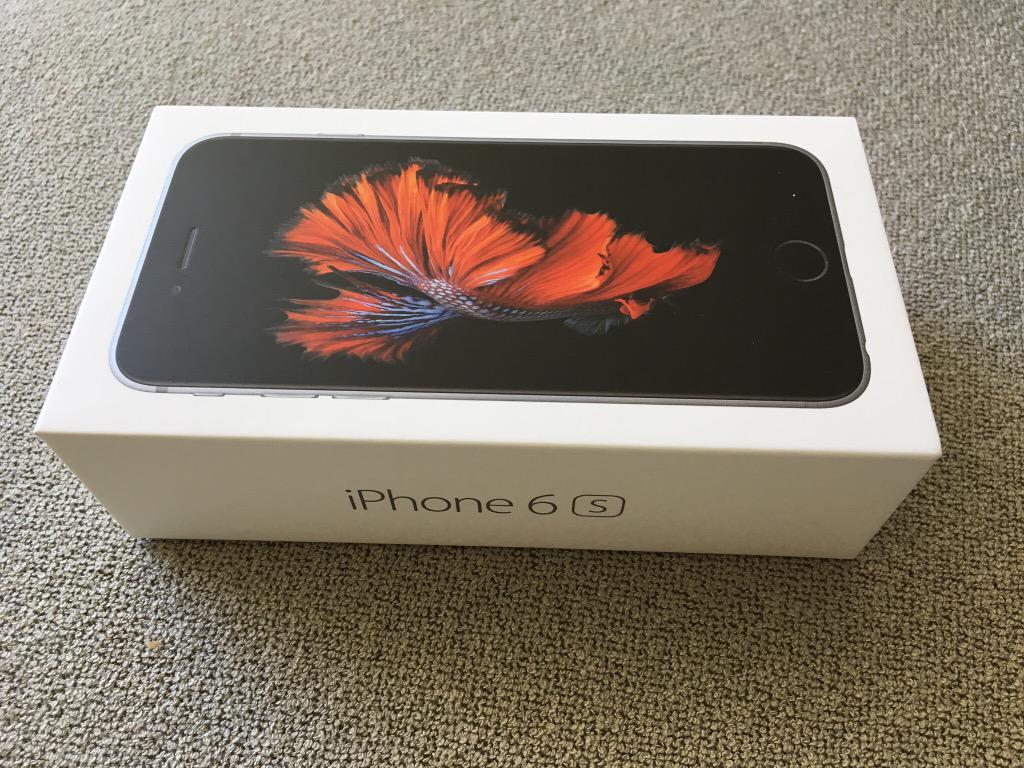 Cieplinski’s Twitter bio says he’s “co-inventor of Apple’s Force Touch and Taptic Engine”. He’s now at Twitter. The “co-” would have been with lots of others. But it’s the timescale that makes you think: that means this started in 2010, when everyone was excited about the iPhone 4.

What other interaction is five years away now?
link to this extract

Just as webpages grew bloated with ads, so too have ad blockers grown bloated with little-used filtering rules and features that sap their speed and hog your device’s disk space, CPU cycles, and memory. Adblock Fast runs an optimized ruleset to accelerate pages more but consume less system resources than other ad blockers do.

Well that was pretty rapid price deflation.
link to this extract

The Federal Trade Commission reached an agreement with the Justice Department to spearhead an investigation of Google’s Android business, the people said. FTC officials have met with technology company representatives who say Google gives priority to its own services on the Android platform, while restricting others, added the people, who asked for anonymity because the matter is confidential.

The inquiry is in its early stages, and it could end without a case against the company. Regardless, it shows the FTC is again turning its attention to one of America’s biggest companies, two years after it closed a separate investigation into Google’s Internet search business. The FTC’s handling of the earlier probe left some technology companies skeptical of the agency’s willingness to bring a case, according to the people.

Spokesmen for the FTC and Google declined to comment.

I thought that a similar case (or class action) had already been tried and failed in the US. I have trouble seeing how the FTC would make the US’s required triumvirate of antitrust proof – dominant position, annexing of adjacent market, harm to consumers – stick. The first two might be true, but the third feels like a hell of a stretch.
link to this extract

Ad-supported is 56% of US streaming revenue » Music Industry Blog

According to the IFPI ad supported streaming accounted for just 19% of all US streaming revenues in 2014, down from a high of 30% in 2011.  Which points to the success of subscriptions.  Except that those numbers ignore a major part of the equation: Pandora (and other semi-interactive radio services).  The IFPI has Pandora hidden away with cloud locker services, SiriusXM and a mixture of other revenues in ‘Other Digital’.  Extracting the semi-interactive radio revenues that count as label trade revenues wasn’t the most straight forward of tasks but it was worth the effort.  Once Pandora is added into the mix it emerges that 56% of US streaming revenues are from free, ad supported services.  While that share is down from a high of 66% in 2012 it remained flat in 2013 and 2014.  Which means that however fast subscriptions grew Pandora, Slacker, Rhapsody UnRadio and co grew even faster in order to offset the decline in on demand ad supported income.

Sneaky of the IFPI. Pandora is a listed company in the US – can hardly call it core. And this is before you include YouTube, which many teens use to stream entire albums while not actually watching the screen.
link to this extract

BlackBerry’s Android move may be too late » Jackdaw Research

being an Android OEM is a pretty uncomfortable place to be right now. Competition is intensifying, the biggest players are struggling, and small lower-priced vendors are taking increasing share. The big question is whether BlackBerry can really turn handsets around at this point, or whether it’s simply too late for the brand, which has been tarnished by all that has happened over the last few years. My sense is that many users have moved on at this point, and that even if enterprises like the BlackBerry platform, employees won’t. The reality is that there are still some industries where BlackBerry devices are the only option, and therefore I think it’s likely that BlackBerry will continue to make devices for some time to come, but the question is whether that can ever be a profitable business for them again.

Ooh, I know this one! It’s “no”: by my calculations BlackBerry’s handset business has lost money (quite a lot in some cases) for 15 quarters in a row. Android won’t solve that.
link to this extract

1 thought on “Start up: ad traffic fraud, adblocking goes paid and free, US v Google?, BlackBerry to Android, and more”