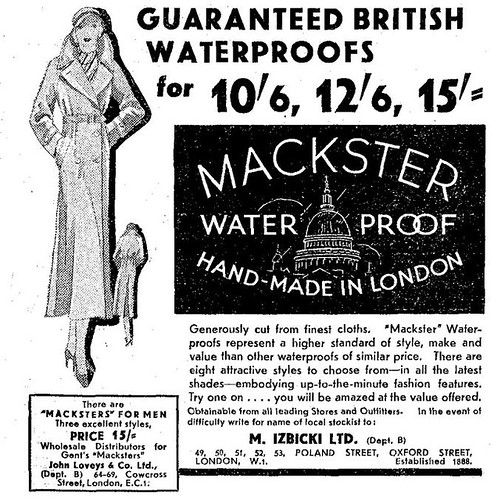 If only it were as simple as this for phones. Photo by Bradford Timeline on Flickr.

Customer Match allows you to upload a list of email addresses, which can be matched to signed-in users on Google in a secure and privacy-safe way. From there, you can build campaigns and ads specifically designed to reach your audience.

Let’s say you’re a travel brand. You can now reach people who have joined your rewards program as they plan their next trip. For example, when these rewards members search for “non-stop flights to new york” on Google.com, you can show relevant ads at the top of their search results on any device right when they’re looking to fly to New York. And when those members are watching their favorite videos on YouTube or catching up on Gmail, you can show ads that inspire them to plan their next trip.

Using Customer Match, you can also generate Similar Audiences to reach new customers on YouTube and Gmail who are likely to be interested in your products and services. For example, you can drive awareness on YouTube for new non-stop flights by showing TrueView ads to prospective customers who have similar interests and characteristics to your rewards members.

The quest for “relevant ads” must be pursued continuously. (Facebook already has a similar system.)
link to this extract

on the occasion of Indian Prime Minister Narendra Modi’s visit to our U.S. headquarters, and in line with his Digital India initiative, we announced a new project to provide high-speed public Wi-Fi in 400 train stations across India.

Working with Indian Railways, which operates one of the world’s largest railway networks, and RailTel, which provides Internet services as RailWire via its extensive fiber network along many of these railway lines, our Access & Energy team plans to bring the first stations online in the coming months. The network will expand quickly to cover 100 of the busiest stations in India before the end of 2016, with the remaining stations following in quick succession.

Even with just the first 100 stations online, this project will make Wi-Fi available for the more than 10 million people who pass through every day.

The Productivity and Business Processes segment includes results from Office and Office 365 for commercial and consumer customers, as well as Dynamics and Dynamics CRM Online.

The More Personal Computing segment includes results from licensing of the Windows operating system, devices such as Surface and phones, gaming including Xbox consoles, and search.

This is surely going to obfuscate things more than ever; the latest scheme, which had seven reporting segments, had only been in place for three years – replacing one with six segments. The fewer reporting buckets, the less help it is trying to understand what is and isn’t working at the company.
link to this extract

The e-mail comes from a service called Betabound, a site that allows users to request access to different varieties of beta programs. In this instance though, it’s a doozy. The notice — in its entirety below — simply states:

We’re excited to invite you to come test Apple Music for Android. If you’re a current Android user that would like to join the beta for the new music streaming service, you won’t want to miss this opportunity. To learn more and apply, click the link below. Best of luck! The Betabound team.

Once you follow the link, you’ll be hit with a series of music related questions, some of which are real head-scratchers.  For example:

If you could only listen to 5 albums for the rest of your life, what would they be and why?

How do you even answer that? I’d be hard pressed to come up with an answer, though if the successful completion would get me into the Apple Music for Android beta I’m sure I could come up with something.

If you want to try your luck and see if you can get into the beta, you can sign up on Betabound’s website.

Yup, it’s really there. Big questions:
• will it follow Android’s Material design, or look like an iOS app?
• Will it try to integrate iTunes content, or just offer streaming/DRM downloads?
• How will it avoid the relentless one-star trolling of Android fans that greeted the “Move to iOS” app?

And now…
link to this extract

Bob Lefsetz is an acerbic viewer of what’s happening in the music business, and he doesn’t like how Apple is handling its own shift:

this is death in tech. If you’re not willing to destroy the old business model on the way to the new, you’re gonna lose in the long run.

Yes, Apple has zillions of credit card numbers. Yes, Apple is the world’s most valuable company, a juggernaut. But IBM is a shadow of what it once was, as is Microsoft. Nothing is forever. When the great disruption comes you’ve got to sacrifice what once was, however profitable it might be, or you will die in the future.

This is what’s happening with Apple Music, and this hurts not only Apple, but the music business at large.

It’d be like having a CD player that spins vinyl. Actually, they tried this. Needless to say, it failed.

As for streaming sound quality, Clayton Christensen went on to say that the new solution may not equal the quality of the old, but it’s good enough and it’s cheap. If you’re an iTunes customer you’re going to go to streaming, you just don’t know it yet. Because streaming is cheaper if you’re a heavy buyer, and owning nothing you can gain improvement along the way.

His argument that you want different apps for music you “own” and for “streams” feels right. Apple’s problem though would be how do you make people start to use the “streams” one? There must have been big fights over this internally. The present system feels like a compromise that hasn’t quite worked.
link to this extract

Samsung’s Milk Video to be shut down November 20 » Variety

Samsung is shuttering its Milk Video service in November. The company announced the shut-down on Google Play Monday, writing: “While we remain committed to providing premium entertainment services, we have decided to end support for the Samsung Milk Video app as of November 20, 2015.”

A Samsung spokesperson declined to comment on how the closure will affect Milk Video staff.

The closure comes almost to the day a year after Samsung launched Milk Video as a mobile-focused service focusing on short-form video content. Samsung at one point envisioned Milk Video as part of a larger suite of content-focused apps for mobile devices, which also includes the company’s Pandora-like Milk Music service.

Samsung struck some deals with Vice, Funny or Die and others for exclusive short-form content, and complemented these clips with aggregated videos from YouTube, Vevo and other sources.

Roettgers wrote about layoffs in those units back in May. Is this the end of Samsung’s content strategy?
link to this extract

The Apple Watch is perfect. On paper. » getwired.com

Wes Miller (who generally likes his Apple stuff) is taking his Apple Watch back, after a week, because he can’t find anything really relevant that it does for him:

The former product manager (and former development manager) in me sees how we arrived at this point. The Apple Watch team was established long ago, and started on their project. At one point, pressure from above, from outside, from investors, who knows… forced Apple to push up a launch date. The hardware was reasonably ready. But the software was a hot mess.

Traditionally, Apple excelled when they discarded features that weren’t ready, even if competitors already did them in a half-assed way – winning over consumers by delivering those features later when they’re actually ready. Unfortunately, you often get a product manager in the mix that pushes for a feature, even if it can’t really be implemented well or reliably. The Apple Watch feels like this. It offers a mix of checkbox features that, yes, you can argue, kind of work. But they don’t have the finish that they should. The software doesn’t respect the hardware. In fact, it’s giving a middle finger to the hardware. Even WatchOS 2 fails to deliver adequate finish. The list of features that the Watch promises sound nifty. But actually living with the Watch is disappointing.

If you don’t want to watch – he dunks the new phones in some bowls of water for an hour. They keep working. Apple has said nothing about the waterproofiness of the new iPhones.

Moving on…
link to this extract

Sony changes stance on waterproof phones: do not use underwater » Xperia Blog

Specifically: don’t put it in seawater or chlorinated water such as swimming pools. Or in juice. Distilled water might be OK. It’s not quite the selling point it used to be, is it? Especially as it had promotional campaigns showing the phones being used to take photos underwater. And people *do* use them to take photos underwater – and like them for that.

Kudos to the Xperia blog, which has pulled together a slew of ads where Sony has shown the phones in water to push that “waterproof” idea. Over to you, Sony.
link to this extract

How many Ubuntu Phones are there? » RPadovani

Padovani, an Ubuntu contributor, does some maths:

As app developer, and mainly as big supporter of the project, it’s a question I ask myself often.

I don’t have the answer, but I can try to make a guess using a useful statistic I have: the number of times the Calculator App has been updated.

The statistic I have access is the number of unique users that have updated the calculator app at least once. The last update of calculator is from 8 Jun ‘15. So phones that have been sold later probably already included the update. Let’s say then the number of users I guess is updated to end of July ‘15.

This means the only market we consider is Europe. Russia, India, China and the rest of the world have started to have available the phones later this year.

His conclusion: probably about 25,000 by the end of September. Yes, twenty-five thousand. Remember when Ubuntu/Linux/Firefox OS was going to be the future third/fourth mobile ecosystem?
link to this extract

Just because BlackBerry has finally admitted that it does have an Android smartphone doesn’t mean everyone might be on board with the plan. And “not everyone” might even include CEO John Chen. The chief executive gave the Business News Network an exclusive glimpse at a working BlackBerry Priv, the company’s first “true” Android smartphone. But in trying to demo the smartphone that “runs Google”, Chen is visibly seen struggling to figure out how to actually use the device, as well as probably some hints of unresponsiveness with the touch screen.

In his defense, Chen is, after all, the CEO of BlackBerry, not of Samsung, of LG, or Motorola, or any other Android device maker.

That’s not a defence. Can you imagine any tech CEO struggling so badly as this with the device they hope to make money on? They haven’t even sorted out the naming: Chen pronounces it “Priv”, with a short “i” (as in “privet hedge”), and then talks about it offering “pryvacy” (with a long “i” as in “prying”). Can’t operate the phone, isn’t on top of the marketing. That’s bad. BBN took the original video down and offered it in a non-embeddable view on its site, hence this link to a YouTube re-upload.


link to this extract