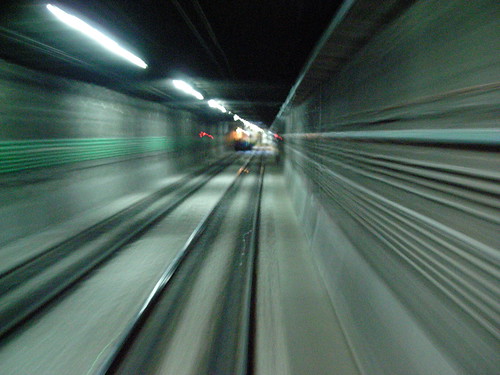 The Google founders’ approach to triaging email. Photo by M@XONGS on Flickr.

A selection of 8 links for you. May contain the word “smartwatch”. I’m charlesarthur on Twitter. Observations and links welcome.

Use cases for smart watches » Action at a Distance

I have been using an Android Wear smartwatch for the last three months, exploring different software options and possibilities. What follows is a list of the roles I have found it playing in my life — my use cases, in software engineer jargon. I’m not going to pretend this isn’t a very personal list; perhaps none of these things appeal to you, would be a reason for you to desire a smartwatch. But then again, there are surely more use cases I don’t care about or haven’t found that you do. This is by no means an exhaustive list.

However, note that there are a couple of well-discussed banner features people associate with smartwatches that I’m going to skip over purely because they have already been thoroughly discussed elsewhere: fitness (not only through step counters and heart rate tracking, but also utilities like interval trainers and performance recording like Strava and Runkeeper) and notification triage. What I’m trying to do with this post is point out some less commonly thought of use cases than these.

Good to hear from someone who has actually been using this for longer than a few minutes.

When I worked at Google in 2006/2007, Larry and Sergey held a Q&A session, and this exact question was asked of them. One of them answered (I don’t remember which) with the following humorous response (paraphrased):

“When I open up my email, I start at the top and work my way down, and go as far as I feel like. Anything I don’t get to will never be read. Some people end up amazed that they get an email response from a founder of Google in just 5 minutes. Others simply get what they expected (no reply).”

Seems pretty sensible to me. That’s roughly how I work. Which is why I haven’t responded to your email, and probably never will.

replaces proprietary sync and cloud services with something open, trustworthy and decentralized. Your data is your data alone and you deserve to choose where it is stored, if it is shared with some third party and how it’s transmitted over the Internet.

Selling points (if you can have that on something that’s free):

• Private. None of your data is ever stored anywhere else than on your computers. There is no central server that might be compromised, legally or illegally.
• Encrypted. All communication is secured using TLS. The encryption used includes perfect forward secrecy to prevent any eavesdropper from ever gaining access to your data.
• Authenticated. Every node is identified by a strong cryptographic certificate. Only nodes you have explicitly allowed can connect to your cluster.

Bill Esbenshade looks at Apple’s Watch as a low-end disruptor:

A lot of people are looking at the Watch and saying “it’s not good enough” because of a range of issues related to functionality/reliability: battery life too short, watch too thick or clunky looking, too tethered to the iPhone, not enough health sensors, etc.

The irony is that these shortcomings should be good news for the Watch’s future. That’s because under disruption theory, when a product isn’t good enough on a range of performance dimensions, then the vendor has lots of things to improve — through new product versions — before the product starts overserving. See Concepts page and discussion of Clayton Christensen. This means there’s lots of room for Apple — as an integrated manufacturer — to making sustaining leaps ahead of more modular smartwatch competitors relying on Android. See post titled Apple’s Long Term Advantages. Apple has plenty of room to improve the user experience and move up the improvement trajectory without overserving.

(Esbenshade owns Apple stock.) My own query is – shouldn’t this sort of disruption be coming in from the high end or the low end? The Watch seems to approach from somewhere around the middle.

Robert Graham on The Intercept’s story on the matter:

The Intercept doesn’t quote people who actually know what they are talking about. As I repeat over and over, for every Snowden document, there’s some expert who has presented on that topic at BlackHat, DefCon, or similar hacking/cybersec conference. There’s no excuse for writing a story on these topics and quoting only activists like Soghoian rather than technical experts from these conferences. For example, a quick search of “BlackHat reverse engineering chips” quickly lead to this presentation.

I point this out because another subject of that Intercept article was about trojaning XCode, the Apple development tool used to compile iOS apps. A quick search would have come up with a BlackHat presentation by Errata Security’s own David Maynor where he trojaned Microsoft’s compiler, GCC, and a lesser known compiler called LCC. There’s no excuse for writing this story without reaching out to Maynor, or even Ken Thompson, the co-creator of C/Unix who inspired compiler-trojaning.

Again with compilers, there’s context that is carefully hidden by the Intercept story.

Complex topic, though, which has got everyone looking over their shoulders, and quizzically at their compiler errors, saying “But is it a REAL error, or..?”

Haje Jan Kamps has the scars to prove it:

the legal costs were only step one of the battle. The electronics and software design for Triggertrap Ada ended up costing vastly more than we had originally budgeted, in part because it turned out that we couldn’t use the microprocessor we wanted to (the electronics agency claimed that the original microprocessor didn’t have enough memory), and had to do several more design iterations than we had anticipated. Compared to our original project budget, we spent 9.4x more on this phase than we planned to.

In part because of the additional design iterations, we ended up having to spend two and a half times what we had budgeted on our prototyping costs — high-quality 3D printing and subsequent hand-finishing of prototype plastics is hideously expensive — and our industrial and plastics design went significantly over budget.

Kagami is a student of disruption theory and practice, and has an interesting take: that it’s the existing watch brands that will thrive in the newly created smartwatch space:

Without going into detail, this is what I expect the smartwatch landscape to look like after the dust has settled;

• Apple will be the undisputed number 1. They will aggressively innovate on the Apple Watch, even to the extent that it cannibalises the iPhone. The Apple Watch will gradually become more and more independent of the iPhone.

• The current Android smartphone OEMs will initially play in the smartwatch market, but they will fail to make profits due to their lack of brand power. Eventually most will retreat from the smartwatch market and focus on making big and powerful smartphones. The few that remain will only get the scraps from the very low-end of the market. The exception might be Samsung. If their Tizen operating system enables them to innovate faster than Android Wear, there is the possibility that Samsung will be able to profit from smartwatches (due to the lock-in they get).

• Current watchmakers will be the major Android Wear players in the smartwatch space, especially in profits. The electronics will be provided by the Shenzhen ecosystem or a chipset provider (maybe Intel). Depending on how well Google can monetise from Android Wear, we might see some rapid innovation.

Microsoft has its ‘groove back,’ say some CIOs » WSJ

Michael Sajor, CIO of Apollo Education Group, stopped meeting with Microsoft sales executives a few years ago because they tried to sell him software without bothering to learn about it would help him run his business. “They were, all-around, just a pretty ugly company to deal with,” Mr. Sajor said.

But Mr. Sajor said the company is showing “signs of life” improving its focus under Mr. Nadella. Now Microsoft representatives ask how they can better support the 250,000 University of Phoenix students for whom Mr. Sajor provides technology. Two months ago, Apollo converted from the on-premises Office software to Microsoft’s Office 365 productivity software, which includes the version of Office for iPad. He said the company still has some work to do to solidify customers’ trust in the company, but he’s optimistic in his experience with the company under Mr. Nadella. “If they stay on track, they’ll win our hearts and minds like other companies have done by becoming real partners,” Mr. Sajor said.