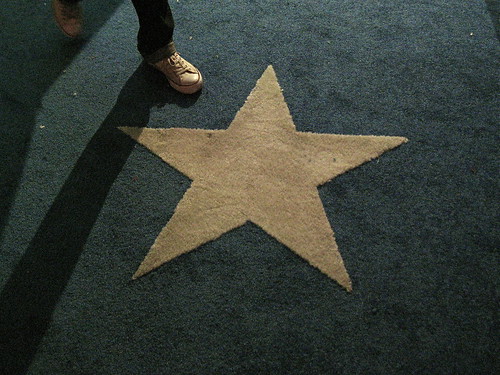 Oh yeah? Well I would say it’s a terrible rating. Photo by rynsms on Flickr.

A selection of 10 links for you. Yes, I’ve tweaked the CSS for blockquote. I’m charlesarthur on Twitter. Observations and links welcome.

Zane Lowe to leave BBC Radio 1 for Apple » The Guardian

New Zealander Lowe, credited with helping to make the name of British music stars such as Arctic Monkeys, Adele and Ed Sheeran, is moving to America with his wife and two sons to work at Apple.

His final show in the prestigious evening slot will go out on 5 March. Lowe, who joined the station from XFM in 2003, said: “I want to thank everyone at Radio 1 for their support and friendship.

“The station has allowed me to share incredible music with the country’s best music fans – I’ve loved every minute of it. Exciting times lie ahead.”

This is fascinating. US readers probably won’t have any idea how influential Lowe is, but those few famous names are just an indicator – and he has continued his enthusiasm for decades. (I was listening to him when he was on London’s XFM 15 years ago, when he presented a nightly chart of new music.) Obviously, he’s going to be something to do with Beats Music as it gets rebranded.

Five years later, a full-on retreat from what made Windows Phone special » Thurrott.com

Microsoft CEO Steve Ballmer announced Windows Phone 7 Series at Mobile World Congress on February 15, 2010. “This is really about the phones and how the consumer will react to these devices,” he said during his introductory speech, setting the stage for the first big change: Microsoft was focusing Windows Phone 7 Series on the same high-end consumer smart phone market as the iPhone, and not on the traditional business market.

“We design for life maximizers,” a Microsoft representative told me at the time. “Windows Phone 7 Series is not about information workers.”

What’s a life maximizer, you ask?

“They’re 38 years old, 76 percent of them are employed, and 73 percent are in partnered relationships,” I was told. “They do care about work email. But what’s important to this audience is not feeling overwhelmed, balancing priorities, growing personally and professionally, and living life to the fullest.”

Yes. Really. And to spare Microsoft further embarrassment, I won’t get into the “personas” they created to show how Windows Phone was going to make everyone’s life better.

An object lesson in how you should not design your product to a tightly imagined demographic. It’s a fascinating article, full of reminders of things Windows Phone used to do but has now largely given up on. I still wonder what Microsoft gets out of Windows Phone, the platform, since it’s effectively the only company making handsets for it.

Unintentionally (on the part of the video maker) hilarious, but also depressing: he’s being told by Google Chrome that OKCupid’s SSL certificate isn’t entirely valid, and it blocks him from going there. So what does he do? He sees the problem as “my browser is mispelling it ‘https’ instead of ‘http'”, and why won’t it let him to go the site when Firefox will?

Point to bear in mind: it’s not the user who’s stupid here, it’s the people writing the error messages and associated jargon. (Though you can also make a separate determination about the user based on his videos.)

MIT uses patent from 1997 to sue Apple over chips » Gigaom

The Massachusetts Institute of Technology filed a patent lawsuit against Apple and its suppliers this week, claiming that semiconductor wafers found in the company’s computers and mobile devices infringe on a patent obtained by two academics more than 15 years ago.

The lawsuit, filed Thursday in Boston federal court, claims that Idaho-based Micron Technology knew about a laser-cutting method described in the patent, but used it all the same when supplying DRAM semiconductor devices for products like iPhones, iPads and MacBook Airs.

The patent itself was issued to Joseph Bernstein, who is now an engineering professor in Israel, and a co-inventor, Zhihui Duan. MIT claims it controls the right to the patent, which has a 1997 filing date and was issued in 2000. The school says it’s entitled to damages and to royalties on all Apple products that contain chips using the laser method in question.

Seems that this is a lawsuit for Micron, not Apple, though MIT claims Apple commits contributory infringement by importing and selling equipment containing specific Micron products.

Daisuke Wakabayashi and Mike Ramsey, following up on the FT report by Tim Bradshaw and Andy Sharman:

Apple may decide not to proceed with a car. In addition, many technologies used in an electric car, such as advanced batteries and in-car electronics, would be useful to other Apple products, including the iPhone and iPad. Apple often investigates technologies and potential products, going as far as building multiple prototypes for some things that it won’t ever sell. Any product would take several years to complete and obtain safety certifications.

But the size of the project team and some of the people assigned to it indicate that the company is serious, these people said. Apple executives have flown to Austria to meet with contract manufacturers for high-end cars including the Magna Steyr unit of Canadian auto supplier Magna International Inc.

Steve Wildstrom (who is, happily, recovered from brain surgery):

Apple has an interest in autos, but that certainly is for developing systems for cars–support for the iPhone is already common and is likely to be expanded–but not designing or building cars. Although cars are increasingly wheeled computers, everything about their manufacture — their regulation, their sales, their ownership — is dramatically different from anything Apple knows.

The car business also violates Apple’s core move that new products should quickly be profitable. Tesla is in its fifth year and its losses are growing at about the same rate as its sales. CEO Elon Musk admits profits are still quite a distance away. Apple could afford to buy Tesla in the extremely unlikely chance Musk was interested in selling it but it simply does not fit its approach to business. Starting a new car company would be even more complex, more expensive, and less practical.

Even with the report over the weekend of Apple hiring a team with car expertise, his point about buying Tesla is an excellent one. Apple doesn’t buy lossmaking established businesses – with one exception: NeXT Computer in 1996.

The idea with Helpouts has been to leverage Google’s identity tools, payment technologies and online video service in order to provide web users with both free and paid advice and support sessions covering a range of topics. Today, the Helpouts website continues to work, offering sessions on topics like Photography, Parenting, Fashion and Beauty, Cooking and much more. Unfortunately for Google, much of this sort of advice is already available for free on its other video site, YouTube. While YouTube videos may not connect you with a live person in real-time, they can often give you the answers you’re looking for, and YouTube’s advertisements help the videos’ creators generate additional income.

Google’s Helpouts service has not been without its challenges on the monetization front, either. A couple of months ago, Google had to shut down paid Helpouts in the EU thanks to changing tax laws. Today, the website advises providers from the U.K. and Ireland that they may only offer free Helpouts, and EU customers may only take free Helpouts. That’s likely been a blow to the service’s ability to attract providers and consumers in these markets.

Survival: 531 days. “It hasn’t grown at the pace we expected,” Google says. Note also the first comment on Hacker News from when it launched.

Ron Amadeo in a piece from October 2014 that is very relevant in that light:

Judging by Google’s messy and often-confusing product line, it’s something the company takes to heart. Google likes to have multiple, competing products that go after the same user base. That way, if one product doesn’t work out, hopefully the other one will.

The most extreme case of this has been Google’s instant messaging solutions. At one point there were four different ways to send a text message on Android: Google Talk, Google+ Messenger, Messaging (Android’s SMS app), and Google Voice. Google Hangouts came along and eventually merged everything into a single instant messaging platform.

Mercifully, Google has a single, unified instant messaging program now, and all further IM efforts will be poured into this, right? Wrong. A report from The Economic Times of India says that Google is working on a fifth instant messaging program. This one reportedly won’t require a Google account and will be aimed at Whatsapp. In KitKat Google removed the stock SMS app and used Hangouts for SMSes, but in Lollipop it is adding back an SMS client, so soon we could potentially be back up to three texting clients. The unified Hangouts update also added a second dialer app to Android, so now there is the main Google Dialer that was introduced in KitKat and a new Hangouts Dialer that makes VOIP calls. Users went from needing IM unity, having it, then chaotically clamoring for dialer unity.

At the price of annoying and/or confusing the users, of course. Notable that it has never felt the need to A/B its front search page.

After the rumours of that Microsoft-Samsung app deal, Jan Dawson comments:

I wouldn’t be at all surprised if at least some flavor of Cyanogen devices in future come with Microsoft apps and services where the Google ones would normally be. We won’t see Microsoft launching another Android-based line of devices, but rather an Android-based line of devices that puts Microsoft’s services and apps front and center. That, after all, is the real goal here: getting Microsoft’s services in front of as many customers as possible, integrated into the platform in a way that makes them the default options for key tasks, and which provides benefits across the platform. Windows Phone has been the only platform where that’s been true, but Cyanogen could easily become a second. Quite what Cyanogen’s current customer base would make of that is unclear, but then Cyanogen’s future depends on broadening its appeal way beyond the hackers and tinkerers who flash alternative ROMs on their Android devices, and Microsoft could be a great fit there.

Yes. Absolutely. This is a terrific solution for both Cyanogen and for Microsoft – but a looming problem for Google if Microsoft can begin to impose its services on millions of phones.

And many more reviews from the toughest (and most entitled?) audience ever. (Via @daveverwer of iOS Dev Weekly.)