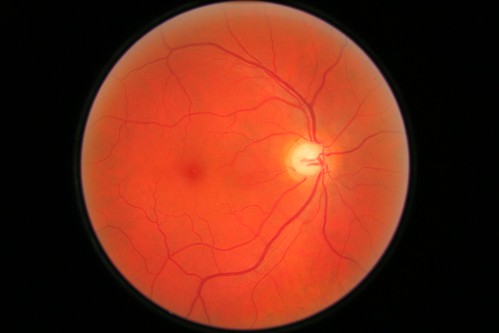 The inside of Peter Morgan’s eye.

A selection of 12 links for you. Clean regularly. I’m charlesarthur on Twitter – observations and links welcome. (Note: I’ve tweaked – I hope – the font size on each link entry. If the spacing seems off, suggest a better CSS for it. I’m all ears, having twiddled with it to little satisfaction.)

Google overtakes Apple in the US classroom >> FT.com

Apple has lost its longstanding lead over Google in US schools, with Chromebook laptop computers overtaking iPads for the first time as the most popular new device for education authorities purchasing in bulk for students.

Google shipped 715,500 of the low-cost laptops into US schools in the third quarter, compared with 702,000 iPads, according to IDC, the market research firm. Chromebooks, which sell for as little as $199, have gone from a standing start two years ago to more than a quarter of the market.

It marks the first time Google has outsold its rival and consolidates a lead it opened up over Apple this year in the broader education market, which includes higher education establishments, as it closes in on Microsoft Windows, the market leader.

The multibillion-dollar education market has become a battleground for hardware makers trying to win the loyalties of the next generation of consumers. It has traditionally been dominated by Windows devices, which have a decades-long head start on iPads and Chromebooks, but schools are increasingly turning to lower-cost alternatives.

A $500m schools contract in Los Angeles was going to be all-iPad – and then the deal hit the rocks, and LA went for Chromebooks instead.

What is Peek Retina?
It’s a clip-on camera adapter that gives high quality images of the back of the eye and the retina. This helps us to diagnose cataracts, glaucoma and many other eye diseases, ready for treatment.

It has been developed by an award-winning team of experts in eye care, engineering and technology.

Peek Retina combines both a traditional ophthalmoscope and a retinal camera in a mobile phone, providing a portable, affordable and easy way to carry out comprehensive examinations.

It sits neatly over the top of the device allowing a healthcare worker to easily take high-quality images of the back of the eye. It feels much less intrusive for the patient too.

The aim is to bring it to the millions of people who need affordable eye care in poorer regions. A donation would make a great Christmas gift. Or buy one for yourself.

A letter to our Indian users >> OnePlus Blog

This week, we announced that the OnePlus One will finally launch in India on December 2, 2014. This has been a long time coming both for our Indian fans, who have been incredibly patient, and everyone behind the scenes who have been working towards this moment since June.

OnePlus and all of our partners, including Cyanogen, have put countless hours of work into making this launch a success. Just last month, on October 7, Cyanogen released the 38R OTA update which included SAR values inside phone settings to comply with Indian regulations. Therefore, it was surprising and disappointing to hear from Cyanogen on November 26 that they had granted exclusive rights in India over the Cyanogen system to another company. Prior to this, OnePlus and Cyanogen have successfully cooperated to release the OnePlus One or carry out commercial operations in 17 countries and regions (including India). It is truly unfortunate that a commitment we both made to our Indian users will now not be upheld.

Cyanogen’s exclusive partner in India: home-grown Micromax. OnePlus’s solution: set up physical places where it will flash peoples’ OnePlus phones to the newest system. That’s going to be expensive.

Smartphones to commoditise like PCs; margins to contract >> Fitch Ratings

The margins of Asian smartphone makers are likely to contract in the medium term amid heightened competition and product commoditisation, says Fitch Ratings. The slowing pace of hardware development, and more manufacturers achieving a threshold level of build quality and functionality, means that the rapid growth of lower-cost smartphone producers will challenge market-leading incumbents and reduce profitability.

…Fitch expects that Samsung’s credit profile will remain solid, given its technology leadership, integrated structure and wider product range. Apple too is relatively well positioned owing to its strong brand value and ecosystem. Outside the big two, established brands such as LG Electronics, Sony, HTC and Nokia, will face stiffer competition from low-cost Chinese vendors.

It’s the value trap all over again.

Uber said Friday that it has concluded an investigation of New York City general manager Josh Mohrer for alleged privacy violations and has “taken disciplinary actions” against him.

Uber began looking into Mohrer 10 days ago after BuzzFeed’s Johana Bhuiyan reported that Mohrer had accessed her Uber travel data without her permission on multiple occasions. In one instance earlier this month, Bhuiyan arrived for a meeting with Mohrer at Uber’s New York headquarters in Long Island City to find him waiting for her. “There you are,” she recalled him telling her. “I was tracking you.”

Reached Friday afternoon, a spokeswoman for Uber declined to comment on any specifics of the “disciplinary actions” or discuss what might have prompted them other than the BuzzFeed report.

Somehow unsurprising that Uber would go for undisclosed self-regulation on this.

If you need an unusual present for someone who’s always in and out of airports, or rides a bike, or needs an umbrella, here you go. Some great ideas in here.

We live in times of desperate austerity. When you say “well, it’s only the price of a cup of coffee!” you utterly fail to realise that for many people Starbucks represents an unobtainable level of decadent spending.
People have hard lives. After working two jobs, slumped on an endless night bus home, they want relief from the pain and tedium of the working day. Pulling out an old phone – perhaps a hand-me-down, or one bought in happier times – they want to spend what little disposable income they have wisely. Something that gives them bang for their buck.

Renting a movie, like Transformers, works out at £1.30 per hour of enjoyment. Twice as cheap as Monument Valley.

Reading a book, knitting, chatting on the phone with a friend – all cheaper.

As the reviewer [quoted earlier in the post] said – there are many games which are just as good looking as Monument Valley, with far longer play times. Often for free.

This is a classic “functional pricing” argument, which I find is much more widely made (especially over PCs and smartphones and tablets, where “measurement” seems superficially easy – x GHz processor, y RAM, z hard drive storage). It’s also meaningless. I wouldn’t rent Transformers; you could offer it to me free and I wouldn’t watch it. Why? Because in my view it’s crap. Therefore no (non-negative) price is sufficiently low for me.

By contrast, I find Monument Valley to be fascinating, clever, unexpected, memorable – all those things that for me Transformers is not. As for other games that have longer play times and are free – sure, but is Doodle Jump or Angry Birds as memorable as Monument Valley?

I don’t often disagree with Eden, but this seems to me a classic case of mistaking price and value. Equally, it’s one that lots of people make when it comes to apps – which is the problem app makers face.

An Interactive Scale of the Universe Tool

From the teeny tiny to the gianty–… anyway. Terrific way to feel small. (Via Jake Davis.)

When viewed in the right light, the Passport ends up looking pretty. It was unexpectedly the best smartphone we’ve ever used from the perspective of taking care of business. Yes, it benchmarks somewhat below phones in its price range on the tests that would run in the BlackBerry 10 OS. And there’s still a significant “app gap” between the Passport and competing devices. But that’s all background noise when you use the Passport as it’s intended—as an information and communications machine, designed for people who still live and die by the e-mail inbox rather than iMessages and Hangouts and Snapchats.

Unlike this one, most reviews of the Passport miss its point – it’s not a general-purpose smartphone. It’s a BlackBerry.

The baffling and beautiful wormhole between branches of math >> WIRED

Lee Simmons, capitalising on the fact that “wormhole” is a key phrase at the moment (because of Interstellar) and hey, maybe this is new! But it isn’t. If you don’t know Euler’s identity equation, you’re in for a treat though:

the weirdest thing about Euler’s formula — given that it relies on imaginary numbers — is that it’s so immensely useful in the real world. By translating one type of motion into another, it lets engineers convert messy trig problems (you know, sines, secants, and so on) into more tractable algebra—like a wormhole between separate branches of math. It’s the secret sauce in Fourier transforms used to digitize music, and it tames all manner of wavy things in quantum mechanics, electron ics, and signal processing; without it, computers might not exist.

Nexus 9 made on Thursday vs before launch buttons comparison >> Nexus9

Poster “Sebianoti” posted a picture of his old and new Nexus 9 tablets, and commented:

Today my new Nexus 9 arrived, it was manufactured last week, it was shipped to me on Friday from Taiwan and it arrived today. It’s my replacement to my faulty one with extreme light bleed and buttons that are almost impossible to press, as you can see that’s one issue that’s been fixed. This may be the first Nexus 9 in white that has the buttons fixed, at least that’s what HTC’s AVP told me. Light bleed is still present however it’s nowhere near as bad as before.

Seems like damning with faint praise. The LTE version has apparently been delayed. HTC isn’t covering the Nexus name with glory here (and replacements aren’t going to help its bottom line).

Excerpts from my diary of early days at Netscape >> Jamie Zawinski

Here are some excerpts from my diary during the first few months of the existence of Netscape Communications (All Praise the Company), back when we were still called Mosaic. Back when there were only 20 or 30 of us, instead of however-many thousands of people there are today. Back before we had any middle managers.

This is the time period that is traditionally referred to as “the good old days”, but time always softens the pain and makes things look like more fun than they really were. But who said everything has to be fun? Pain builds character. (Sometimes it builds products, too.)

So you want to go work for a startup? Perhaps this will serve as a cautionary tale…

The first one starts at 4am. SGI hardware, Irix 5.3… but the same frustration that will be recognisable to many startups. It starts in July. By September:

We’ve finally announced a public beta to the net, and there are loads of bugs, and they’re hard bugs, sucky, hardware-dependent ones. Some of our private beta testers crash at startup on some SunOS 4.1.3 systems, and I’ve got what seems like an identical system here and it doesn’t crash. And scrolling text doesn’t work with the OpenWindows X server, though it works fine elsewhere.