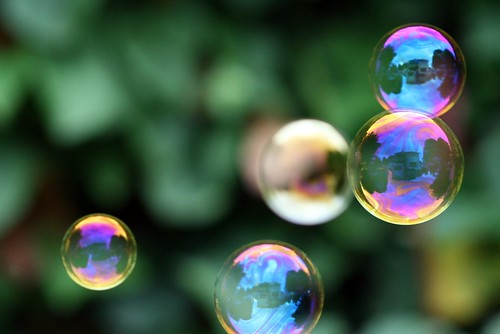 Facebook published a big new study on the filter bubble. Here’s what it says. » Medium

Here’s the upshot: Yes, using Facebook means you’ll tend to see significantly more news that’s popular among people who share your political beliefs. And there is a real and scientifically significant “filter bubble effect” — the Facebook news feed algorithm in particular will tend to amplify news that your political compadres favor.

This effect is smaller than you might think (and smaller than I’d have guessed.) On average, you’re about 6% less likely to see content that the other political side favors. Who you’re friends with matters a good deal more than the algorithm.

You’re probably friends with people who share your beliefs, though. Pariser also has fun facts from the study, which is being torn apart by the wolves of Twitter in various places.

SSD storage: ignorance of technology is no excuse » KoreBlog

Kore stores data as evidence. So it has to be correct:

Digital evidence storage for legal matters is a common practice. As the use of Solid State Drives (SSD) in consumer and enterprise computers has increased, so too has the number of SSDs in storage increased. When most, if not all, of the drives in storage were mechanical, there was little chance of silent data corruption as long as the environment in the storage enclosure maintained reasonable thresholds. The same is not true for SSDs.

A stored SSD, without power, can start to lose data in as little as a single week on the shelf.

SSDs have a shelf life. They need consistent access to a power source in order for them to not lose data over time…

…What started this look into SSDs? An imaging job of a laptop SSD left in storage for well over the 3-month minimum retention period quoted by the manufacturer of the drive before it was turned over to us. This drive had a large number of bad sectors identified during the imaging period. Not knowing the history, I did not consider the possibility of data loss due to the drive being in storage. Later, I learned that the drive was functioning well when it had been placed into storage. When returned to its owner a couple of months after the imaging, the system would not even recognize the drive as a valid boot device. Fortunately, the user data and files were preserved in the drive image that had been taken, thus there was no net loss.

Now imagine a situation in which an SSD was stored in legal hold where the data was no longer available for imaging, much less use in court.

Bet you thought SSDs “store their data forever, no power needed”. Turns out it’s mag disks that do that.

For years, Apple has made fun of Android and its fragmented update system, and it will continue for years more. Microsoft has recently started doing the same. The update system on Android is something Google can ignore no longer, and it needs to do whatever it takes to fix it. Otherwise, it risks having users (slowly but surely) switch to more secure platforms that do give them updates in a timely manner. And if users want those platforms, OEMs will have no choice but to switch to them too, leaving Google with less and less Android adoption.

Google also can’t and shouldn’t leave the responsibility to OEMs and carriers anymore, because so far they’ve proven themselves to be quite irresponsible from this point of view. At best, we see flagship smartphones being updated for a year and a half, and even that is less than the time most people keep their phones.

Even worse, the highest volume phones (lower-end handsets) usually never get an update. If they do it’s only one update, and it comes about a year after Google released that update to other phones, giving malicious attackers plenty of time to take advantage of those users.

Google’s (or its fans’) argument is that updates to Play Services do most of this task. In which case, why have OS updates at all? Even so, there doesn’t seem to be any clear suggestion for how Google can do this. And there’s no real evidence that it turns users off. Chances of change: minimal.

Android Wear on Wi-Fi: Using a smartwatch without a phone nearby » Computerworld

The two devices don’t have to be on the same network or in the same physical location; your phone could be sitting in your car and you could be miles away in a building with Wi-Fi access. As long as the phone is getting some sort of data – be it via Wi-Fi or a mobile data network – and the watch is in a place with an accessible Wi-Fi network, you’re good to go.

I tested this by turning off my phone’s Wi-Fi and Bluetooth and heading out to the gym. Once I was inside the building (and thus in range of its Wi-Fi network), my watch showed itself as being online in less than 30 seconds. From that point forward, without my phone nearby or in any way connected, the Watch Urbane received notifications like new text messages, Hangouts messages, and emails. I could respond to those messages from the watch via voice. And I could send new messages by using the new Contacts list in the latest Wear update, which is accessible by swiping to the left twice from the main Wear home screen.

I could even use apps like Google Keep – viewing existing notes and lists and dictating new ones (which I confirmed showed up in my account almost instantly). I could give regular “Okay, Google” voice commands, too, but those worked somewhat sporadically; some of the time, the watch would time out and give me a “Disconnected” error instead of an answer. That was the only function that didn’t work consistently for me in this context.

This seems potentially useful, and like the sort of thing Apple might add too in a future update – perhaps next year? No point hurrying…

On the clothing of emperors: a rant about 21.co and the future of bitcoin mining » Medium

Bernie Rihn digs into the economics of bitcoin, and mining, and demolishes the idea that 21.co is going to sell “devices you’ll use in your home that will mine bitcoin and pay you back”:

We’ve established from the above (rant-warm-up) that 21 can’t (sustainably, with a straight face) sell anything that mines bitcoin in our house as a network-connected device masquerading as a “heater.”

They are clearly already in the mining business (their mining pool, pool34 was recently outed and is humming along nicely at 3–4 petahashes / second). They are clearly building an ASIC (Application Specific Integrated Circuit, commonly called a “chip”). The question is, for what?

The title on the page is “Google has a secret ‘bench’ program that keeps executives at the company even when they’re not leading anything”, which says it better. Alexei Oreskovic and Jillian D’Onfro explain:

The bench system is an effective but little-discussed strategic tactic in Google’s playbook as the company looks to expand into new markets and keep an edge over a growing crop of web challengers that are all desperate for seasoned internet business experts.

“It helps keep people off the market,” one former Google executive says. “It helps keep the institutional knowledge if you need them back for any reason. And it costs [Google] so little to retain these people rather than to have them leave and start the next Facebook.”

About one-third of Google’s first 100 hires still work at the company, according to “Work Rules!” a recent book by HR boss Laszlo Bock.

It’s more of an informal system than an established program, sources say. But the underlying intention and goals are clear and purposeful. “It’s very rational,” the former Google executive says. (Google declined to comment on this story.)

With its deep pockets and sundry internal projects, Google can offer its elites attractive incentives to hang around, even after they have moved on from, or been replaced in, their previous role. The company will often tell someone to take 18 months or 24 months to figure out what he or she wants to do next at the company, the former Googler says.

Keeping those smart people out of other companies, and keeping their institutional knowledge inside Google, is a really clever move.

In February 2008, a number of major telcos and technology vendors announced the “Rich Communications Suite Initiative” (see here).  I first saw the details a couple of months later, at the April 2008 IMS World Forum conference in Paris.

Or to put it another way, 28 Quarters Later*. [Actually 29 but 28 since he discovered the details. Hence the asterisk.]

However, unlike Danny Boyle’s scary, fast-moving monsters in the 28 Days and 28 Weeks Later movies, RCS is not infected with the “Rage Virus”, but is more of a traditional zombie: dead, but still shambling slowly about and trying to eat your brains. It’s infected with bureaucracy, complexity and irrelevance.

To remind you: April 2008 was also a few months after the launch of the first iPhone, and a few months before the launch of the AppStore. It was also when Facebook Chat, now Messenger, was switched on in my browser for the first time – while I was waiting on the podium, to start chairing the IMS event. The world of mobile devices, apps and – above all – communications has moved on incredibly far since then.

But not for RCS.

Are social sharing buttons on mobile sites a waste of space? » Moovweb

Just because sharing buttons have been popular on the desktop web does not mean they can be ported over with the same experience on the mobile web. And while .02% of mobile users clicking on a social sharing button is a minuscule figure, it does reflect the way social media usage on mobile has evolved: away from the web and toward apps.
Most mobile users access social networks via an app, so they are often not logged in to the corresponding social networks on the mobile web. Pinterest, for example, gets 75% of its traffic from apps.
The heart of the sharing problem is that users must be logged in in order to share. If you’re not logged in, sharing can be kind of a nightmare.

A team of researchers, led by Samuel K. Sia, associate professor of biomedical engineering at Columbia Engineering, has developed a low-cost smartphone accessory that can perform a point-of-care test that simultaneously detects three infectious disease markers from a finger prick of blood in just 15 minutes. The device replicates, for the first time, all mechanical, optical, and electronic functions of a lab-based blood test. Specifically, it performs an enzyme-linked immunosorbent assay (ELISA) without requiring any stored energy: all necessary power is drawn from the smartphone.