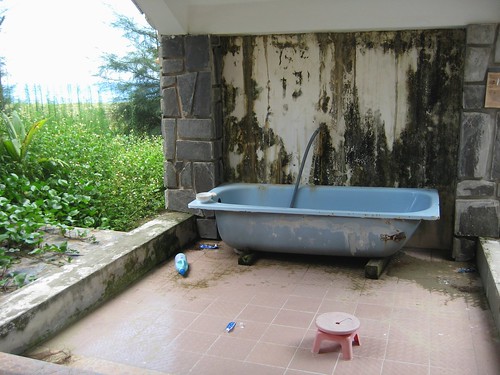 Your flight will be ready to depart soon. Photo by HerrBerta on Flickr.

A selection of 11 links for you. Who knows how they got in? I’m @charlesarthur on Twitter. Observations and links welcome.

The system (rnchq.org) is the same one the George W. Bush administration was accused of using to evade transparency rules after claiming to have “lost” 22 million emails.

Fancy that.
link to this extract

The company went with a bold modular approach for its flagship smartphone in 2016, the G5, and it bombed.

“Profitability was hampered by weak sales of the G5 smartphone and higher marketing investments,” LG said in a statement.

LG did add that it had seen “strong sales” of its V20 device, which was launched in October and features dual cameras.

Nobody seems to have been able to find the presentation document which has the details about the mobile division: revenues $2.5bn, operating profit –$540m, handsets sold 14.1m. All down year-on-year.

It’s the mobile division which lost all the money. Now the question is, after seven (soon to be eight) quarters of losses: why does LG do mobile phones?
link to this extract

Jason Hansford, a senior meteorologist who conducted the storm survey, said he spoke to the woman after the incident.

“She heard the tornado warning come out and she took cover in the tub in her bathroom,” he said. “The only thing she remembers is that the tornado came in from the southwest across her home. At that point the whole backside of her house was sheared off. Her bath tub was ripped out of her bathroom and she ended up still in her tub in some woods near her home.”

Hansford said he didn’t know exactly how far the women, who he estimated to be in her 60s, was thrown. Except for some cuts and bruises, “she was uninjured but emotionally shaken,” he said, adding that her house was totaled

Come on, this is a story that gives us all hope that we can survive in bathtubs.
link to this extract

India is in the midst of a revolution: the Chinese smartphone revolution. For the first time on record, there were no Indian companies ranked among the top five smartphone sellers in the country during the most recent quarter of business.

Samsung and a glut of ambitious, young companies from China have been busy pushing their devices in India, one of the few global markets that has untapped growth potential for smartphone sales, and now there is tangible evidence of their progress.

Samsung led the pile with 22% of the market, ahead of Xiaomi (11 percent), Oppo, Lenovo (both nine percent), and Vivo (seven percent), according to new data from analyst firm Canalys. Indian brands, once dominant, saw their collective share shrink by more than half over the past year.

Indian makers nowhere. But there are now 300m users – second only to China, and well ahead of the US. About 75% of them have mobile data plans.
link to this extract

I’ve always seen open data as the telemetry we need to drive democracy. Sure, open U.S. federal government data tends to be widely dispersed, difficult for ordinary people to digest, and often ignored by the news media. But for years vast quantities of open data about everything from agriculture to mining to education to energy have been available for anyone to peruse or download from government websites.

What sort of data are we talking about? For starters, check out the Open Data 500, an NYU project funded by the John S. and James L. Knight Foundation, which lists hundreds of federal government data sources — and 500 private companies that depend on them.

Open data has always faced challenges: institutional inertia, attempts to conceal incompetence, and so on. The Obama administration gave open data a major boost with Data.gov (a catalog of open federal government data) and other initiatives, including The Opportunity Project (a project to jumpstart open data apps) announced last March. But now, as we enter the Trump era, open data may face its ultimate test.

This is, indeed, the concern. Data collected by federal agencies belongs, legally, to US citizens, as I understand it, and that has been the situation for ages. If Trump and his henchmen try to shut that down, it will probably lead to lawsuits.
link to this extract

Nearly 16% of US consumers now own wearables • Kantar Worldpanel

“Fitness bands continue to outsell more advanced smartwatches,” reported Lauren Guenveur, Consumer Insight Director for Kantar Worldpanel ComTech. “In the fourth quarter of 2016, just 35% of wearables purchased in the US were smartwatches, a decline from 40% in the third quarter of 2016. Apple was the top smartwatch brand in the US, capturing a 50% share vs. 24% in the third quarter pf 2016. The next nearest competitor was Samsung at 17.4%, while the remainder of the market was fragmented among smaller suppliers.”

The Apple Watch Series 2, released in September 2016, boosted Apple’s share of smartwatch sales. Series 2 offers a waterproof design and GPS, while the lower cost of the Series 1 lowered the barrier to entry to attract some additional buyers. The Series 2 was Apple’s top-selling smartwatch for the period at 33%, although there were no holiday discounts on that device.

In the fitness band category, Fitbit continued to dominate sales at 75%, up from 43% in the third quarter of 2016, Guenveur added. Garmin, its nearest competitor, captured a 12.5% share.

Two brands in fitness bands: Fitbit and Garmin. Two brands in smartwatches: Apple and Samsung. Numbers in EU are pretty similar, but from a lower base.

And that explains why we have the next entry..
link to this extract

Abbas Jaffar Ali got the interview with Chialin Chang:

Q: Do you see your relationship with Google and Pixel [HTC made the Pixel for Google, though neither side has confirmed it] continuing over the next couple of years?

A: It’s not something that I can talk about but the relationship between both the sides is good. The Pixel is just one aspect with the relationship to Google. We’re working on multiple things- Google is so big. There’s always a different product.

Q: What are your thoughts on wearables?

HTC later confirmed this to others. (Thanks @papanic for the link to an Android newsblog which was, of course, recycling this.)
link to this extract

For the past few months, Nesta has been working with the GLA, more than a dozen London boroughs, and data science specialists the ASI to develop an algorithm that predicts which of London’s many thousands of properties are unlicensed HMOs – “Houses in Multiple Occupation”.

The motivation for addressing the specific issue of HMOs is twofold.

First, the fact that only 10 to 20% of London’s HMOs are currently licenced is a missed revenue opportunity for local authorities at a time when public sector budgets are tight. Second, unlicensed HMOs are the likely locations of some of the capital’s worst and most exploitative housing conditions. Identifying more of them could raise money and help protect vulnerable tenants.

Open data used for good. But it isn’t as easy as it might sound.
link to this extract

The main reason rolled out by most analysts and media outlets (including this one) has been Xiaomi’s lack of intellectual property. In short, if Xiaomi was going to enter the US or western European markets, it was going to quickly get slapped with multiple patent lawsuits from the likes of Samsung, Apple and others.

We had seen this in microcosm in India where Xiaomi had initially seen sales of its smartphones halted as a result of infringing an Ericsson patent. But that got sorted and India accounted for over $1bn of revenue for Xiaomi in 2016.

Does the patent excuse really wash?

“Everyone points to IP as the challenge at Xiaomi for going and selling more units internationally, but there are many very successful Chinese smartphone vendors that are selling handsets around the world in significant volumes,” Fogg says.

Companies like Huawei, Lenovo, ZTE, TCL (selling phones under the Alcatel brand) as well as up-and-coming brands like Oppo, Vivo and OnePlus have all managed to enter Western markets and continue selling phones there.

Apple’s stated end goal is to perform an in-place file system conversion [from the 20-year-old HFS+ to Apple File System] for all its currently supported devices, including all Macs, iPhones, iPads, iPods, Apple TVs, and Apple Watches. iOS 10.3 will provide some early information on how reliable that conversion will be.

It’s an approach that makes sense; there are way more iDevices than Macs out there, which would increase the number of affected users if anything goes wrong. But iOS doesn’t give users direct control of the file system or of their devices’ partition maps, so it’s a reasonably safe, controlled environment. Macs can have a wider variety of partition and file system setups, increasing the likelihood that some edge case will throw things off. There’s no suggestion in the macOS 10.12.4 release notes that any drives will be converted to APFS, and we may need to wait for the next major release of the operating system before that starts happening.

Not mentioned: how it would do it, and what the benefits are. It does it by creating the metadata collection for APFS on the drive, and then pointing the boot to that collection rather than the HFS+ metadata. Advantages: works better with SSDs. Once it’s on Macs, it should make Time Machine work a ton faster. Notable that it’s coming to iOS – which has many, many more devices using it – first.
link to this extract

At DuckDuckGo, our vision is to raise the standard of trust online, and in service of that vision, our mission is to be the world’s most trusted search engine.

We are proud to say that at the end of last year, we surpassed a cumulative count of 10 billion anonymous searches served, with over 4 billion in 2016! We are growing faster than ever with our first 14M day on Jan 10, 2017.

People are actively seeking out ways to reduce their digital footprint online. For example, a Pew Research study reported “40% think that their search engine provider shouldn’t retain information about their activity.”

In addition to crossing the 10 billion milestone, last year we also donated $225,000 to nine organizations that also raise the standard of trust online, and we encourage you to check them out…

It’s tiny compared to Google, but personally I find its results comparable; and you can copy the links directly – they’re not obfuscated with tracking data like Google’s.

And Weinberg has said it’s profitable; it shows ads based on your intent, just as Google started out doing.
link to this extract