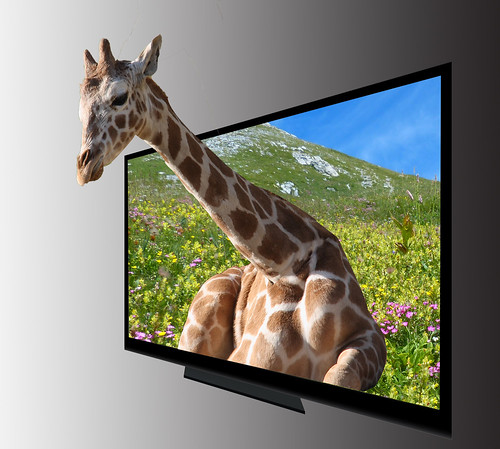 A selection of 9 links for you. They won’t participate in your customs union. I’m @charlesarthur on Twitter. Observations and links welcome.

The FTC has charged Qualcomm with violating the FTC Act. The complaint alleges that Qualcomm:

The FTC is seeking a court order to undo and prevent Qualcomm’s unfair methods of competition in violation of the FTC Act. The FTC has asked the court to order Qualcomm to cease its anticompetitive conduct and take actions to restore competitive conditions.

The payments to Apple constituted billions of dollars, the FTC says; but if Apple used any other baseband in any device, all payments would cease. Perhaps the FTC investigation is what let Intel get a foot in the door in some models of the iPhone 7.
link to this extract

Both timepieces feature Wi-Fi and Bluetooth connectivity, and the Sport model throws in cellular connectivity (with both 3G and LTE data) as well as GPS and NFC radios. This latter component allows the watch to take advantage of Android Wear 2.0’s Android Pay capability.

Along with iOS compatibility, the two watches also share another commonality with the Apple Watch: a digital crown button that serves to facilitate navigation. The displays are touch sensitive as well, and boast handwriting recognition.

Other notable features include Google Assistant integration and water and dust resistance (IP68 and IP67 certifications for the Sport and Style, respectively). Furthermore, the Sport contains a heart rate sensor and, thanks to its cellular components, is capable of untethered telephony with the same phone number as a user’s primary handset.

Untethered telephony sounds neat but I’m unconvinced of its broad usefulness. Note how only one has NFC – which means the one without can’t do Android Pay. (It’s surprisingly useful on the Apple Watch, on every model; I’d rather have that than 3G.)

And digital crowns are a thing. How interesting.
link to this extract

Arcieri on the Guardian’s story suggesting WhatsApp has a “backdoor” because of how it handles authentication if you get a new phone – or, if you’re very paranoid, the security services have tapped your messages:

Signal targets a different audience than WhatsApp: they assume out of the gate that you want a more secure, encrypted messenger. WhatsApp, on the other hand, shipped encryption-by-default that the end user doesn’t even have to be aware of. Where Signal targets an audience of millions, WhatsApp is targeting an audience of billions. The (adjustable) defaults in WhatsApp are designed so encryption can be on-by-default at no cost to the user experience, but still allow those who would like to receive security notifications to receive them by opting in.

Consider what web browsers would be like if they prompted a user to make a security decision whenever the key for a site changed: 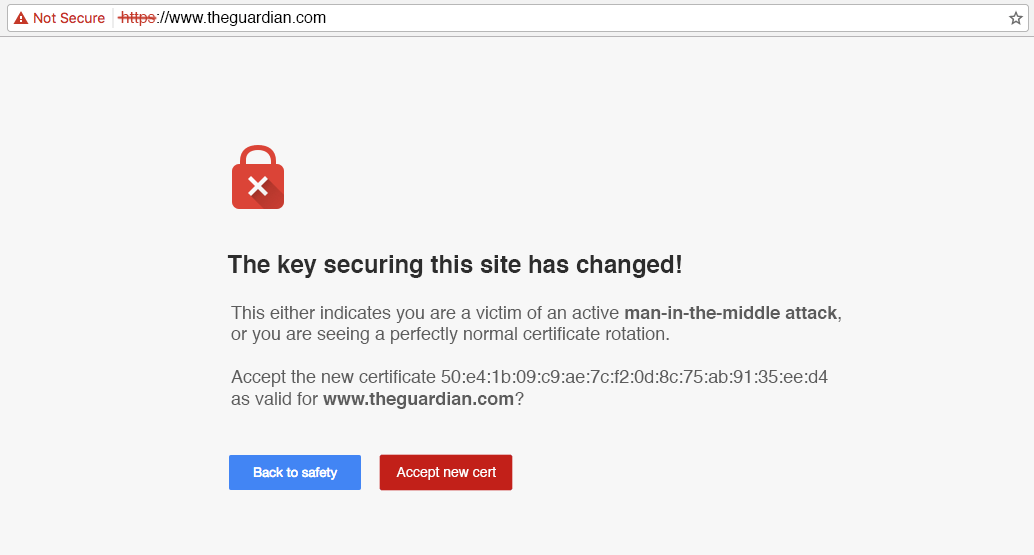 I do not think asking users to make decisions like this would tangibly improve the security of the web. However, I do think it would scare people away from visiting sites in the first place.

If there were a backdoor in a popular encrypted messaging app, that is big news, and it should be reported on.

I haven’t linked to this topic before because I was waiting for it to shake out. One point for Arcieri: Samuel Gibbs (a Guardian staffer) didn’t write the original story; a freelance did. (Gibbs wrote a followup analysis, though without any visible quotes from security experts.)

But the original freelance *did* consult a number of security people about what she had found. On that basis, it seemed solid. The problem with writing infosec stories – I speak from experience – is that you consult three security experts and get four opinions, often conflicting. (Arcieri acknowledges that himself: “most would’ve told you”.) So you pick the most serious claims to write up, since those are the ones people should arguably take notice of. And of course they make good headlines.
link to this extract

CNET asked LG’s Tim Alessi, director of New Product Development, why his company’s TVs no longer have the feature. “3D capability was never really universally embraced in the industry for home use, and it’s just not a key buying factor when selecting a new TV,” he said. “Purchase process research showed it’s not a top buying consideration, and anecdotal information indicated that actual usage was not high. We decided to drop 3D support for 2017 in order to focus our efforts on new capabilities such as HDR, which has much more universal appeal.”

Sony’s reply was similar, if a bit less detailed. “Based on current market trends we decided not to support 3D for our 2017 models,” a representative told CNET.

“I think [the fact that Sony and LG dropped 3D] says that consumers have moved on to other purchase motivators for TV,” says Ben Arnold, Executive Director at NPD. “Things like 4K/UHD, HDR, and even smart have become the key features along with screen size that consumers are buying on.”

So there are quite a few 3D-capable TVs and Blu-ray players out there, but nobody is interested in the content – as Katzmaier also explains later.
link to this extract

Although the new MacBook Pros with OLED Touch Bar have a high ASP, demand is still rather strong. MacBook Pros using the Kaby Lake platform are expected to be released sometime later in 2017, and the platform’s low power consumption is expected to trigger a replacement trend among existing MacBook users, the market watchers noted.

Apple is likely to reduce the price for the 13in MacBook Pro without OLED Touch Bar to increase its overall shipments and will use the device to replace the 13in MacBook Air, the market watchers claimed.

The last of those might be welcomed by some pros. Notice that there’s no word on desktops.
link to this extract

A Samsung Electronics Co Ltd investigation into what caused some Galaxy Note 7 smartphones to catch fire has concluded that the battery was the main reason, a person familiar with the matter told Reuters on Monday.

The world’s biggest smartphone maker is seeking to put behind it one of the biggest product safety failures in tech history as it prepares to launch the Galaxy S8, one of its flagship phones, sometime in the first half of this year…

…Samsung initially announced a recall of some 2.5 million Note 7 phones in September and identified the cause of the fire as a manufacturing process problem at one of its suppliers, later identified as affiliate Samsung SDI Co Ltd (006400.KS).

But new Note 7s with what Samsung said were safe batteries from a different supplier continued to catch fire, forcing the company to permanently halt sales of the device and dealing a 6.1 trillion won ($5.2 billion) blow to Samsung’s operating profit over three quarters…

…The source told Reuters on Monday that Samsung was able to replicate the fires during its investigation and that the cause for the fires could not be explained by hardware design or software-related matters.

Full findings won’t be released until January 23. This seems to be saying that even though they said it wasn’t the batteries, it was the batteries.
link to this extract

Our fibre index will be updated quarterly and forms part of Openreach’s commitment to publish the most up-to-date information about our network.

Britain’s broadband landscape has changed beyond recognition during the last five years, with average download speeds four times faster. The number of homes and businesses able to order a fibre broadband connection from Openreach – via the service provider of their choice – has also risen to over 26 million, compared with just 4 million at the end 2010.

We use the insights like those from the index to make sure we deliver a fibre network fit for the future.

Rosenberg [who is a Democrat and occasional tout, aka scalper, aka reseller] bought the pair of tickets on Craigslist from a “Second Amendment activist” in Katonah, N.Y., last week and immediately listed them on his Facebook account, as well as back on Craigslist.

After striking out on Craigslist, Facebook and even some white supremacist message boards, Yossi Rosenberg pinned his tickets to Donald Trump’s inauguration to a community bulletin board at his office.
But after receiving no interest, he visited a handful of white supremacist websites, including the Daily Stormer, where he posted listings for the tickets on the site’s message boards.

Even then, nobody expressed interest.

It could be that Rosenberg is simply asking for too much. Other Craigslist listings for inauguration tickets appeared Monday, ranging in prices of $175 to $400 per ticket.

He nevertheless pinned them to a community bulletin board at his office, hoping a colleague might take them off his hands.

“Someone offered me $200 for the pair,” he said, well below what he was looking for. “I guess his approval ratings aren’t that high, right?”

As stories go, this one is pretty thinly sourced. Rosenberg is the only person quoted. The tickets don’t cost money (though the allocation method is unclear). We don’t know if scalpers did well or badly at past inaugurations. We don’t know if all the tickets have gone.

Then again,
past tickets from Obama’s inaugurations are going for $500 or so. And there are some crazy prices on Trump inauguration tickets.)
link to this extract

Bubble introduces a new layer of abstraction on the top of programming technologies.
It lets you design your application by dragging and dropping elements and program it with workflows.

No Coding: Bubble is designed for people with no prior programming experience. Learn the basics in 15 minutes and master it in a couple of hours.

Mobile Development: Web apps built on Bubble are responsive and look great on mobile and tablets.
Building iOS apps is in early beta. Leverage our API to connect to your app.

Interesting.
link to this extract