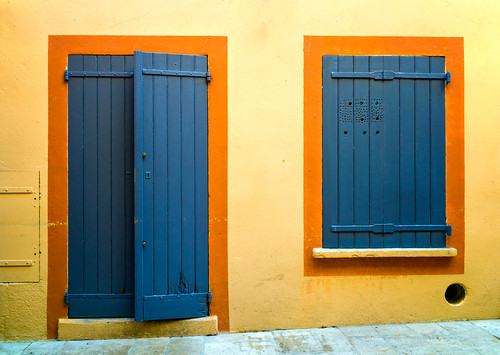 What if Google makes Android proprietary and closes it off? Photo by romainguy on Flickr.

A selection of 9 links for you. Count them if you dare repeat a machine’s work. I’m charlesarthur on Twitter. Observations and links welcome.

Jeff Beck (not that Jeff Beck):

» If you live in the UK or Ireland and own one of Amazon’s affordable 7in tablets, then you need to request a new charger. Amazon has noted that a small quantity of the chargers bundled with these devices have had their housing detach when being removed from the wall, creating a risk of electric shock (no, they are not a fire hazard).

The recall applies to all Fire 7 and Fire 7 Kid’s Edition tablets sold in the UK and Ireland since September 2015. The faulty chargers have the model number FABK7B, which is found on the charger’s face as indicated in the image below.

Amazon is offering a free exchange to affected customers through a voluntary recall. If you own one of these devices you can visit this page to find instructions on the exchange process.

Ben Thompson analyses the US election not from the standpoint of politics or policies, but asking how the internet has changed – and is changing – how it works:

»step back to the world as it was: the one where newspapers (and TV stations, etc.) were gatekeepers thanks to their ownership of production and distribution. In this world any viable political campaign had to play nicely with those who ran the press in the hopes of gaining positive earned media, endorsements, etc. Just as important, though, was the need to buy advertising, as that was the only way to reach voters at scale. And advertising required lots of money, which meant donors. And then, once the actual election rolled around, a campaign needed an effective GOTV effort, which took not only money but also the sort of manpower that could only be rustled up by organizations like labor unions, churches, etc.

It is all these disparate pieces: partisan media members, advertisers, donors, large associations, plus consultants and specialists to manage them that, along with traditional politicians, made up the “party” in the The Party Decides.…

…What is critical to understand when it comes to this more broad-based definition of a “party” is that its goals are not necessarily aligned with a majority of voters.

It’s the same misalignment that one sees repeatedly in the technology industry. And now the Republican machinery – and to a lesser extent the Democrats – are paying the price. Definitely one to read, and consider, in full.
link to this extract

»Adblocking companies acting as a “modern-day protection racket” have been slammed by culture secretary John Whittingdale, who offered government support to those such as newspaper websites hit by the technology.

In a speech at the Oxford Media Convention, the culture secretary said the fast-growing use of software that blocked advertising presented an existential threat to the newspaper and music industries.

He vowed to set up a round table involving major publishers, social media groups and adblocking companies in the coming weeks to do something about the problem.

“Quite simply – if people don’t pay in some way for content, then that content will eventually no longer exist,” he said. “And that’s as true for the latest piece of journalism as it is for the new album from Muse.”

“Ten years ago, the music and film industries faced a threat to their very existence from online copyright infringement by illegal file-sharing or pirate sites,” he added.

He said that in the current climate, adblocking potentially posed a “similar threat”.

Important difference: unlike file-sharing or using pirate sites, adblocking is not illicit. And that round table has already happened: Eyeo, which controls AdBlock Plus, had one in February. Notice also that the proposed round table is missing representation from one key group: the users who are blocking ads.
link to this extract

What if the San Bernardino shooters had been using a Samsung Galaxy phone? » The Washington Post

»According to a Samsung spokeswoman, the encryption option is turned on by default for the Galaxy S6 — and the forthcoming Marshmallow-powered Galaxy S7 — so it’s certainly not out of the realm of possibility.

The government would be unlikely to go to Google for help getting into a phone, said Chris Soghoian, principal technologist at the American Civil Liberties Union. Not only is the Android landscape complicated, but manufacturers, not Google, are in charge of signing the security certificates that prove their software is authentic, he said.

And Google wouldn’t be able to get past security measures on other company’s devices. According to Google, it generally can’t update the firmware — code that controls a phone’s chips, processors and other hardware — on phones it doesn’t make, meaning it can’t modify a phone to accept new software…

… because Android is set up the way it is, law enforcement may have a few more avenues of entry, said Tyler Shields, vice president for strategy at web application security firm Signal Sciences. He said that “the update chain ends up going from Android, to the hardware provider and to the service provider — everyone has their hand in the process.” And that means, in theory, the government may be able to turn to more than one actor in that chain if they wanted to deliver software changes to a device – which the government wants Apple to do in the case of the iPhone used by one of the San Bernardino shooters.

But with Apple, the options are limited.

Samsung says in a statement that it’s against backdoors.
link to this extract

The demise of user research? » Medium

»“In a few short years, user research will no longer exist!”

I declared boldly — if, in retrospect, a bit riskily — during my job interview for Salesforce last year. Despite my prediction (or maybe because of it?), Salesforce hired me to lead user research for Salesforce’s CoreUX team. My blunt statement was not, of course, a repudiation of user research; I believe that user research is essential for any company to create great experiences for its customers and users. User research, is however, at a transitional moment, as fellow user researchers at other companies have also noted.

I wonder how this prediction – which leans heavily on growing use of automated tools to measure user experience “directly”, and quantitative analysis – looks when you weigh it against the direct experience of the user in the link below.
link to this extract

Julieanne Smolinski, a journalist and TV writer, is taking a break from Twitter after being harassed by multiple multiple-account-creating jerks, who Twitter says are “not breaching terms of service”:

»Let me try to explain how I see it. Twitter is like a beloved public park that used to be nice, but now has a rusty jungle gym, dozens of really persistent masturbators, and a nighttime bat problem. Eventually the Parks Department might rip up the jungle gym, and make some noise about fixing the other problems, because that’s what invisible administrators like Twitter staff and municipal recreation departments tend to do. But if the perverts and the bats got to be bad enough with no recourse, you’d probably just eventually stop going.

(Additionally frustrating is that everybody is complaining about the safety issues at the park, and instead of addressing them, the city installs a crazy new slide. What? Nobody was calling for that. What about the perverts? What about the bats?)

I support public parks, and I support free speech. But getting bombarded with epithets and graphic images does not a love for humanity foster. I don’t know where these beardos got the idea that the First Amendment says, “Do whatever the fuck you want, it’s spring break, bitches.” Why do the laws of order and decency not apply to spaces where other people can’t tell you through basic social cues, or, barring that, Tasing, that you’re being a real asshole?

Technology has essentially ziplined past all the difficult social contract and legal infrastructure and face-to-face accountability that led us to negotiate limits on day-to-day expression. And instead of building any of that stuff, instead of addressing basic concerns of safety and gestalt and culture, our most popular platforms seem more concerned with “Haha”-face buttons and silly new engagement models.

I’d like to shift priorities. I want to elevate the need to address that people (particularly women) are being freely terrorized above whether or not a heart or a star is a more fun shape. And until that happens I can take walks and have picnics somewhere else.

»Android L (5.0) is currently on just 34.1% of Google’s Android devices despite having been available for around 18 months which corresponds to the penetration one would expect with virtually no updates being made.

This is a massive problem because it means that any innovations that Google makes to Android to compete against iOS, Windows or China will take 4 years to fully penetrate into its user base.
In my opinion this renders the innovation worse than useless as it will be fully visible to the competition who can copy it and get it into the market long before Google can.

This is why I think that Google has to take complete control of Android culminating in the migration of the Android Run Time (ART) from the Android Open Source Package (AOSP) into Google’s own proprietary Google Mobile Services (GMS). Its recent [court] loss in its war with Oracle has given Google the perfect excuse to close down its version of Android and blame Oracle when developers complain.

I don’t think that this is likely to happen this year, but in 2017, I see the possibility for Android to follow its little brothers Android Auto and Android Wear in becoming fully closed and proprietary. This would allow Google to roll everything up into a single release and distribute it through Google Play, thereby fixing the endemic fragmentation and distribution problems in one go.

Windsor’s point that the penetration of each version of Android is no more than you’d expect from simple sales is well made. And if it does become a sort of Windows, bypassing OEMs for updates, that would allow it to monetise (through the newer features of later releases) more effectively.

Might be a tough one for the “Android is open, open wins” crowd to explain, though. (Some of them are inside Google.)
link to this extract

Ooh! It’s the UK’s national grid activity from moment to moment. With dials so you can pretend you’re actually running it. (Shout into a microphone if it will make you feel more important.) Damn renewables need to pull their weight, though. Coal, nuclear and CCGT (combined cycle gas turbines) generating pretty much everything; wind just 12%. (Via Kate Craig-Wood)
link to this extract

»A senior Facebook Inc executive arrested in Brazil is likely to be released after spending nearly 24 hours in jail due to a dispute over a court order demanding data from the company’s WhatsApp messaging service in a drug-trafficking investigation.

A press representative for the court in Sergipe state that is handling the case said Diego Dzodan, who is Facebook vice president for Latin America, would likely be released in Sao Paulo on Wednesday morning after a judge overturned a lower court decision.

Law enforcement officials withheld further information about the nature of their request to the messaging service that Facebook Inc acquired in 2014, saying that doing so could compromise an ongoing criminal investigation.

Just a warning, then.
link to this extract