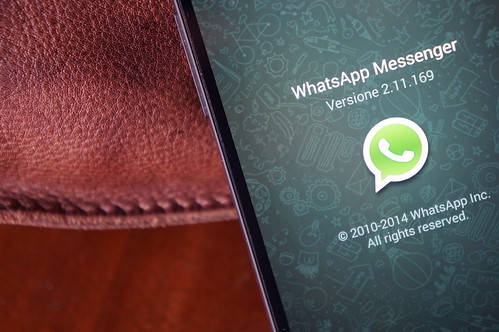 The new essential tool for Indian farmers. Photo by Desiree Catani on Flickr.

(Someone told me the other day that they’d been reading the site for weeks and hadn’t noticed the signup in the above paragraph. Web design, eh?)

A selection of 8 links for you. Friday! I’m charlesarthur on Twitter. Observations and links welcome.

The number of tweets per day created by Twitter’s users has fallen by more than half since a peak in August 2014, according to a sampling of data from Twitter’s API. (An API — application programming interface — is the portal through which other apps access Twitter so their software can function together.) The data was given to Business Insider by an app developer who has tracked Twitter users since 2013.

Tweets per day reached a peak in August 2014 of 661m, our source says. That 30-day sampling period included the World Cup final. In January 2016, there were only 303m tweets per day, on average, during the 30-day period.

This story came out before Twitter’s results, which showed the number of users was flat at best. Twitter responded at the time that “This data is not correct”; but it begins to feel correct. My only suspicion though is that Twitter now doesn’t use sequential tweet IDs, so the sampling method might be sensitive to that. More detail on how the sampling is done would be useful.
link to this extract

Farmers Santhosh Kittur and Abhijit Kamath wanted to grow pesticide-free vegetables between the rows of banana plots each separately owned. Their shared interest in old-fashioned agricultural practices brought them together to grow bitter gourd, cucumbers, beans, cabbage, tomatoes, green chiles, red peppers, onions, and garlic—staples of the Indian customers and kitchens they planned to serve. But their modern approach to marketing has put them in direct contact with customers in a high-tech manner.

Across India, WhatsApp groups are not only connecting farmers to their customers in the virtual market—they’re creating a network of resources and support for the country’s farmers who need it most.

In Kittur and Kamath’s WhatsApp group, created last August, the two farmers post updates from their farms, including photographs, as well as what produce is available to the group’s 80 members. Vegetables are sold on Thursdays and Sundays. Members can place dibs on the quantity of specific vegetables they want and can pick up their order or have it delivered.

There’s a famous piece of research by Upsalla University from 2006 about how mobile phones benefited Tanzanian fishermen. It would be good to see a comparable piece of research around smartphone apps in emerging economies.

(And it’s always amusing to hear Americans’ amazement that people use Whatsapp. Like SMS in the early part of this century, it’s huge outside the US, small inside it.)
link to this extract

Taiwan’s TSMC has won a battle against Samsung Electronics and is going to produce 10-nano application processors (AP) that will be installed in Apple’s upcoming iPhone7. Samsung Electronics has entered a state of emergency system to prevent declination of rate of operation of factories.

Samsung Electronics is aiming for an all-out-war in 14-nano foundry business by going after middle-rank chip businesses in China and Taiwan instead and it is also going to focus its capabilities on maintaining supplies of Qualcomm’s 10-nano. It is also important for Samsung Electronics to plan out high-intensity innovations so that it can take back Apple’s supplies in 7-nano.

According to semiconductor IP and EDA industries on the 10th, Apple has entrusted TSMC with all production of next 10-nano AP called ‘A10’. A10 is so called a brain of iPhone7, which is expected to be released in this fall. TSMC is planning to enter a state of mass-production system of 10-nano chips starting from June.

Recall that Apple dual-sourced from both TSMC and Samsung for the iPhone 6S/Plus, though the TSMC ones seemed to do slightly worse on battery than the Samsung ones.

If true, this is going to hurt Samsung: Apple is a big customer, and the semiconductor division is now the most profitable one, well ahead of smartphones.
link to this extract

Gravitational waves exist: the inside story of how scientists finally found them » The New Yorker

It took years to make the most sensitive instrument in history insensitive to everything that is not a gravitational wave. Emptying the tubes of air demanded forty days of pumping. The result was one of the purest vacuums ever created on Earth, a trillionth as dense as the atmosphere at sea level. Still, the sources of interference were almost beyond reckoning—the motion of the wind in Hanford, or of the ocean in Livingston; imperfections in the laser light as a result of fluctuations in the power grid; the jittering of individual atoms within the mirrors; distant lightning storms. All can obscure or be mistaken for a gravitational wave, and each source had to be eliminated or controlled for. One of LIGO’s systems responds to minuscule seismic tremors by activating a damping system that pushes on the mirrors with exactly the right counterforce to keep them steady; another monitors for disruptive sounds from passing cars, airplanes, or wolves.

“There are ten thousand other tiny things, and I really mean ten thousand,” Weiss said. “And every single one needs to be working correctly so that nothing interferes with the signal.” When his colleagues make adjustments to the observatory’s interior components, they must set up a portable clean room, sterilize their tools, and don what they call bunny suits—full-body protective gear—lest a skin cell or a particle of dust accidentally settle on the sparkling optical hardware.

This is the one story to read today about this amazing finding. Detail and insight.
link to this extract

Chief Design Officer Scott Croyle warns that the early supply will be limited.

“There will be maybe 3,000 to 6,000 phones available,” he said in an interview Wednesday. In comparison, Apple sold 13m iPhone 6S and iPhone 6S Pluses in their first three days.

The launch of the online store and the Robin marks the culmination of an unorthodox journey for a phone maker. Rather than go through a carrier, which is how most people shop for handsets, or even set up an online store, Nextbit tested the waters by asking for commitments through Kickstarter and nearly tripled its goal of raising $500,000.

But this is part of the future for smartphones – niche players offering a quirk (in this case, tons of cloud storage) which don’t need huge capitalisation because they sell online with low inventory.
link to this extract

Ian Schafer is founder and chairman of Deep Focus:

Twitter is a platform unlike any other, in that it has enough real-time data and intelligence that can be mapped against over 300 million active users. These users are more likely to be more influential and use other media concurrently (especially TV).

Therefore, a compelling argument can be made that, if used properly, Twitter’s real-time user behavior and media-consumption data can be among the most valuable consumer data. In most cases, advertisers will be willing to pay a premium for that. But because so many scrutinize Twitter’s ad experience, doubts abound.

There’s a lot of talk from people who want Twitter to open up its APIs again. I think they’re half-right.

If Twitter wants to realize its full potential, it will make its data completely portable for advertisers, becoming the primary source for real-time business and consumer intelligence. It will use its (and its users’) media savviness to feed a global dataset that ad exchanges, app developers, advertisers and corporations will pay increasingly large amounts of money to access, making it a media-led data company. It has already displayed success in this area; the Twitter Audience Platform and MoPub have gained traction, and with Facebook’s Parse shutting down, Twitter’s Fabric toolkit should gain traction with third-party app developers, as well.

Can you guess that Deep Focus is an ad agency?
link to this extract

The French data protection authority in September threatened to fine Google if it did not scrub search results globally across all versions of its website, such as Google.com.

But the company has stuck to its position that it should clean up search results only on European domains such as Google.fr or Google.de because to do otherwise would have a chilling effect on the free flow of information.

To address the concerns of European authorities, the Internet giant will soon start polishing search results across all its websites when someone conducts a search from the country where the removal request originated, a person close to the company said.

That means that if a German resident asks Google to de-list a link popping up under searches for his or her name, the link will not be visible on any version of Google’s website, including Google.com, when the search engine is accessed from Germany.

The company will filter search results according to a user’s IP address, meaning people accessing Google from outside Europe will not be affected, the person added.

Since the ruling in 2014, Google has received 386,038 requests for removal, according to its transparency website. It has accepted about 42% of them.

The lesson one tends to draw from this is “the threat of a fine makes Google act”.
link to this extract

In January 2014, a Massachusetts cop was swearing into his mobile phone while working a traffic detail at a construction site.

The F bombs appeared to upset an elderly lady walking by, so a man on a nearby front porch asked the officer, Thomas Barboza, to stop swearing.

The cop’s response: “Shut the f–k up and mind your own business.”

George Thompson’s response: he started recording Barboza on his iPhone.

According to court documents, Barboza shoved 53-year-old Thompson to the ground, arrested him, handcuffed him, and put him in jail for a night.

Police in the city of Fall River also tried to get into Thompson’s iPhone, where the footage of Barboza was stored.

But all the police managed to do was to destroy the evidence, wiping the phone clean after entering the wrong password 10 times.

Really clear that the cops wanted to get into the phone to wipe the evidence. (They accused Thompson of wiping it remotely; a forensics report showed that was a lie.) Yet another instance where security of the phones is potentially a good thing for the citizenry.
link to this extract