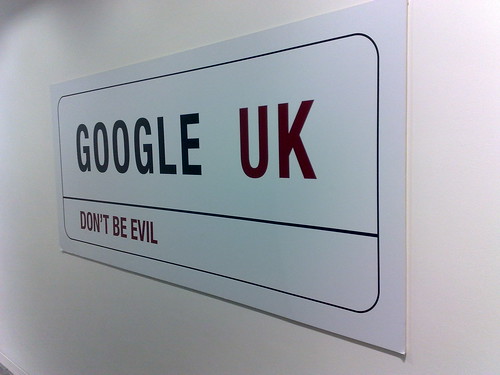 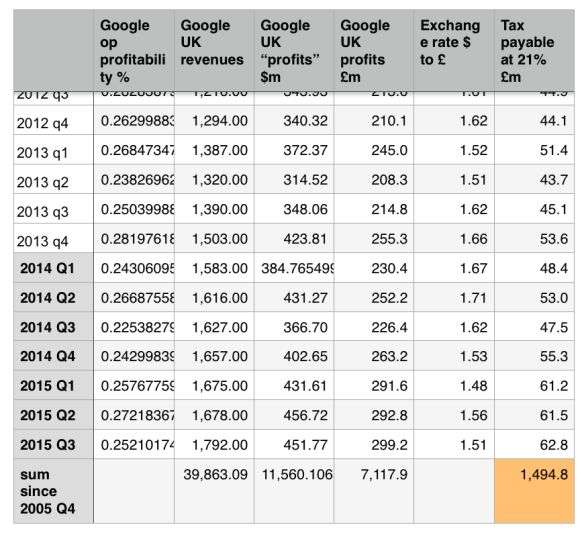 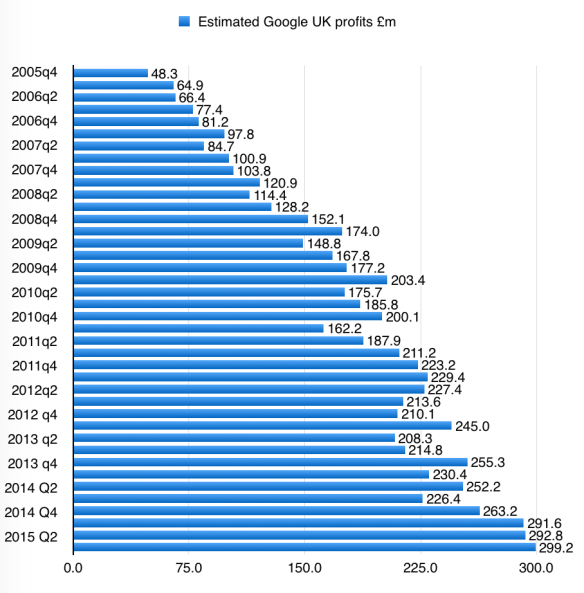 7 thoughts on “Yes, Google’s UK back-tax payment is derisory. Here are the numbers that show it.”