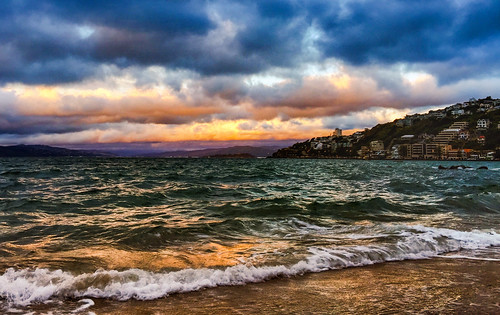 “Shot and processed on iPhone 6Plus”. Photo by andrewXu on Flickr.

This is the last Start Up of 2015. Thanks all so much for reading, and for your feedback. It will return on Monday 11 January.

A selection of 9 links for you. Freely given. I’m charlesarthur on Twitter. Observations and links welcome.

Because the Priv apps can only be installed on the Priv itself, this offers a very good indication of the kind of sales numbers BlackBerry has achieved. At worst, there are possibly 10,001 sold, and at most, there are possibly 50,000. For the sake of argument, there is the possibility that the statistics on the Play Store are not accurate. Even assuming that installs are double that which is reported, that would still give a range between 20,002 and 100,000 units.

It is difficult to make heads or tails of this presumed purchase point. Considering that BlackBerry sold approximately 700,000 total handsets in Q3, it would mean the Priv was not a major seller. Granted it was only available for 2 weeks before the end of Q3, but many devices typically see the highest sales in the initial release window.

Nah, it’s pretty easy really. People had already worked out that BlackBerry shipped (as in, “recognised revenue on”) about 125,000 Privs. (You can figure it from previous average selling prices, and the ASP in the past quarter.) These figures show how many have actually reached peoples’ hands; it wouldn’t be too hard to look at the trend in installs and figure it out pretty exactly.

The difference between the 125,000 and the 50,000 (max) is down to “sell-in” (what BlackBerry can persuade carriers and other vendors to take) and “sell-through” (what people have actually bought). Time will tell how quickly the two come into line. If they don’t, then BlackBerry’s handset business is surely, finally, come on now, done.
link to this extract

The screen looks nice, but there is that flat tire [cut-off strip at the bottom of the screen] to contend with. It’s lame that we’re still putting up with this design quirk, but on the upside you get an ambient light sensor. So, I guess it’s not all bad. You’re either willing to tolerate this or you despise it.

Fossil dropped the ball with the software. The few exclusive faces included with this watch are mostly boring with strange design decisions, and the companion app is almost useless. The watch itself also has some bugs that need to be worked out. I don’t expect a smart watch to necessarily be as stable as a mechanical one, but when I have to reboot because the time froze 30 minutes ago, that’s a problem. The reboots certainly don’t help the battery life, which is mediocre right now. If it gets any worse as the watch ages, then you’d probably have trouble making it through a full day away from the charger.

Android’s still looking for a winner in this category; the Huawei watch (compared in the piece) looks like the best so far.
link to this extract

Google and Ford will create a joint venture to build self-driving vehicles with Google’s technology, a huge step by both companies toward a new business of automated ride sharing, Yahoo Autos has learned.

According to three sources familiar with the plans, the partnership is set to be announced by Ford at the Consumer Electronics Show in January. By pairing with Google, Ford gets a massive boost in self-driving software development; while the automaker has been experimenting with its own systems for years, it only revealed plans this month to begin testing on public streets in California.

Effectively the Model T – or T-Mobile G1? – of this emerging class.
link to this extract

Three notable changes relating to digital access and digital divides are occurring in the realm of personal connectivity, according to new findings from Pew Research Center surveys. First, home broadband adoption seems to have plateaued. It now stands at 67% of Americans, down slightly from 70% in 2013, a small but statistically significant difference which could represent a blip or might be a more prolonged reality. This change moves home broadband adoption to where it was in 2012.

Second, this downtick in home high-speed adoption has taken place at the same time there has been an increase in “smartphone-only” adults – those who own a smartphone that they can use to access the internet, but do not have traditional broadband service at home…

…many “smartphone-only” users say that the reason they do not have broadband at home is because their smartphone lets them do all they need to do online, underscoring the device’s utility for those without a home high-speed subscription.

The same pattern is happening in China: fixed broadband has stalled (or is just replacing dialup) while mobile broadband is exploding.
link to this extract

Your smartphone camera should suck. Here’s why it doesn’t » WIRED

The sensor simply senses light and converts it into an electrical signal. To use an analogy, it buys the groceries. Someone else cooks dinner. So while a high-quality sensor helps, it’s hardly the most important component. The lens is important, of course, but the biggest difference between a great camera and a good camera is the image signal processor—the secret sauce to any smartphone camera’s features and performance.

Apple and Samsung use their own image signal processors for the iPhone and Galaxy phones, respectively. However, many high-end Android handsets use the integrated image signal processors in Qualcomm’s Snapdragon system-on-a-chip, which keeps camera features relatively consistent from phone to phone. As good as it is, the company says the next-gen processor arriving early in 2016 will improve noise reduction, artifact correction, autofocus, and color reproduction.

That last point explains a lot about so many Android phones. I wonder how many people Qualcomm has working on its ISP systems.
link to this extract

Judge, siding with Google, refuses to shut down Waze in wake of alleged theft » Ars Technica

Google, the owner of the traffic app Waze, has managed to beat back a copyright lawsuit filed by lesser-known rival PhantomAlert.

Back in September 2015 PhantomAlert sued Google over allegations of copyright infringement. Google purchased Waze in June 2013 for over $1bn. PhantomAlert alleged that, after a failed data-sharing deal between itself and Waze collapsed in 2010, Waze apparently stole PhantomAlert’s “points of interest” database.

In a judicial order filed earlier this month, the San Francisco-based federal judge found that PhantomAlert could not allege a copyright claim on simple facts of where different places actually are.

As Michael Love observed on Twitter, doesn’t this mean that Apple (or whoever) could simply steal Google’s, or Waze’s, POI database? The judge also dealt with the question of whether organising those facts meant they attracted copyright: he decided PhantomAlert hadn’t done enough to merit that.

PhantomAlert can file an amended complaint within two weeks, and says it will.
link to this extract

“It’s a constant debate inside our group,” said Raj Rajkumar, co-director of the General Motors-Carnegie Mellon Autonomous Driving Collaborative Research Lab in Pittsburgh. “And we have basically decided to stick to the speed limit. But when you go out and drive the speed limit on the highway, pretty much everybody on the road is just zipping past you. And I would be one of those people.”

Last year, Rajkumar offered test drives to members of Congress in his lab’s self-driving Cadillac SRX sport utility vehicle. The Caddy performed perfectly, except when it had to merge onto I-395 South and swing across three lanes of traffic in 150 yards (137 meters) to head toward the Pentagon. The car’s cameras and laser sensors detected traffic in a 360-degree view but didn’t know how to trust that drivers would make room in the ceaseless flow, so the human minder had to take control to complete the manoeuvre.

“We end up being cautious,” Rajkumar said. “We don’t want to get into an accident because that would be front-page news. People expect more of autonomous cars.”

Turns out, though, their accident rates are twice as high as for regular cars, according to a study by the University of Michigan’s Transportation Research Institute in Ann Arbor, Michigan. Driverless vehicles have never been at fault, the study found: They’re usually hit from behind in slow-speed crashes by inattentive or aggressive humans unaccustomed to machine motorists that always follow the rules and proceed with caution.

“It’s a dilemma that needs to be addressed,” Rajkumar said.

Well, strictly it’s the humans who are at fault. The “key flaw” is that lots of humans drive badly, but they also have expectations of how the car in front will behave – so it’s a “theory of mind” problem too.
link to this extract

Interviews with former and serving employees paint a picture of confusion and overlap between competing divisions, where the short-term interests of promoting hardware trump long-term efforts to build platforms that would add value for customers and increase their loyalty to the brand.

One said he only learned from someone outside the company that the hands-free app his team was updating for the upcoming Galaxy S4 launch had competition — from inside Samsung. For the manager, who has since left the company but declined to be identified because his present employer does business with Samsung, it was one of many examples of the low priority the hardware-minded company placed on software, which was treated as little more than a marketing tool inside the firm.

“Samsung’s upper management just inherently doesn’t understand software,” the former employee said. “They get hardware – in fact, they get hardware better than anyone else. But software is a completely different ballgame.”

Despite being pre-installed on Galaxy phones, Samsung’s ChatON messaging service gained few adherents and closed without fanfare in March, while the Milk Video app, a high profile project run by newly hired US executives, lasted a year, closing in November.

Knox (hardening security) has been a qualified success (though it’s unclear how many extra sales it has generated); jury still out on Samsung Pay.
link to this extract

Adblocking has captured a lot of headlines in recent months, despite the fact it’s still just 28% of online adults who say they are deploying one of these tools.

The heaviest consumers of the internet, 16-24s, are at the very forefront of the trend, with over a third of them blocking ads. But that presents something of a paradox: older groups are the most concerned about their privacy and personalized recommendations/ads and yet are the least likely to be blocking ads.

That’s surely a symptom of awareness; currently, older groups are the least likely to know what ad-blockers are. As such tools become more mainstream, there can be little doubt that usage levels will creep upwards and show fewer variations by age. It’s certainly telling that 55-64s are already about as likely as 16-24s to be deleting cookies on a regular basis, an action which is rather more established and well-known among internet users.

In light of these trends, trying to resist the spread of ad-blocking feels rather futile.