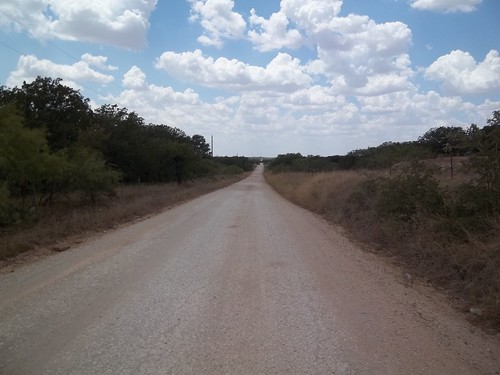 A selection of 11 links for you. Truly. I’m charlesarthur on Twitter. Observations and links welcome.

On Monday, Samsung, the Korean electronics company, filed an appeal to the Supreme Court, arguing that the legal framework for design patents — at the center of the suits between the companies — is outdated for the modern digital world. The issue at stake, Samsung says, extends well beyond the courtroom skirmishes of the two large corporations.

The legal framework for design patents, according to Samsung, some other major technology companies and legal experts, is largely shaped by a 19th-century law intended to protect the designs of carpets, fireplace grates and ornamental spoons.

Back then, the design was the heart of such products, so seizing most or all of the gains of a copycat — known as the “total profit rule” — was justified. But today, a complex product like a modern smartphone is a dense bundle of intellectual property with more than 100,000 patents conceivably laying claim to some small aspect of the phone.

This strikes me as a nonsensical argument. Carpets, fireplace grates and spoons have technologies that you can’t see embedded in their design and production; cutlery, for instance, often consists of welded pieces, with plating. But it’s how it looks (and to a lesser extent feels) that affects purchasing decisions. If someone copies the wasp-waisted shape of a Coke bottle for their non-Coke product, buyers will grab it off the shelf without caring about the industrial processes by which the contents were made. But Coke’s design patent (should it have one) on the bottle shape is still infringed.

Samsung got dinged because it intentionally made its phones look like Apple’s. How the phones functioned is essentially invisible to users; it isn’t queried at the point of sale, and literally nobody has the expertise to query the differences between the functional differences of two similar-looking products from different companies. (If you have a persuasive counter-argument, please make it in the comments.)

It will be good to hear a Supreme Court decision, though. But it won’t even decide whether to hear the case before February 2016.
link to this extract

Samsung Securities Co. said on Dec. 13 that it trimmed Samsung Electronics’ operating profit forecast for the fourth quarter by 300 trillion won (US$253.91m) to 6.8 trillion won (US$5.76bn) from the previous 7.1 trillion won (US$6.01bn) estimate due to sluggish sales in its component business. Hwang Min-sung, an analyst at Samsung Securities, said, “With a slump in the semiconductor and display businesses from falling demand for PCs, Samsung Electronics is likely to show sluggish growth in its component business. Its growth in profits, which remained low in the third quarter last year, will slightly decrease.”

See if you can figure out any link between these people. I only know one of them, Runa Sandvik, directly. They were all warned that “state sponsored” hackers may have tried to break into their Twitter accounts.
link to this extract

With demand for PC remaining weak, Asustek Computer and Gigabyte Technology are both expected to see their brand motherboard shipments drop 10% on year, each shipping around 17 million units in 2015, while other small players will see much worse declines in the year, according to sources from the upstream supply chain.

Elitegroup Computer Systems (ECS), Micro-Star International (MSI) and Biostar are seeing losses from their motherboard businesses, while China-based Onda reportedly will gradually phase out from the industry in 2016. The sources believe the global motherboard shipments will drop another 10% on year in 2016, forcing more motherboard players to quit.

So colour me unconvinced that PC shipments are falling because “everyone” is building their own PC.
link to this extract

Patents, by the way, are a non-issue regarding the Smart Battery Case’s design. A well-placed little birdie who is perched in a position to know told me that Nilay Patel’s speculation that the unusual design was the byproduct of Apple trying to steer clear of patents held by Mophie (or any other company for that matter) are “absolute nonsense”. This birdie was unequivocal on the matter. Whether you like it, hate it, or are ambivalent about it, this is the battery case Apple wanted to make.

Well, that’s that one shot down. Notice how a source at Apple would talk to Gruber, but not to Patel (who did ask Apple for comment; he got no response on or off the record). This either means better-cultivated sources or favouritism by Apple. Discerning the difference between the two is pretty much impossible from the outside, but if you were Patel, senior editor at The Verge – which takes itself seriously as a “technology news” website – you’d wonder why (and be frustrated that) your contacts weren’t better.
link to this extract

Ben Brooks has a few gripes with iOS, but this one, about Profile Pictures, seems like the one that would be the most useful:

You know how 90% of your contacts, probably more, don’t have a profile picture assigned to them? And you know how iOS thinks this is a pretty important part of life? We need to fix this, and that shouldn’t mean I have to go through my contacts and assign pictures, or snap pictures of people when I am out and about. I got away with that in 2007 when the iPhone was new, but now it is just creepy.

Sure I could sync with Twitter, or Facebook, but why should I have to give them control of my contact data just to do this? I would love for iOS to have a button inside my contact details to “request profile pic from contact” this would be a system level feature where once the other user approves it, the contact picture currently assigned to themselves is sent back and put in place. Boom, done. One tap from me, one tap from them, and we can move on with our lives.

It would also be neat if the first time you contacted this person, you sent an approval request then to get your profile picture and they approve right then. This would be less odd — “oh, Ben got a new iPhone I see, now he wants pictures from everyone…”

Profile pictures are surprisingly effective; we recognise faces almost at once when they’re familiar, which isn’t the case with text – and iOS abbreviates them to initials anyway which take a lot of decoding.
link to this extract

When the Dutch photographer Gerco de Ruijter arrived earlier this year for an artist’s residency at Wichita’s Ulrich Museum of Art, he noticed something strange while driving to a friend’s house outside of town. At several points, the rural road he was on came to an abrupt halt at a T intersection in the middle of nowhere, requiring a quick zigzag to continue on the same road. The detour could be anywhere from a few dozen yards to nearly half a mile, but, in every case, there was no visible reason why the road should shift at all. This wasn’t the urban street grid of Wichita, throwing a few random twists and turns de Ruijter’s way. It was the large-scale grid of the country itself—those huge squares of agricultural land visible from airplanes—seemingly gone haywire.

De Ruijter soon learned that these kinks and deviations were more than local design quirks. They are grid corrections, as he refers to them in a new photographic project: places where North American roads deviate from their otherwise logical grid lines in order to account for the curvature of the Earth…

…“It did not take long for legislators to understand that a township could not be exactly six miles on each side if the north-south lines were to follow the lines of longitude, which converged, or narrowed, to the north,” explains landscape architect James Corner in Taking Measures Across the American Landscape. “The grid was, therefore, corrected every four townships to maintain equal allocations of land.” This added up to a detour every 24 miles, from sea to shining sea.

Over three hours Wednesday in Alexandria, Luntz lobbed dozens of Trump-seeking missiles. All 29 in the group had voted for Mitt Romney in 2012. All either supported Trump or had supported him earlier in the year. To [Republican media consultant Frank] Luntz’s amazement, hearing negative information about the candidate made the voters, only a few of whom gave their full names to the press, hug the candidate tighter.

“Normally, if I did this for a campaign, I’d have destroyed the candidate by this point,” Luntz told a group of reporters when the session ended. “After three hours of showing that stuff?”

If Republican strategists struggle to understand the mechanics of this… it begins to look like a virus of the mind. But the point might have a more general relevance: what happens when you have people whose demonstrably wrong ideas (ie, that Trump’s claims have any basis in truth – which is easily verifiable) are fixed such that appeals to both reason and emotion fail to change them?
link to this extract

“There are smartphone apps with more than 100 million users that are known to be spying on us,” [John] McAfee [yes, THAT John McAfee] tells IBTimes UK. “It is trivial to build a free app which gets its ideas from a central source. As to who may have done this, I always look to those who have the most to gain or who have the largest axe to grind. The majority of the domain servers are controlled by U.S. interests – three are controlled by the US government. Who has the largest axe to grind? Isis. Who has the most to gain? Isis. Isis certainly has the technical capability to write a popular app. But I have no direct evidence.

“If there were 100 million users of an app, only 0.1% of the phones would have to be activated in order to achieve the effects that we saw. I have not yet identified the app, and it may be multiple apps. But this is as serious as it gets. We have absolutely no defenses in place to counter this threat. If the perpetrators had activated a mere order of magnitude more phones we would have lost the internet.”

I think it’s more likely that the DDOS (5m queries per second, 50bn queries in two days) was caused by poor configuration somewhere – whether of a hugely popular app, or a timeserver, or an app trying to ping a timeserver – than ISIS/IS/ISIL/Daesh trying to bring down the internet.
link to this extract

My Russian is nonexistent, but this is reckoned to be someone who builds ATM skimmers touting for work. See for yourself. Also, it’s scary how hard it is to spot.

In what conditions would you expect a power-law distribution curve to emerge? » Quora

Just following on from my 90:9:1 speculation, this is about what and how power laws distributions (and log-normal distributions, which are almost but not quite the same) emerge.

When I think of the difference between power-law and log-normal (and take this with a grain of salt, I’m no expert), I think of log-normal as a bunch of independent simple factors combining to drive a final outcome, where in a power-law, the factors feed on themselves (a big city draws people in, making it bigger).