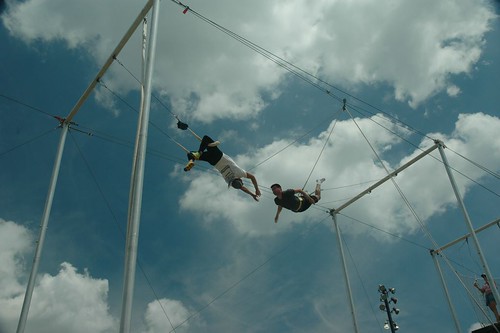 Yahoo took the net away from its programmers. Guess what happened. Photo by dotanuki on Flickr.

Eli Hodapp, editor-in-chief of the site (which set up in 2008 to report on iOS gaming:

The continued shift to user acquisition as the main method of promoting a title has had a dramatic impact on the iOS gaming ecosystem. Aside from mid-sized developers being squeezed out, with advertising revenues reaching non-existent levels, iOS enthusiast sites have been forced to make difficult decisions. Without financial support from developers buying advertising, some sites have closed. The few that remain have significantly downsized, drastically reduced their content output, shifted to writing about more general topics in hopes of attracting more search traffic, and/or changed focus to becoming an events companies. TouchArcade, being the largest site, is the farthest up the proverbial river, but the drought has reached us too and even our continued existence is in question.

Why are we still putting up with scam ads and fake news stories? » Medium Recently, I saw a fake news story “ad” on Facebook using the likeness of The Rock, and a fake version of the TMZ website, that I pointed out to him. He correctly pointed out:

@robleathern @facebook @TMZ Unreal how far people will go to scam others. We’re on it and thank you bud for bringing it to our attention

These scammers hide behind anonymous domains and half-witted affiliates, but honestly, any somewhat-skeptical ad operations person should be able to immediately see and shut down something like this very quickly before it ever sees millions of users. And yet it persists. Click rates for these fake stories are incredibly high.

The online ad industry’s incentives are totally screwed up, and it leads to the kinds of deceptive dreck that profilerates everywhere today.

Leathern is working on a solution, at least.
link to this extract

90:9:1 – the odd ratio that technology keeps creating » The Guardian

I wrote about something I’ve observed:

What do operating systems, browsers and search engines all have in common? It seems to be a ratio of 90:9:1 between the key players. One player dominates; then others get a minimal share.

Take mobile OSs: This week the Mozilla Foundation pulled the plug on Firefox OS – the mobile OS which could have replaced native apps with HTML-based apps – a final death throe in the mobile OS wars. There are now three main platforms – Google’s Android, Apple’s iOS and Microsoft’s Windows Phone – for which worldwide shipments are currently running in a ratio of about 85:14:1 respectively.

Now look at desktop OS sales: the ratio stands in the most recent quarter at about 91:8:1 between Microsoft’s Windows, Apple’s Mac OSX, and “self-build” machines which probably get Linux.

It’s oddly reminiscent of the “1% rule” – a rule of thumb observed as far back as 2006, which states that if you have a group of 100 people interacting online, then one will generate some content, nine will provide feedback, and 90 will simply consume it. (Studies have broadly confirmed that principle.)

I’m not saying this is a hard and fast rule – I cite two large-scale exceptions in the piece – but I feel there’s something behind it, perhaps based on network effects and power laws.
link to this extract

Why the internet of things favours dominance » The Guardian

For the moment, all these approaches tend towards centralisation – whether towards operators of closed systems, controllers of particular ecosystems, or systems integrators for “open” systems. Data flows too, tend to be centralised, even when they needn’t be. So it seems that concerns about dominance, power, and control in the internet of things are based on solid ground – the end-user’s controls are left to whoever controls the centralised environment.

So, is there a way out? Perhaps, given the internet of things is still evolving. But the path to countering the strong forces favouring dominance is far from easy.

I hadn’t thought of this piece when I wrote about 90:9:1, but it suggests that IoT will see a similar trend.
link to this extract

Yahoo’s engineers move to coding without a net » IEEE Spectrum

What happens when you take away the quality assurance team in a software development operation? Fewer, not more errors, along with a vastly quicker development cycle.

That, at least, has been the experience at Yahoo, according to Amotz Maimon, the company’s chief architect, and Jay Rossiter, senior vice president of science and technology. After some small changes in development processes in 2013, and a larger push from mid-2014 to the first quarter of 2015, software engineering at Yahoo underwent a sea change. The effort was part of a program Yahoo calls Warp Drive: a shift from batch releases of code to a system of continuous delivery. Software engineers at Yahoo are no longer permitted to hand off their completed code to another team for cross checking. Instead, the code goes live as-is; if it has problems, it will fail and shut down systems, directly affecting Yahoo’s customers.

“Doing that,” Rossiter told me, “caused a paradigm shift in how engineers thought about problems.”

This is really counterintuitive; you’d expect it would cause all manner of problems. But of course it shifts responsibility down to the programmers. Yahoo has been running like this for a year (insert “who would notice?” joke) and the benefits seem clear.
link to this extract

Ben Brooks tried out Microsoft’s offering to see if it would trump his iPad Pro. It didn’t:

It’s not that this device is bad — [though] the battery life and [third-party] apps are — but it’s that the device is disappointing. Using it, you can see how great it truly could be, but it doesn’t even come close to living up to that.

It’s not a tablet in any sense, which is fine, but it’s also not a great laptop either. I can’t see recommending the Surface Pro 4 to anyone. You are better off buying a full laptop, one which can hopefully handle simple Google Hangouts. You are better off with an iPad too. That will likely incite a great many fans of the device, but as it stands right now there is too much missing, which can be had for the same or less cost than you can get with the Surface Pro 4.

The iPad Pro will cost you the same, but you will get an App Store full of amazing software and a battery that can actually last through a full day of work.

He liked the hardware, a lot, but found the software sub-par and RAM-hungry.
link to this extract

“Creep” – Prince at Coachella 2008 (Uploaded via Permission from Radiohead) » YouTube

Miles Hartl finally appealed to Radiohead (because it’s their song, so they own the copyright, including performance copyright) to get this song unblocked on YouTube. It got a million views in 48 hours:

Watching live footage of Prince is what let the joy of performing music into my life. Buying his albums can not and will not convey the contagious, jaw dropping, astonishing, spontaneous aura of awesome that oozes from every pour of this man’s being on stage. Some of you vehemently disagree, and that’s fine…free speech all the way. But for me, this was the fountainhead. Every time I watch Prince play guitar I get the urge to practice for hours. The 22-second sustained note on the Coachella performance of “Shhh” that you’ll never see…yeah, that changed the way I looked at my instrument and what is was capable of. The transcendent wonder that is the “Just My Imagination” solo from Small Club…that taught me the difference between playing and singing. The Digitech Whammy work on “3 Chains ‘O Gold”…eight years on and I still can’t make it sound like that. Every solo ever taken on “The Ride,” “Purple Rain,” “Redhead Stepchild,” “She’s Always in My Hair,” “Peach,” “Something in the Water (Does Not Compute),” “Joy in Repetition”…I can’t tell you the joy they’ve brought me, nor convey the lessons they’ve taught that I wouldn’t have found by looking in a different direction.

And if Prince had his way, I never would have been able to learn from any of it. Because it would either be posted and deleted within days (at best), streamed once at four a.m. and never seen or heard again, or would be locked in a dungeon at Paisley Park until the 22nd Century.

So here it is.

Is Apple’s Smart Battery Case so goofy because it was designed around Mophie’s patents? | The Verge

Mophie has tons of patents on the design and functionality of these things. Reading through a few, it’s hard not to see Apple’s case as being deliberately designed around Mophie’s patents — including that unsightly bulge. 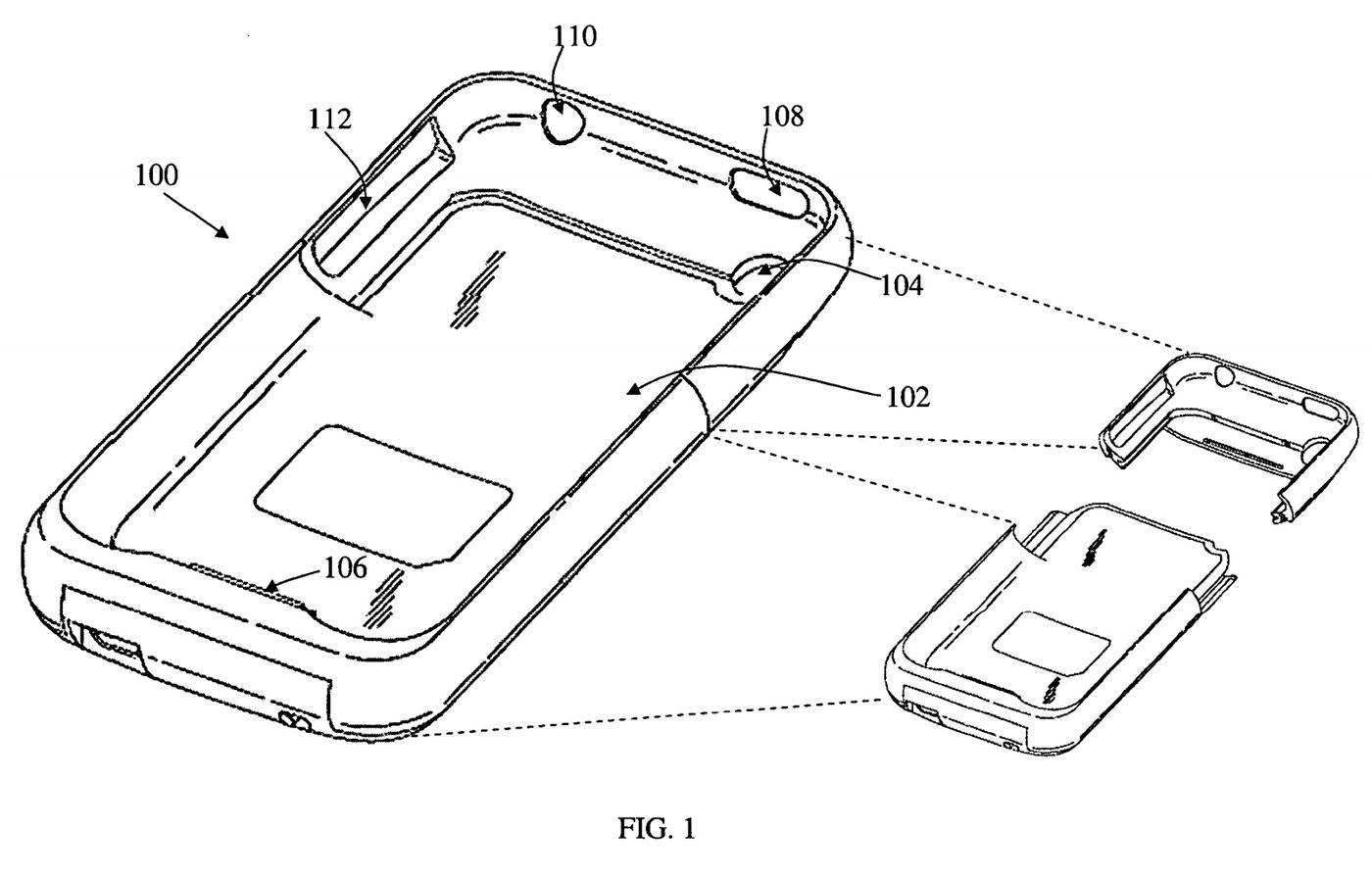 Here, for example, is Mophie’s patent #9,172,070, which was just granted on October 15th. The first claim lays out, well, a Mophie battery case — and any other case that has all of these (paraphrased) elements would infringe on Mophie’s patent:

1. A lower case that contains a battery and sides that extend along a mobile device, with internal and external power connectors, and an on / off switch.

So really any case where a phone slides into the bottom case and there’s a cap on top infringes this one. You will note the Apple case is just a single piece, with a top portion that flops back instead of coming off. More elegant, in some ways, but perhaps more importantly, also outside the claims of this patent.

Patel’s is the most sensible analysis I’ve read around this entire topic. (Apple wouldn’t comment when he asked if this was why.)
link to this extract

How fast is the iPad Pro? » DISPLAYBLOG

I recently started capturing videos of our church’s sermons. I’ve been using my iPhone 4s with an olloclip telephoto lens that gives me a 2x optical zoom. In 720p mode a 50-minute video takes up about 4-5 GBs. Capturing the video is no problem, even for an old iPhone 4s. (Capturing 50-minute long 720p videos on a Samsung Galaxy Note 4 on the other hand is a pain — I couldn’t do it because of file size limitations. I’m sure there is a solution out there, but I think regular users who just want to record long videos will give up.) What takes a lot of computing time is adding title pages, transitions, and then exporting it.

…On a whim, I decided to try editing on iMovie on my iPhone 6s. I don’t require a lot of editing — just adding a couple of title pages, some transitions, and a bit of zooming in — and iMovie, after watching a few YouTube tutorials, was sufficient for my needs. What was surprising was how quickly iMovie exported. I’d say it took about 10 minutes.

Quite possibly anomalous, but makes you think: where devices are optimised for particular formats, you can see a big delta in time taken.
link to this extract