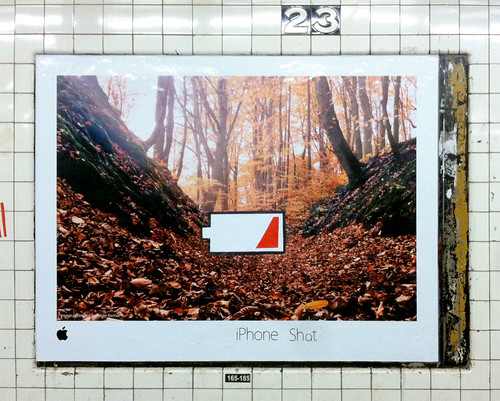 Rather than rely on a synthetic game benchmark, I also decided to throw a real game at it. Square Enix’s Tomb Raider is available on Steam on both platforms. It’s a fairly recent game and came out for PC and consoles in 2013. Feral Interactive ported the game to OSX the same year.

One caveat here: As a port there’s clearly a lot of things that could be different between the PC version and the Mac version. For my test, I ran it at 1400×900, which was the default resolution on the Mac, and selected the “Normal” quality setting on both. I also poked around the game’s graphics settings to see if there was any variance between them that got lost in translation.

The result is a bone-crushing blow for the MacBook Pro 13: Tomb Raider ran at a pathetic sub-24 fps, while the Surface Book whizzes along at 74 fps.

If Microsoft based its marketing statements on this test alone, it could have safely said “triple the performance of a MacBook Pro.”

To be fair, if you’ve read this far, you know the Surface Book isn’t  twice as fast or three times as fast as the MacBook Pro 13 in all things.

Benchmarks – especially skewed ones like this (is the game optimised for Windows? Bet it is) – really bore me. They capture nothing of the general experience of using a device. But hey, there’s the headline that will be used.
link to this extract

We recently heard reports of some people experiencing battery issues with the Facebook iOS app and have been looking into the causes of these problems. We found a few key issues and have identified additional improvements, some of which are in the version of the app that was released today.

The second issue is with how we manage audio sessions. If you leave the Facebook app after watching a video, the audio session sometimes stays open as if the app was playing audio silently. This is similar to when you close a music app and want to keep listening to the music while you do other things, except in this case it was unintentional and nothing kept playing.

Still ain’t going to reinstall. Note that it’s not *all* of the identified improvements in the new app.
link to this extract

The company said Office 365, another key cloud-based offering, had about 18.2m consumer subscribers at the end of its first quarter, an increase of about 3m from the end of the preceding quarter.

Microsoft launched Windows 10, its first new operating system in almost three years, in July. The system, seen as critical for the company, won positive reviews for its user-friendly and feature-packed interface.

The company launched a number of new devices earlier this month, including its first ever laptop and a new Surface Pro tablet, all running on Windows 10.

Excluding the impact of the strong dollar, revenue in the business fell 13%.

Sharp observation by Stefan Constantine: there are more people paying for Spotify than for Office 365. That’s likely to be reversed in a couple of quarters, though.

Cloud computing is a hot market, letting customers swipe a credit card and get access to essentially unlimited supercomputing power. Developers at startups and large enterpries alike love it because it gives them the ability to get really big, really quickly.

But while Amazon, Google, and Microsoft have all found great success in the public cloud market, simply buying and maintaining all the servers required to get up to the massive economies of scale necessary to compete in this kind of low-margin business is really hard.

That’s something HP has found out the hard way, with the HP Helion public cloud [which will be shut down from January] constantly coming under fire for being too small and too unfocused on the market to seriously make a dent.

And so, HP is going to shut down the HP Helion public cloud to stick with what its good at: Helping customers run their own data centers with hardware, software, and services to run at cloud levels of efficiency.

HP’s blogpost announcing this move is a masterful piece of corporate doublespeak: it makes it sound as though everything’s going so well they just have to shut down the public cloud offering.
link to this extract

Samsung Electro-Mechanics filed a patent application with the Korea Intellectual Property Office (KIPO) for Force Touch, which is virtually the same as 3D Touch used in the iPhone 6S. This technology offers different types of functions based on the strength of a push on the screen.

According to the patent information retrieval system of KIPO on Oct. 20, Samsung Electro-Mechanics filed a patent named “touch input equipment and electronics device with touch input” with KIPO on April 9, 2014. Considering that the Korean company supplies core components for Samsung Electronics’ smartphones, the patent is likely to be used in the Galaxy S7.

Would be surprised if it wasn’t. But Samsung’s problem is that pretty much every third-party developer will ignore it; it will have to wait for Google to implement it in Android. Will Apple trouble to sue, though? (At a guess, not.)
link to this extract

With Alphabet set to post healthy financial results later today and  hot on the heels of the announcement of YouTube Red, Thursday’s Chart of the Day looks at just how important this company has become.

Among the hundreds of websites tracked by GlobalWebIndex, Alphabet has the two most popular properties among online adults outside of China. Close to 9 in 10 visit Google each month, while 82% visit YouTube. These figures place Alphabet’s sites above Facebook – which three quarters visited last month – and give it a healthy lead over rival search giant Yahoo (half visit this site monthly).

This vast user base underlines just how central Alphabet remains to internet users’ online activities despite the ongoing shift to mobile.

Dell may sell assets to pay for EMC deal » Re/code

Arik Hesseldahl from a Q+A with Marius Haas, chief commercial officer of Dell:

Q: It looks like after the close Dell will essentially absorb the EMC federation, but will adapt that structure for its own purposes by making it bigger with pieces like Secureworks, Virtustream and Pivotal. Is that how we should think about it? And if so, how does that complicate or enhance your mission here?

If you dissect what has already been published, you will see there is a strong commitment to de-leveraging or paying down the debt very quickly. There are different angles and different levers we can pull to do that. This is why we have such high confidence in what we’re doing.

Q: That implies that paying down the debt won’t just come by way of cash from operations. Does that mean you might consider selling some assets? Is there anything within Dell that doesn’t stay?

We’re not prepared to talk about that yet, but it’s probably not a bad train of thought.

What’s it going to sell, though? The PC business?
link to this extract

BlackBerry might have leaked the Priv’s specs and release date (update: confirmed) » Engadget

we know that the Priv is packing a fair bit of power beneath the hood, but has a listed price of $749. There’s no indication if that figure is for the US or Canada — but the page does reference the (GSM) handset not working on American CDMA networks like Verizon and Sprint. You’ll also spot that the device is marked for release on November 16th, so we won’t have long to find out if all of this is true or not.

Performance-wise, the Priv is packing a 1.8Ghz Qualcomm Snapdragon 808 with 3GB RAM, 32GB storage and a microSD card slot that’ll take up to 2TB. Much was made of the Priv’s curved screen, and we know that it’s a 5.4-inch plastic AMOLED with a 2,560 x 1,440 resolution (540 DPI) that can handle styluses and gloves. The physical keyboard measures 37mm high by 77.2mm wide, and there’s a 3,410mAh battery that’s rated for 22.5 hours of use tucked inside.

Price in the UK: £580, against £539 for an iPhone 6S with 16GB and £450 for a Samsung Galaxy S6. At that price, BlackBerry will have positive gross margins on the device (it’s not selling it for less than it costs to make), but so few will sell that you can start the timer now on how soon John Chen announces that the hardware division just isn’t making money because of the costs involved in R+D, distribution, marketing and administration – which feed through to operating profit, or loss. Remember, last financial quarter BB sold 0.8m phones, and made an operating loss on those.
link to this extract