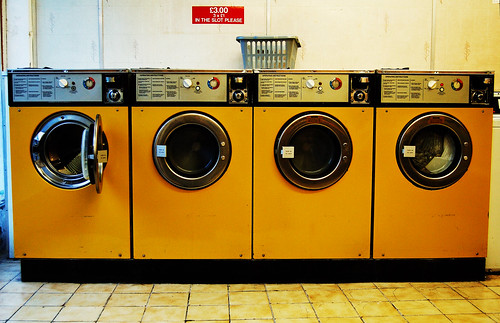 Apple TV will draw more people to gaming on televisions, so “television-based gaming” as a category will grow due to Apple TV in the near term. Consoles will continue to meet a very clear consumer demand for higher-end gaming using gamepads, though many independent game developers and even high-end publishers will abandon lagging consoles over time for the less restrictive Apple TV market as the Apple TV silicon matures, and for PC gaming on Steam (and with luck on Windows). If Apple introduces a gamepad or has a strong attach rate for third-party MFi gamepads, I expect a lot of current console buyers will within a few years find Apple TV’s performance, price-point and more appealing catalog of gamepad content their choice over the next Microsoft or Sony consoles, if those even get built.

Very true in the US, where Apple TV has more of a role (because box sets without ads sure beat the crap TV with ads) but less so in countries like the UK, I think.
link to this extract

just as Samsung Electronics Co. and Sony Corp. have become more dependent on other business areas like components rather than mobile devices, LG is looking to its less-glamorous appliances’ unit to secure modest-but-steady profit growth.

“The mobile and TV businesses tend to have a lot of ups and downs. The home appliance business, meanwhile, is less vulnerable to swings,” Jo Seong-jin, LG’s home-appliance chief, said in a recent interview with The Wall Street Journal.

LG’s revenue for appliances—based on local currency value—is up about 13% so far this year, and operating profit margins in the division of about 4.5% to 6% will be “attainable” this year, he said. While far short of the double-digit margins enjoyed by Apple Inc., those levels will outshine LG’s other key business units and that of Samsung’s appliances unit, analysts say.

Stuart Dredge looked at some data from the past 10 weeks:

What are they posting? Two kinds of posts seem to be dominating Connect: photos – often cross-posted from Instagram, which suggests that artists (or often their social teams) think Instagram’s visual aesthetic and Apple’s new social service. And secondly promotional messages: encouraging fans to stream songs or albums on Apple Music, pre-order albums on iTunes, or – in the case of artists who are involved with the Beats 1 radio station – posts about their shows.

What’s missing, so far, is the kind of exclusive, engaging stuff promised at the Apple Music launch. In June, Apple’s services boss Eddy Cue said that Pharrell Williams would be posting photos, lyrics and raw mixes of songs – but at the time of writing, he’s posted a single photo two months ago.

Connect isn’t a ghost town: based on the iTunes and Facebook-based lists above, if you followed 30 popular artists on Apple Music, your Connect feed would have between 24 and 33 new posts a week – or 3-5 a day. That might actually be a nicely-manageable complement to the information blur on Twitter and Facebook IF the updates were more than just promotional messages and reposted photos.

It’s still early days, and I’d expect Apple to be working hard to encourage artists not just to use Connect, but to use it well, in the months ahead. As things stand, it is not delivering on its potential. But that potential is there.

on the new models, which go on sale on 25 September in 12 countries including the UK, a hard press on an icon generates a subtle “tap” against the fingers holding the phone.

If the app can do something, you feel a single tap on your fingers, and a menu pops up; if it can’t (because it hasn’t been enabled, or the options don’t make sense) there’s a subtler triple tap, and nothing happens.

It needs a quite different approach from the normal “delete” push; you have to intend to make it happen. In the few minutes I was able to try it out, I quickly got used to the difference – which is helped by the haptic feedback. Practice would likely make perfect, or at least more familiar.

The “left-hand-side” press is not easy at first – it’s a sort of push-and-roll for the thumb. The process for getting the haptic pop is simpler. It’s not the sort of thing you’d find by accident in a hurry, though.

I also wrote hands-on for the iPad Pro and Apple TV; check the IB Times site for those later today (Thursday).
link to this extract

Josh Tyrangiel gets the sort of prebrief/access that you’ll recall the New Yorker got a year back:

in lieu of the usual polite deflection, Federighi picked up an iPhone 6S and explained one of 3D Touch’s simpler challenges: “It starts with the idea that, on a device this thin, you want to detect force. I mean, you think you want to detect force, but really what you’re trying to do is sense intent. You’re trying to read minds. And yet you have a user who might be using his thumb, his finger, might be emotional at the moment, might be walking, might be laying on the couch. These things don’t affect intent, but they do affect what a sensor [inside the phone] sees. So there are a huge number of technical hurdles. We have to do sensor fusion with accelerometers to cancel out gravity—but when you turn [the device] a different way, we have to subtract out gravity. … Your thumb can read differently to the touch sensor than your finger would. That difference is important to understanding how to interpret the force. And so we’re fusing both what the force sensor is giving us with what the touch sensor is giving us about the nature of your interaction. So down at even just the lowest level of hardware and algorithms—I mean, this is just one basic thing. And if you don’t get it right, none of it works.”

It’s a great article that (especially if read with the New Yorker one) gives you an increasingly clear view of how Apple’s design process works.
link to this extract

Argus Insights CEO John Feland predicts that “Apple has one good cycle left in them, barring any earth shattering innovations”.

“This upcoming round of iPhones is likely to be the iPhone’s Farewell tour,” he said. “Market demand of future handsets will not be as high because the innovation pipeline has apparently run out of good (compelling enough for consumers to upgrade) ideas.

“iPhone sales are unlikely to hit the same peaks at next year’s upgrade cycle as the level of smartphone saturation tips to replacement over new users.

Noted for future reference. He’s certainly right about saturation, but the odd thing about saturation is that in theory it means you have more people who could upgrade at any given time than in an unsaturated market.
link to this extract

The moves come after new high-end Galaxy smartphones failed to impress consumers, triggering five straight monthly declines and wiping out more than $40bn in Samsung’s market value since April. The company’s share of global smartphone shipments fell more than 3 percentage points in the second quarter, and it’s no longer the top seller in China, the world’s biggest mobile-phone market.

“Cutting jobs is the easiest way to control costs and Samsung’s spending on mobile business could also be more tightly controlled,” said Chung Chang Won, an analyst at Nomura Holdings Inc. in Seoul. “Samsung’s preparing to tighten its belt as it isn’t likely see rapid profit growth in the years to come.”

Subsequently, Samsung has denied this, saying a number of employees are being “relocated”. To their homes?
link to this extract

After selling his company to Google, this man now wants to block ad-blockers » VentureBeat

While [Ben] Barokas was cagey about the specifics of how the technology works, he did refer to a blurring of lines between ads and publishers’ content.

“There are many nuances, but at a high level our platform makes it harder for ad-block software to distinguish advertising from content,” he said. “We believe we can recover pretty much any advertising that exists today.  We have started with direct-sold brand campaigns because they tend to be of higher value to publishers and higher quality to users.”

Barokas said that dozens of ComScore 500 publishers are currently using the platform, but he didn’t reveal any specific details yet regarding the uptake of Sourcepoint, other than that demand has been “overwhelming,” far-exceeding its most optimistic projections.

I was discussing this topic on Twitter the other day and it occurred to me that advertising is a classic example where those who consume aren’t the customer. Advertisers buy space with publishers, but the people to whom those ads are shown aren’t involved in the transaction. This means there’s no way for them – that’s you and I, the readers – to show our displeasure except via adblocking. (A similar disconnect occurred when Microsoft was trying to displace the iPod: it sold music for enabling Windows Media music playback to Windows Media music player makers, not to listeners. That breaks the feedback loop.)

In that sense, adblocking is peoples’ way of speaking up in the transaction. It’s somewhat all-or-nothing, though.
link to this extract

The PC industry is betting big on gamers » The Verge

The PC gaming market produced $21.5 billion in hardware sales last year, according to data from Jon Peddie Research, which is more than double the revenues derived from console sales. More notably, unlike the broader PC market, which continues shrinking, gaming PC sales are projected to increase over the next couple of years. The JPR analysis suggests the biggest chunk of gaming PC revenue — somewhere in the vicinity of 44% — comes from the so-called enthusiast segment, which the researchers identify as “very performance and style oriented, much like sports car owners.”

Sports car PCs are exactly what we saw from the big manufacturers at IFA. Acer’s Predators, whether it be on the desktop or in the form of pseudo-portable laptops, ape Lamborghini’s angular shapes and aggressive motifs throughout. Asus, with its Republic of Gamers sub-brand, does the very same. From overclocked monitors to otherworldly arachnid routers, both of these Taiwanese companies are pushing as hard as they can to give conventional, commoditized products the veneer of a fresh attitude and personality.

The very apt comment from Sameer Singh, industry analyst at App Annie: “Predictable response when facing disruption – flee upmarket.” (The source of the disruption fits in a pocket and also makes phone calls.)
link to this extract