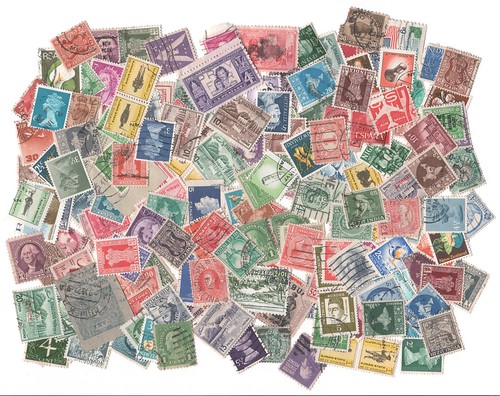 What’s the motive for downloading the top 40 every week from a torrent site? Completism? Photo by DigitalTribes on Flickr.

A selection of 8 links for you. Handle with care. I’m charlesarthur on Twitter. Observations and links welcome.

Apple has ramped up its hiring of artificial intelligence experts, recruiting from PhD programs, posting dozens of job listings and greatly increasing the size of its AI staff, a review of hiring sites suggests and numerous sources confirm.

The goal is to challenge Google in an area the Internet search giant has long dominated: smartphone features that give users what they want before they ask.

As part of its push, the company is currently trying to hire at least 86 more employees with expertise in the branch of artificial intelligence known as machine learning, according to a recent analysis of Apple job postings. The company has also stepped up its courtship of machine-learning PhDs, joining Google, Amazon, Facebook and others in a fierce contest, leading academics say.

But some experts say the iPhone maker’s strict stance on privacy is likely to undermine its ability to compete in the rapidly progressing field.

It’s certainly the case that Apple’s privacy stance is, as Sameer Singh says, its “strategy tax” (a strategy tax is an approach to a business area that prevents you exploiting it to the maximum: “Windows everywhere” was Microsoft’s strategy tax that prevented it doing mobile really well, Google’s is the need to collect data). The question is how much you do need that pooled personal information (as opposed to anonymous information) to do this well.
link to this extract

Field Notice: FN – 63697 – Protective Boot on Certain Network Cables Might Push the Mode Button and Cause an Unexpected Reset on the 48-Port Models of Cisco Catalyst 3650 and 3850 Series Switches » Cisco

“Certain” network cables being “pretty much every Ethernet cable you buy”. Like this:

Design screwups like this deserve their own Tumblr. Of note: the Cisco 3650 was released on October 10 2013; this note is dated October 30 2013. Of course it wasn’t caught in testing, but one suspects that customers discovered this pretty much on day one.
link to this extract

Inside Spotify and the future of music » Tech Insider

Spotify’s progress in sorting its library of 35 million songs can be traced back to The Echo Nest, a music intelligence company that was created within the MIT Media Lab a decade ago. Spotify bought The Echo Nest last March in what was reported to be a $100m deal.

Jim Lucchese, CEO of The Echo Nest, tells Tech Insider that his team of about 70 people are focused on delivering “the right listening experience at the right time” within Spotify.

They do this by analyzing the makeup of every song, how people are talking about music online, and how people are listening to it. While the company continues to work with clients like Rdio, Microsoft, Sirius, and Vevo, as it did before it was sold, its most cutting-edge work is developed and honed for Spotify.

One of The Echo Nest’s first projects for Spotify, reported last September on FiveThirtyEight, was developing dossiers of every user’s listening habits, which are now called “taste profiles.”

Ajay Kalia, who oversees the project, tells us they realized early on that there’s an important distinction between the music you listen to and music you actually like.

This “listen to but not like” has often been the problem about music. This makes it sound as though Echo Nest is human-curated, which it really isn’t.
link to this extract

As part of its broader China push, Google is expected to offer new incentives to phone makers to upgrade Android phones to the latest versions of the operating system, says one person briefed on its plans. The company wants more phones to run the advanced version of Android so that the software platform and experience can be more consistent for app developers and consumers.

As more Chinese app developers look to extend their apps beyond China’s borders and more non-Chinese app makers try to tap the Chinese market, Google wants to ensure all the apps work well across Android devices globally. Thus, hardware partners that will distribute Android Wear or Google Play in China will need to adhere to certain global compatibility standards, says the person familiar with the plan.

For its app store, Google has promised authorities that it will follow local laws and block apps that the government deems objectionable, say the people familiar with Google’s plans. In some parts of the world and among Internet policy wonks, this move will be viewed as a back-tracking from Google’s posture following its departure from China in 2010. At that time Google ended its engineering operations in China and moved its Chinese-language Web-search engine to a Hong Kong-based Web domain, out of reach of mainland China officials, after being breached from a cyber attack that it linked to the Chinese government.

Authorities denied involvement in the attack, which successfully breached many American companies and is known as Operation Aurora. At the time, though, Google co-founder Sergey Brin publicly compared China to the totalitarian Soviet Union in which he grew up. (Mr. Brin is now part of Alphabet, Google’s soon-to-be parent company, and isn’t involved in Google’s day-to-day affairs.)

Some forces within Google always believed that the company’s and Mr. Brin’s response was rash. It should have viewed the China-based hacking, which occurred in late 2009, as a natural consequence of being a major tech company in an age of increasing cyber attacks by all governments.

A long extract (but it’s a long article). That last paragraph is telling; Eric Schmidt was the pro-China voice, Brin the no-to-China voice, and Larry Page effectively had the casting vote back in 2010. Sundar Pichai clearly leans towards Eric Schmidt’s stance: better to deal than to stand on principle.
link to this extract

Police arrested a Liverpudlian who was a determined uploader of the top 40 releases to torrent sites:

Yet again it appears that the arrest last week was a case of rightsholders and police targeting low-hanging fruit. Using widely available research tools we were able to quickly uncover important names plus associated addresses, both email and physical. It seems likely that he made close to no effort to conceal his identity.

Due to being in the police spotlight it will come as little surprise that there was no weekly upload of the UK’s Top 40 most-popular tracks from OldSkoolScouse last Friday, something which probably disappointed the releaser’s fans. However, any upset would have been very temporary indeed.

As shown below, at least four other releases of exactly the same content were widely available on public torrent sites within hours of the UK chart results being announced last Friday, meaning the impact on availability was almost non-existent.

But who, seriously, actually wants to listen to all the top 40 tracks week after week? It would be pretty numbing even if you worked in the business. I bet this guy barely listened to the music. He, and the downloaders who waited avidly for the songs, strike me as more like stamp collectors: uninterested in what is conveyed, obsessed with completing sets.
link to this extract

Incoming parts and components orders for the new iPhones are even stronger than orders for the iPhone 6 devices in the corresponding period of a year earlier, indicated the sources, adding that shipments of updated iPhones will once again squeeze sales of other vendors including Samsung Electronics, Sony Mobile Communications and LG Electronics, commented the sources.

Thus, sales of the new iPhones are expected to dominate smartphone sales globally in the fourth quarter of 2015 as current sales of LG Electronics’ G4, HTC’s One M9/M9+ series products and Sony Mobile’s Xperia Z3+ have been lower than expected, indicated the sources.

To lessen the impact of the release of the new iPhones, Samsung has been implementing a “Ultimate Test Drive” program that encourages current iPhone users to pay US$1 to test its Galaxy Note 5 or Galaxy S6 Edge+ for one month.

Good luck with that, Samsung.
link to this extract

The study (‘Two-Speed Britain: Rural Internet Use‘) claims that more than 1 million people in Britain are “excluded or face challenges in engaging in normal online activities because they live in remote rural areas“, where slow or non-existent Internet connectivity is still a serious problem.

The report separated areas into several groups and examined each separately: Deep Rural (remote), Shallow Rural (less remote) and Urban internet users. It reveals that just 5% of those in Urban areas had an average broadband speed below 6.3Mbps, but in Deep Rural areas only 53% could achieve this “modest speed“.

Furthermore the gap is unsurprisingly found to be most pronounced in upland areas of Scotland, Wales and England, but also in many areas in lowland rural Britain. It affects 1.3 million people in deep rural Britain, and 9.2 million people in less remote areas with poor internet connection (or ‘shallow’ rural areas).

The report itself isn’t available for download (yet?) because neither Oxford University nor dot.rural has actually put a usable link up.
link to this extract

Surprised that Syrian refugees have smartphones? Sorry to break this to you, but you’re an idiot » The Independent

So we know that Syria isn’t dirt poor and we know that there’s a lot of mobile phones: but why smartphones? Well, why not? In the West many people own desktop computers, laptops and tablets as well as smartphones. But if you had to give up many of your possessions and live on $1850/year, after clothes and food, what would you buy next? It is hard to think of a more useful thing to own than a smartphone, especially if you’re fleeing your home.

Even when utility isn’t considered, the reason Syrians are using smartphones and not old Nokia 3210s is the same reason that benefits claimants have (gasp!) “flatscreen” TVs… have you tried buying any other kind lately? Budget Android smartphones can be picked up for well under £100, and come with cameras, large screens and everything you would expect from a modern phone. As we’re now in the habit of replacing our phones with a new model every year or two the price of slightly older phones also drops significantly.

The headline certainly falls into the “no mimsy hedging here” bucket.
link to this extract

2 thoughts on “Start up: Apple’s AI hires, Spotify’s smart music, why refugees have smartphones, and more”