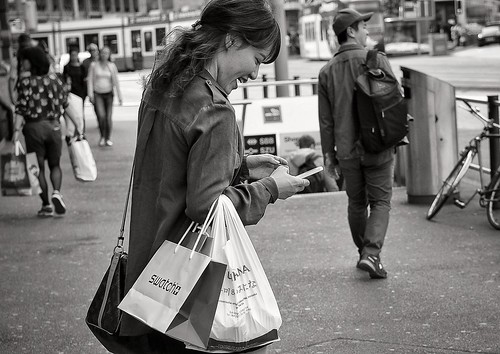 Swiss watch exports – especially to China – fell in July. Why?

I downloaded the data and analyzed it to find out how many actual women were using Ashley Madison, and who they were.

What I discovered was that the world of Ashley Madison was a far more dystopian place than anyone had realized. This isn’t a debauched wonderland of men cheating on their wives. It isn’t even a sadscape of 31 million men competing to attract those 5.5 million women in the database. Instead, it’s like a science fictional future where every woman on Earth is dead, and some Dilbert-like engineer has replaced them with badly-designed robots.

Those millions of Ashley Madison men were paying to hook up with women who appeared to have created profiles and then simply disappeared. Were they cobbled together by bots and bored admins, or just user debris? Whatever the answer, the more I examined those 5.5 million female profiles, the more obvious it became that none of them had ever talked to men on the site, or even used the site at all after creating a profile. Actually, scratch that. As I’ll explain below, there’s a good chance that about 12,000 of the profiles out of millions belonged to actual, real women who were active users of Ashley Madison…

…About two-thirds of the men, or 20.2 million of them, had checked the messages in their accounts at least once. But only 1,492 women had ever checked their messages. It was a serious anomaly.

Top-class data journalism by Newitz. This is how you do it: get facts and hammer them into the ground. Ashley Madison increasingly looks like a game of three-card monte. CEO Noel Biderman previously trumpeted in the media that Ashley Madison had an overall 70/30 gender split — with a 1:1 male/female ratio among the under-30 set. Seems like he was flat-out lying. (Teddy Wayne, who wrote that linked GQ story, now works for the New Yorker; he clearly did well to get five women who apparently used AM to talk to him in 2013.)

The Swiss-watch bubble may be about to unravel.

After years of stunning growth, in which exports more than doubled from 2000 to 2014, Swiss watchmakers had a terrible month.

China led the fall, according to export figures from the Federation of the Swiss Watch Industry.

Overall exports were 9.3% lower than a year earlier, at 1.9 billion Swiss francs (£1.3 billion, $1.97 billion) with the Chinese market segment dropping by more than 39%. Sales to the United Arab Emirates also tanked 29.8%.

Biggest fall? Those costing between CHF200-500 and CHF500-€3,000. (1 CHF = US$1.05.) Anyone know any watch-like products released recently around that price not coming out of Switzerland?
link to this extract

Three months ago, I thought I wasn’t ready to apply for a job at Google. Google disagreed.

I was in the midst of a career transition. I had spent three years working as a management consultant and then at a startup, but I wanted to become a computer engineer. I was earning a Master’s in computer science through Georgia Tech’s online program. I knew that I was slowly developing the skills that I would need in an engineering role, but I still lacked the confidence to apply for a full-time software role.

One morning, while working on a project, I Googled “python lambda function list comprehension.” The familiar blue links appeared, and I started to look for the most relevant one.

But then something unusual happened.

The search results split and folded back to reveal a box that said “You’re speaking our language. Up for a challenge?”

I would find that intensely scary. I’d worry I’d either been hacked or taken hallucinogenics.
link to this extract

According to a new forecast from the International Data Corporation (IDC) Worldwide Quarterly Tablet Tracker, tablet shipments, inclusive of 2-in-1 devices, are expected to decline -8.0% in 2015, representing a notable slowdown from IDC’s previous forecast of -3.8%. Shipments are now expected to reach 212 million with the vast majority being pure slate tablets.

The overall trajectory of the tablet market has not changed significantly over the past year and a half, but the 2-in-1 segment, also referred to as detachables, is starting to gain traction. While the 2-in-1 form factor is not new, OEMs are getting more serious about this market and as a result IDC expects the 2-in-1 segment to grow 86.5% year over year in 2015 with 14.7 million units shipped. Although this volume is far below that of the more affordable slate tablet segment, IDC believes these devices appeal to an audience seeking an alternative to pure tablets with smaller screens.

Basically, Windows picks up from interest in 2-in-1 devices. But it remains niche. (Gartner rolls 2-in-1s into its PC category; IDC calls them “tablets”.) IDC expects an “iPad Pro” and that Apple will still be the largest vendor in 2019.
link to this extract

Worldwide PC shipments are expected to fall by -8.7% in 2015 and not stabilize until 2017, according to the International Data Corporation (IDC) Worldwide Quarterly PC Tracker. The latest forecast has growth declining through 2016 – which will make five years of declining shipments. Growth should resume in 2017, led by the commercial market, while consumer volume continues a small decline through the end of the forecast in 2019.

Although IDC had expected the second quarter of 2015 to be a transition period as vendors prepare for Windows 10 systems in the second half of the year, final results nonetheless shrank even more than expected due to a stubbornly large inventory of notebooks from prior quarters and severe constraints posed by the decline of major currencies relative to the US Dollar.

Hey ho. This is really going to put the squeeze on the smaller players.
link to this extract

Mexico consumes more soda per capita than any other country, and research links sugary drinks to obesity and diabetes, a leading cause of death in Mexico.

More than 14 million Mexicans have diabetic retinopathy, which impairs vision.

That could explain why Mexico became the first country to impose a national soda tax, which went into effect on the first day of 2014.

“It was a really big deal. A really, really big deal,” said Marion Nestle, a professor of nutrition, food studies and public health at New York University and the author of the forthcoming book “Soda Politics: Taking On Big Soda (and Winning).”

“Generally, the taxes are considered the most radical things you can do about obesity,” said obesity expert Kelly Brownell, the dean of the Sanford School of Public Policy at Duke University.

The tax is an excise tax (meaning it’s paid at the point of purchase) that tacks on a peso (about 6 cents) per liter to sales of sugar- or syrup-sweetened sodas, juices, energy drinks and bottled tea and coffee. It also applies to drink powders and concentrates but excludes flavored milks, diet sodas and bottled waters.

“Soda” is such an innocuous word for a useless drink whose health effects are entirely negative. Sugar taxes are long overdue. As Chris Mims says: “Soda companies are the new tobacco companies, full stop.” When will the UK and US follow suit?
link to this extract

Jonathan Mayer found some unexpected – and unwanted – ads while at the airport:

Curious, and waiting on a delayed flight, I started poking through web source. It took little time to spot the culprit: AT&T’s wifi hotspot was tampering with HTTP traffic.

The ad injection platform appears to be a service from RaGaPa, a small startup. Their video pitch features “MONETIZE YOUR NETWORK” over cascading dollar signs. (Seriously.)

When an HTML page loads over HTTP, the hotspot makes three edits. (HTTPS traffic is immune, since it’s end-to-end secure.)

Next, it injects a backup advertisement, in case a browser doesn’t support JavaScript. It appears that the hotspot intercepts /ragapa URLs and resolves them to advertising images.

Finally, the hotspot adds a pair of scripts for controlling advertisement loading and display.

Mayer is the person who spotted Google hacking Safari to add Doubleclick cookies back in 2012 (a case that led to a $22.5m FTC fine for Google, and ongoing court cases in the UK).

Strangely enough, when quizzed about this, AT&T said it was a test that it had just finished. What an amazing coincidence that (a) Mayer tried it, last week, just near the end of the trial (b) AT&T stopped it just after Mayer’s post was published. (Bonus: iOS 9 – coming next month – mandates HTTPS for pretty much all connections. So that’s a benefit.)
link to this extract

Who are Twitter’s verified users? » Medium

They’re followed by sports clubs and athletes with about 18% of the accounts, and actors & entertainers representing another 13%. Given how comprehensively musicians are represented in the top 10 lists, it was surprising to me that only about 12% of the verified accounts were musicians and music industry people.

Not that surprising, really. Also notable: verified journalists tend to have lower follower:following ratio (ie, they discuss, rather than broadcast). HMU!
link to this extract