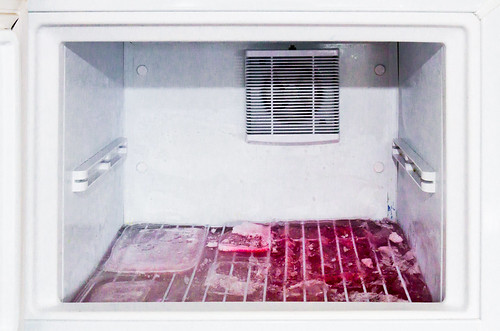 A better sound to be found inside? Photo by pumpkinmook on Flickr.

in recent years, Windows has become an afterthought for many software developers, who have turned to the huge and engaged audience on smartphones. That shift has left Microsoft in a precarious position with consumers in recent years.

To generate more interest from developers, Microsoft has designed Windows 10 to run on PCs, smartphones and other devices, which is meant to make it easier for developers to write apps that run across all of them. And the company has sworn there will be one billion devices running the software in the next two to three years, giving developers a huge potential market to reach with their creations.

“I think we will see really huge adoption” of Windows 10, said Kevin Sather, director of product marketing for systems at Razer, a maker of high-end gaming computers and other devices.

The benefits of fast and free adoption of Windows 10 could well outweigh the revenue Microsoft is giving up. The company does not disclose how much upgrade revenue it normally makes from a new operating system, but analysts estimate that it is small compared with the other ways the company makes money from the operating system.

What this doesn’t explain is why Windows 10, even free, should suddenly make consumers devote any more time to their PCs, or buy Windows tablets any more than they do. Obviously Microsoft is a business-oriented company. So will this actually make any difference at all to the general direction of travel, away from the desktop to mobile? I just don’t see it.
link to this extract

Try the freezing experiment using a CD first – they are usually the easiest object to hand. If you have two identical CDs all the better as you can keep one CD as the control (no treatment) and put the other CD through the freezing/slow defrost process.

Place one CD in a plain plastic bag and place this bag in the domestic deep freezer overnight. When you remove the CD from the freezer, allow it to return to room temperature very, very slowly. You can achieve a slow defrost quite easily by wrapping it in a towel or blanket. Listen to the CD which has been through the freezing process first and then see if you can listen to the other (unfrozen) CD with the same pleasure !! Putting the previously frozen CD through the freezing/slow defrost process a second time gives you a further improvement in the sound.

Impossible to distinguish from satire. Or reality.
link to this extract

Only around 15% of WP 8.1 users to upgrade to Windows 10 Mobile? » All About Windows Phone

There’s something of a blanket assumption that everyone currently using Windows Phone 8.1 will upgrade to Windows 10 Mobile – after all, Microsoft has been promising that ‘majority’ of users will join the Window 10 ecosystem. But, after a few recent experiences of mine with budget devices, I thought it worth sounding a note of caution and reality – I’d put money on the actual conversion numbers to Windows 10 Mobile being significantly less than 50% and maybe as low as 15%.

He tested trying to update to Windows 10 Mobile on wiped-clean Lumias. It wasn’t great. Why? Storage: some of those low-end phones just won’t have the spare space – especially for those with any apps installed.
link to this extract

in 2007, along came the iPhone. Adobe engineers embraced it immediately. “Everyone who was in the organization was carrying an iPhone,” said Carlos Icaza, an Adobe senior engineer at the time.

But Apple’s smartphone also troubled Mr. Icaza, who was in charge of Flash development on mobile phones. Flash had become bloated over the years and required lots of computing power to run. That wasn’t a big deal on PCs, but on mobile phones, with their limited battery life, it was a major problem, and Apple had opted not to support the technology.

Flash needed a major rewrite to work on the iPhone, but Mr. Icaza couldn’t get his superiors to allocate the necessary resources.

“For me, it was, ‘What the hell is going on? We have this amazing device that is going to change the world and everybody knows it,’” he said in an interview. “Nobody at the organization was trying to make Flash work on this device.”…

…Adobe itself now considers Flash to be immaterial to its business, meaning that it accounts for less than 5% of company revenue, but it is still widely used on websites built for browsers. The software runs on under 6% of the Internet’s home pages and its use is declining, according to BuiltWith Pty Ltd, which tracks Internet technology.

You don’t hear that 6% stat thrown around much, do you?
link to this extract

A few months into the relationship I’d asked Siri to remember which of the many Johns* [*his name wasn’t John] in my contacts was the one I was dating. At the time, divulging this information to Siri seemed like a big step — at long last, we were “Siri Official!” Now, though, we were Siri-Separated. Having to break the news to my iPhone—my non-human, but still intimate companion—surprisingly stung.

Siri wasn’t the only screen-based trial of my break-up. Our relationships now exist across networked webs of digital connections, webs that we build up each time we begin a new romance and then must painfully break down when one ends. When I flicked open my laptop at work, the bottom-right corner was empty where a Google chat had previously sat waiting for me. Notifications of unread Snapchat messages used to lead to goofy photos of John, but now they’re just, disappointingly, announcements from Team Snapchat. Every time I send a note to a particular group of friends, Google’s algorithm suggests I add John to the e-mail thread.

Our relationship was the digital equivalent of moving in together, and now painful memories of him were scattered all over my online home. Technology was making my heartache worse, but that’s not how these things are supposed to work: Technology is supposed make our lives easier, so I sought out tech fixes for a broken heart.

In a long manifesto posted alongside the stolen ALM data, The Impact Team said it decided to publish the information in response to alleged lies ALM told its customers about a service that allows members to completely erase their profile information for a $19 fee.

According to the hackers, although the “full delete” feature that Ashley Madison advertises promises “removal of site usage history and personally identifiable information from the site,” users’ purchase details — including real name and address — aren’t actually scrubbed.

“Full Delete netted ALM $1.7mm in revenue in 2014. It’s also a complete lie,” the hacking group wrote. “Users almost always pay with credit card; their purchase details are not removed as promised, and include real name and address, which is of course the most important information the users want removed.”

Their demands continue: “Avid Life Media has been instructed to take Ashley Madison and Established Men offline permanently in all forms, or we will release all customer records, including profiles with all the customers’ secret sexual fantasies and matching credit card transactions, real names and addresses, and employee documents and emails. The other websites may stay online.”

For those still deciding on whether the first Apple Watch makes sense, I have no reservations in saying that it’s the best wearable I’ve ever used. However, at the same time I find it hard to recommend this first-generation Apple Watch. It’s clear that there are far too many obvious areas to improve upon, areas where Moore’s law will help to dramatically improve the experience. In the case of smartphones, Moore’s law made it possible to deliver true all-day battery life and fluid app performance. After spending a few months with the Apple Watch, all I can see is a need for more compute and battery life, like what happened with smartphones.

Finally, we get back to the question of whether Apple will be sell people on the concept of a watch. In the months since I first used the watch I’ve ended up wearing it every day. I distinctly noticed its absence when I forgot the charger on a trip. I don’t know if Apple will succeed in convincing others of the utility of a watch, but they’ve definitely convinced me.

To the despair of graph-lovers everywhere, the authors declare that they can’t figure out a standard method for testing battery life, because you can configure the Apple Watch and Android Wear to behave so differently on notifications. But I agree with their conclusion – what you begin to notice, increasingly, over time is the utility.
link to this extract

Dropdowns should be the UI of last resort » LukeW

No one likes filling in forms. And the longer or more complicated a form seems, the less likely we are to jump in and start filling in the blanks -especially on small screens with imprecise inputs (like our fingers).

While there’s two extra fields in the “painful” version above, the primary difference between these two flight booking forms is how they ask questions. One makes use of dropdown menus for nearly every question asked, the other uses the most appropriate input control for each question.

Dropdowns really are a pain, but it takes this post to point out quite why. There’s a longer writeup with links to video clips too.
link to this extract