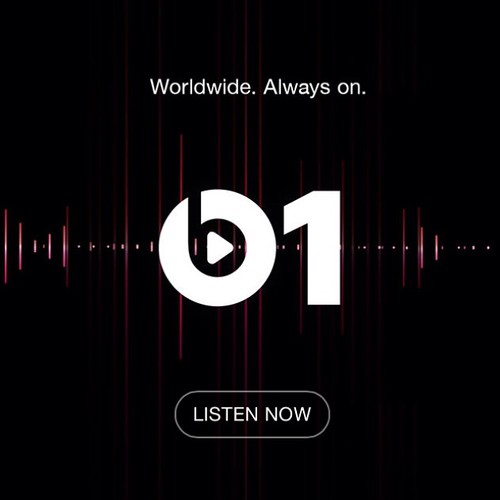 Apple Music is available if you’re running iOS 8.4. Photo by danielooi on Flickr.

A selection of 7 links for you. Do you feel lucky? Well, do ya, punk? I’m charlesarthur on Twitter. Observations and links welcome.

This is amazing: from 29 June, when iOS 8.4 was released (bringing Apple Music), Mixpanel’s measurement suggests that it passed 50% of all installed iOS devices by 16 July. That’s less than three weeks. It’s gaining about 1% per day. There has to be an upper limit, but it’s pretty high – 84% of devices are running iOS 8.

This also means, if Mixpanel is representative, that about 200m devices could already be able to try Apple Music.
link to this extract

The view from the front seat of the Google self-driving car, chapter » Medium

(That’s Google’s SDC being rear-ended on July 1 in the right-hand lane: the car causing the crash doesn’t even brake.)

National crashes-per-miles-driven rates are currently calculated on police-reported crashes. Yet there are millions of fender benders every year that go unreported and uncounted  —  potentially as many as 55% of all crashes, according to the National Highway Traffic Safety Administration. (None of the accidents in which people hit us resulted in a police report  —  not even the July 1 crash, even though the police were on site.) Furthermore, the numbers that are available don’t distinguish between miles-driven before causing a crash vs simply being involved in one. This all means no one knows the real crashes-per-miles-driven rates for typical American streets.

Kids would buy (or their parents would buy for them) the iPod Touch because of 3 things:

• It played games (Minecraft, mostly)
• It had YouTube
* It could stream music

A lot of families stopped buying iPod Touches once the iPad Mini got down to the $249 price point. You get a lot more device for your buck, and Touch sales dropped off very quickly. I could go on and on about this, but young kids love iPads more than most of us 20-30 somethings can imagine.

You also see more and more kids just using a hand-me-down smartphone that the parents have since upgraded from.

And then there were older people who bought Touches. They were more rare, but they were people who wanted something to FaceTime with their kids/grandkids. Maybe they wanted to use a couple apps they had heard about, but didn’t want to pay the ridiculous data fees to get them on a smartphone. This was a much smaller market, and many of them would end up buying an iPod Nano (for reasons I’ll address in the next section).

Nano and Shuffle had very different audiences. I asked who used to buy the Classic; his reply: “You’d be shocked how few were sold. Let’s just say it’s too few for me to draw any real conclusions.”
link to this extract

HTC won’t ship the Grip after all, but its fitness ambition lives on » Engadget

Hey, remember that time HTC built a fitness tracker (with a little help from Under Armor) and showed it off in Barcelona? The one that was originally slated for a Spring launch? Well, we’re knee-deep in Summer already, and the company just confirmed to us that it no longer plans to ship the Grip we’ve already seen. As a spokesperson put it, the company “decided to align Grip with the entire product portfolio for health and fitness launching later this year” after “extensive wear testing and user feedback.” In other words, the exact Grip we saw in Spain won’t hit the market, but something better will.

Uh-huh. Let’s see how this progresses. HTC made the right call putting off its smartwatch (pre-announced in February 2014); this would also be a tough sell when it’s losing money. Problem is, how do you make money except with new things?
link to this extract

How iCloud Drive deletes your files without warning » Michael Tsai

let’s say that, on your shiny new Mac, you want to move these files from iCloud Drive to your local hard drive, or to another synced drive like Google Drive or Dropbox. Well, you can just drag their folders do the other destination, right? You sure can. Apple kindly warns you that your dragging action is moving that folder, and that the files will be moved to your Mac, and won’t exist on iCloud Drive anymore. Fine. That’s what dragging a file from one place to another generally does!

But what happens if there are files inside this folder that haven’t yet synced to your local machine? Well, the move operation will be slower, because your Mac has to first download them from iCloud Drive. But once they download, they’ll be in their new location. Right?

Tsai then follows up to show that Apple knows about this – though also pulls together other comments, including one from an ex-Apple services employee, showing that this problem is known internally, but it is being starved of funding.
link to this extract

Former Reddit CEO Ellen Pao: the trolls are winning the battle for the Internet » The Washington Post

To understand the challenges facing today’s Internet content platforms, layer onto that original balancing act a desire to grow audience and generate revenue. A large portion of the Internet audience enjoys edgy content and the behavior of the more extreme users; it wants to see the bad with the good, so it becomes harder to get rid of the ugly. But to attract more mainstream audiences and bring in the big-budget advertisers, you must hide or remove the ugly.

Expecting internet platforms to eliminate hate and harassment is likely to disappoint. As the number of users climbs, community management becomes ever more difficult. If mistakes are made 0.01% of the time, that could mean tens of thousands of mistakes. And for a community looking for clear, evenly applied rules, mistakes are frustrating. They lead to a lack of trust. Turning to automation to enforce standards leads to a lack of human contact and understanding. No one has figured out the best place to draw the line between bad and ugly — or whether that line can support a viable business model.

The basic problem is that we remember the vicious words and acts more than the kind ones; possibly we’re evolutionarily set out that way.
link to this extract

many smartphone apps still allow users to make an unlimited number of login attempts. That failure allows attackers to cycle through long lists of the most commonly used passwords. Given the difficulty of entering strong passwords on smartphone keyboards, it’s a likely bet that it wouldn’t be hard to compromise a statistically significant number of accounts over a period of weeks.

According to research from smartphone security firm AppBugs, dozens of Android and iPhone apps downloaded more than 300 million times contain no limits on the number of logins that can be attempted. Per the company’s disclosure policy, researchers give app developers up to 90 days to fix vulnerabilities before making them public. That means most of the 50 or so apps identified by AppBugs still aren’t being made public. Still, the grace period has expired on at least 12 apps, including those from CNN, ESPN, Slack, Expedia, Zillow, SoundCloud, Walmart, Songza, iHeartRadio, Domino’s Pizza, AutoCAD, and Kobo. Three other apps, from Wunderlist, Dictionary, and Pocket, were found to be vulnerable but were later fixed after AppBugs brought the weaknesses to the developers’ attention.

1 thought on “Start up: Google and real accident rates, who really buys iPods?, Reddit and trolls, and more”