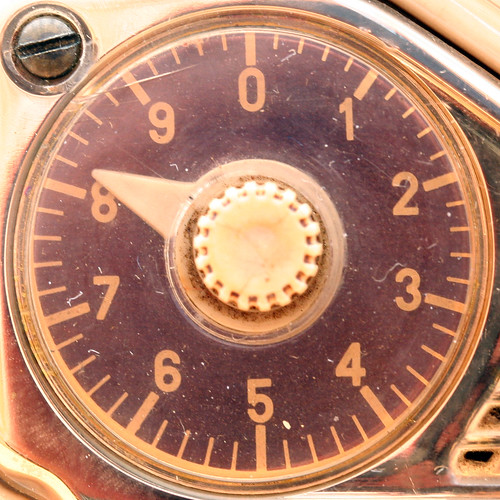 The internet of things, old style. Photo by Leo Reynolds on Flickr.

A selection of 9 links for you. Gawp at them. I’m charlesarthur on Twitter. Observations and links welcome.

While the U.S. Navy is busy with the development of a new bulletproof material called Spinel, Surmet Corporation is already commercially producing its own version called ALON®. Technically known as aluminium oxynitride, Star Trek fans may be more familiar with the term “transparent aluminium” first proposed by Scotty in the 1986 movie, Star Trek IV: The Voyage Home. While ALON isn’t quite what Scotty had in mind (it’s not truly a transparent metallic aluminium, but rather a transparent aluminium-based ceramic), it’s pretty darn close.

Bloody hell, it is too. If this isn’t a con, it’s amazing. (And it’s aluminIum, dammit.)

Julius “zeekill” Kivimaki, 17, was sentenced to a two-year suspended prison sentence and was “ordered to fight against cybercrime” according to Finnish media. The charges against Kivimaki include data breaches, felony payment fraud, telecommunication harassments, and other counts relate to fraud and violations of company secrets. Neither the Ministry of the Interior, Police Department of Finland, nor the District Court of Espoo, the court presiding over Kivimaki’s case, were available for comment in time for publication due to time differences.

Kivimaki helped lead massive distributed-denial-of-service (DDoS) attacks on Microsoft’s Xbox Live and Sony’s Playstation Network over last year’s winter holidays, making international headlines. Kivimaki appeared on camera during an interview with U.K. television station Sky News. Blair Strater, a victim of Kivimaki’s repeated harassment, was “absolutely disgusted” by the ruling, he told the Daily Dot in a phone interview, because he felt the sentence was too light. Kivimaki has, according to Strater, repeatedly called in fake threats to American law enforcement, resulting SWAT teams arriving at the Strater residence, a practice commonly known as “swatting.” For three years, Kivimaki has harassed the Strater family by stealing their identities and wreaking havoc on their finances and personal lives, Strater said.

Doubt he would have got that little in the US, despite his age.

Mobile devices are so popular with kids that nearly half of the 800 parents quizzed by Miner & Co. reported that they confiscate their kids’ tablets when they act up and make them watch TV instead, thereby fostering a sort of Pavlovian response that equates TV with punishment. (That these parents simply don’t restrict their kids’ access to video altogether when they misbehave suggests that they’re raising a generation of spoiled content junkies, but that’s another story.).

“Go to your room and watch TV!”

The anxious ease of Apple Music » The New Yorker

So, contrary to plan, Apple has not necessarily succeeded in making music better. Then again, it might not be doing long-term damage; indeed, it might not be having much effect at all. The musicologist Deirdre Loughridge recently published a blog post about the history of music-subscription services, which date back to sheet-music lending libraries in the 18th century.

By the 1830s, pundits were fretting that such libraries were undercutting the economics of the music business and altering the nature of listening. “One enjoys superficially, one always wants something new,” a critic groused in the Allgemeine musikalische Zeitung. A few decades later, a piano teacher wrote, “Music lending libraries could very well be called ‘music snacking libraries.’” Almost identical complaints are being levelled at Spotify, YouTube, and the rest. These anxieties are now forgotten because, as Loughridge notes, the very existence of music-lending libraries has been forgotten. If they hurt music sales, the damage was soon repaired. Loughridge suggests that this obscure history should promote a “healthier skepticism toward claims that any model represents ‘the’ answer for the music industry.”

All I’d ask for from Apple Music is what Deezer offers, called “Flow”: one press and it generates a neverending playlist based on what you’ve listened to and liked, but adding new “alike” tracks.

I don’t remember who told me company narratives were like a clock. I was at Google, where I’d taken a job on the communications team despite zero experience in communications. During my early days there, I tried to navigate my new profession by listening to the many comms experts already at the company from whom I would learn so much. One theory about narratives stuck with me: A company’s narrative moves like a clock: it starts at midnight, ticking off the hours. The tone and sentiment about how a business is doing move from positive (sunrise, midday) to negative (dusk, darkness). And often the story returns to midnight, rebirth and a new day. It was a passing remark, and hardly revolutionary — it closely followed the hero’s journey and other theories of storytelling. But it made a ton of sense.

Smartphone trends in the US » Tech.pinions

One of the key things I’m hearing – and which was somewhat evident already in the Q1 2015 results the carriers announced – is that the huge upgrade cycle which happened in 2014, and especially in Q4, is somewhat sucking the wind out of sales in 2015 so far. Though that upgrade cycle was partly driven by massive iPhone sales, and is therefore good news for Apple, it seems to be somewhat depressing Android device sales in the first half of 2015, despite the new device launches from major vendors including Samsung, LG, and HTC.

In general, I suspect we’ll see somewhat lower rates of upgrading this year than we did last year, as there were a number of factors that drove higher than usual rates in 2014 and many of those customers will now not be upgrade-eligible until late 2015 or even 2016.

Convenient for Apple that it doesn’t really focus its efforts until late in the year.

When the Galaxy S6 and its curved-screen variant, the Galaxy S6 Edge, were launched in April, the phones were praised by reviewers and greeted with strong advance orders from consumers. But Samsung appears to have badly miscalculated in its expectations for what kinds of smartphones these consumers were after. According to a person familiar with the matter, the company initially expected to sell four Galaxy S6 smartphones for each Galaxy S6 Edge that it sold, and set up its production facilities accordingly. Instead, demand was much likely closer to even for the two devices, the person said. That led to a glut of unsold Galaxy S6 devices—particularly white-coloured devices—and not enough Galaxy S6 Edge smartphones, the person said.

Analysts quoted in the story are estimating between 71m and 76m smartphones shipped in the quarter, of which the S6 and Edge would be “slightly more than 20%” (that’s 14.2m-15.2m – so take it as 15m). Being left with a colour variant is bad, bad news.

This is a pretty clear screw-up by Samsung that suggests they don’t understand just how starkly the smartphone market has bifurcated: the only people buying a high-end Android phone want the top-of-the-line, and that means the Edge. Anyone who is concerned about price isn’t going to save $100 by buying a normal S6; they’re going to save $500 and get a perfectly serviceable phone that runs the exact same software. That said, I suspect that even had Samsung properly forecast Edge demand sales would have still been disappointing…

…it does seem likely that the S6 stole whatever HTC One customers existed: the Taiwanese smartphone manufacturer just reported a loss of $261 million on revenues of just over $1 billion; the company originally forecast revenues of $1.57 billion but the One M9 has been a complete flop. It seems likely (pending LG’s numbers) that there is only room for one high-end Android model, for now anyways; small solace for Samsung, but solace nonetheless.

I don’t usually excerpt from subscriber products like Thompson’s (because it’s effectively breaking the paywall, which is his livelihood) but this was too apposite to miss. Subscribe. It’s low-priced and insightful. (His suggestion for how reddit should make money is smart.)

As an inevitable by-product of the unit’s recent performance, [Sony Mobile chief Hiroki] Totoki has had to fend off rumours that Sony is, or was, planning to sell off its mobile division as a result of the dire financial results. A defence, he says, is easy to make when you look at the reasons behind the poor figures. “The speculations arose because in 2014 we made a huge loss as a mobile business,” he says. “It mainly came from the write-off of the goodwill of our impairment asset. When we bought back Ericsson’s share [in 2012], we bought back 100 percent of it. And obviously that price was high. We had to write it down and it made a substantial loss for the company.

“But this was an accounting loss and did not impact our cash flow. Our cash flow is very healthy. But the accounting loss was so huge — that’s why people have speculated like this. “Before that rumour, we exited the VAIO business, which was the PC business. That led people to think that Sony would exit the smartphone business, as well. But the smartphone business is very different from PCs. “Smartphones are completely connected to other devices, also connected to people’s lives — deeply. And the opportunity for diversification is huge. We’re heading to the IoT (Internet of Things) era and have to produce a number of new categories of products in this world, otherwise we could lose out on a very important business domain.”

Two things: the writeoff of value wasn’t the entirety; Sony still made an operating loss, even ignoring goodwill writeoffs. Secondly, the IoT argument is why I think Microsoft will stick with the smartphone business despite its horrendous losses. Interesting to see Sony Mobile using it too.