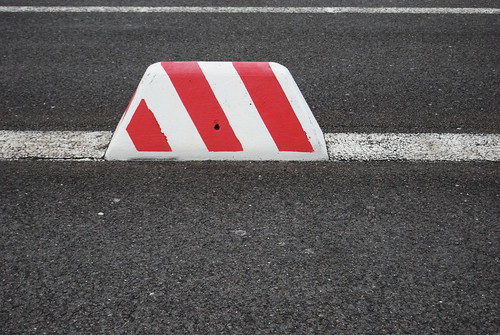 A selection of 9 links for you. Oh yes. I’m charlesarthur on Twitter. Observations and links welcome.

A blow for mobile advertising: the next version of Safari will let users block ads on iPhones and iPads » Nieman Journalism Lab

Why would Apple do this?

An Apple partisan might argue it just wants to give users control of their iPhone experience, and having debuted extensions in the last version of iOS, allowing them to alter web content is a natural next step.

An Apple cynic might note that the company on Monday unveiled its new News app, which promises a beautiful reading experience — and a monetization model based on Apple’s iAds.

Oh, it’s that cynic again. Alternatively, someone who’s used iOS might have found their browsing hijacked by bad ads that take you to the App Store, and wanted to block those too – they’re a terrible user experience, and Apple hates things that cause bad UX (remember Flash and Java?)

Google gets its slice principally from iOS search – will those get blocked? Meanwhile, and unintuitively, AdBlock Plus doesn’t seem keen on it.

Pagefair is an “anti-adblock technology company”:

even more controversial than the debate over the ethics of adblocking is the sheer scale of the payments being made – and what that money is funding.

It is safe to assume that Google – rumored to be paying $25m – is the largest customer on the Acceptable Ads program. This is a relatively small sum for a global corporation with revenues of nearly $60bn, while being a huge cash injection for a fast-growing adblocking startup in Cologne. It is not credible that these funds are simply being spent on the administration of the acceptable ads program. Instead, they are presumably being reinvested in the future development of adblocking.

“Acceptable Ads” means that if you pay up, your ads don’t get automatically blocked. Taboola has done the same; AdBlock Plus must be minting it. And there’s no sign that this is going to go away. For both ABP users and ABP itself, it works perfectly.

We’ve found that the group behind Duqu 2.0 also spied on several prominent targets, including participants in the international negotiations on Iran’s nuclear program and in the 70th anniversary event of the liberation of Auschwitz. Though the internal investigation is still underway we’re confident that the prevalence of this attack is much wider and has included more top ranking targets from various countries. I also think it’s highly likely that after we detected Duqu 2.0 the people behind the attack wiped their presence on the infected networks to prevent exposure.

Kaspersky hints, but doesn’t outright say, that a nation state was behind the attack.

“We’re coming up with these incredible definitions and clarifications, and I’m just trying to throw some water on everybody’s faces,” Mr. Daus said. “There’s no sharing going on. This is about for-hire transportation, and there needs to be a level playing field,” he said, suggesting that capping the number of vehicles on the road was necessary.

Across town at the exact same time, at another conference focused on the intersection of technology, business and government, the sharing economy was also under the microscope. The conference, called Techonomy Policy, included participation from the F.T.C. and the Federal Communications Commission.

“How sustainable is this?” asked Arun Sundararajan, a professor at New York University’s business school.

Perhaps more sustainable than some would like. Why would AirBnB or Uber go away?

Remember Google’s blogpost “The Search for Harm“, which suffered from misquoted statistics about incoming search to news websites?

This analysis by Foundem (one of the EC complainants over search) suggests – very strongly, with data to back it up – that the graphs Google included there to show how little effect it was having on online price comparison shopping, which is what the EC complaint is about initially, looked at quite different topics.

And that when you look more closely at what Google’s been doing, you discover far more effect than you might expect.

It’s a fascinating analysis; Google has questions to answer.

Huawei delays launch of its SmartWatch to September-October in China » TalkAndroid.com

Huawei’s Watch was first unveiled at MWC back in March, and it is still one of the better-looking Android Wear devices around. There is no set shipping date for the Huawei Watch just yet, although it is available to pre-order in most countries. Not in China though, availability of the Huawei Watch has been delayed until at least September, although October hasn’t been ruled out if things don’t go to plan.

It all stems down to Google having left the Chinese market due to disagreements with the Chinese government. This means that Google’s Services won’t work in China, which has left Huawei with the task of adapting Android Wear to use its own services. Obviously this isn’t going to be a quick fix.

Given that many westerners can’t pronounce Huawei (it’s Hoo-wah-way), and won’t know it has a smartwatch, no great loss of face. Also, Peter Holden: things stems *from*, not “down to”.

there has been less interest in the data than many hoped. Council finance data is viewed around 200 times each month. The person on the street has not been desperate for data. No army of armchair auditors has sprung up. There are some enthusiasts here and there; a concerted campaign in Barnet used open data to build its case against the (now deceased) Conservative council. But few people have the time and, most importantly, the motivation to scroll through complicated pdf documents of raw council spending data. Data needs a narrative, and pdf documents and spreadsheets don’t yet tell a good enough story.

This links to a further problem. If you do find a smoking gun among the spreadsheets, who do you send it to? The council itself, the opposition or the local press? It’s notclear what the next step would be and how it would fit in with the processes by which councils are accountable to citizens.

The better news is that something is being done with the data. Users include businesses, pressure groups and journalists as well as a handful of members of the public. While they haven’t unleashed a wave of accountability, there have been sudden bursts of data-driven questioning of local authorities.

Sounds like there’s been pretty much exactly the right amount of interest in the data. And the key point is, if the councils and politicians know that the data is auditable, they will realise they can’t hide stuff. Compare and contrast: FIFA payments.

Why I’m breaking up with the Apple Watch » NYTimes.com

the busywork the watch’s apps can replace — handing over airline boarding passes, opening hotel room doors — seems less like an advance than a loss of control. Call me a Luddite, but honestly, I don’t mind unlocking things with my actual hands. The new watches announced this week may change the situation, but I am not sure I have the patience to wait.

Likewise (and I know this will be heresy to anyone really excited about the coming Fitbit initial public offering), the fitness-app aspect — the tracking of my steps, the measuring of my heart rate, the telling me to stand up when I am in the middle of an article — seems more like a burden than freedom.

I have worked hard to wean myself from a reliance on exercise machines telling me how hard I had worked — how many calories I had burned, how many stairs I had climbed — in part because I knew I was cheating pretty much all the time anyway and thus could not trust the results, and in part because it became an excuse to modify, or not, my ensuing behavior.

But the truth is, I know when I am in shape; I can see the difference in my body and feel it when I ride my bike in the park. The watch threatened to drag me back into a numbers-driven neurosis, and that’s a temptation I would rather not have.

When it comes to Lumia photography, we think Pritesh Patel knows a thing or two about inspiring others. His amazingly surreal work is inspiring on many levels, with a magical combination of skill, creativity, and originality all working together to create some seriously fantastic photos.

Pritesh is a 22-year-old Mechanical Engineering graduate from Anand in Gujarat, India who has been a big lover all things Lumia for quite some time. And luckily for us, he’s here to tell us all about the magic behind his super photos — what he loves about his Lumia, what inspired him to create his photos, how he does it, and how you can do it too.

They are clever photos (though lots of post-editing is needed; it would be nice if some were clever trompes l’oeil). Also, “amazingly surreal” photos? Either amazing or surreal. Not both.