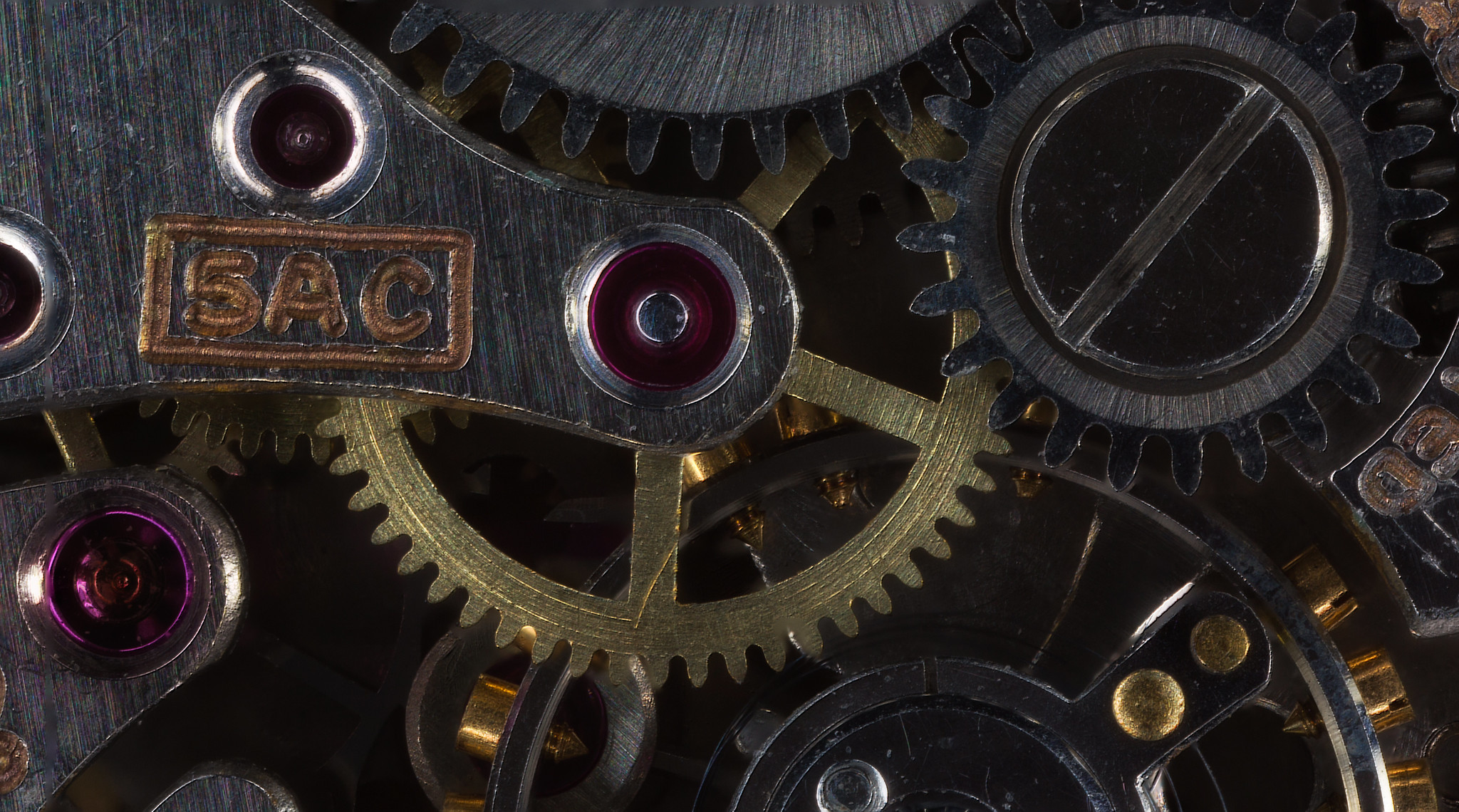 Where’s the Bluetooth module? Photo by Kellar Wilson on Flickr.

A selection of 8 links for you. Not to be sold separately. I’m charlesarthur on Twitter. Observations and links welcome.

What changes at Medium and Yahoo Pipes teach us about the persistence of the web » Scripting.com

What we need, and still don’t have, is a systematic way of publishing to the future. Such a system would allow you to pay a fixed sum to keep your content at a specific address for the foreseeable future. No one can make a guarantee, we don’t know what the future holds, but every effort has to be made, upfront, to be sure that the content has the best chance to survive as long as possible. # It would be nice if a visionary entrepreneur would get involved, and an educational institution, perhaps, and/or an insurance company, the kinds of organizations our society creates to be long-lived. It would be great to get input from Stewart Brand and his colleagues at the LongNow Foundation.

Not a bad idea. But isn’t that what the Internet Archive is doing? Winer responds to that: “long-lived context is not the same thing as having a snapshot” [as the IA does].

the bad news is that the new features may not work on your iPad, unless it’s one of the newest models. And Split View, which allows you to use two apps at the same time, and is one of the best new features, only works on the iPad Air 2, Apple’s latest iPad, which starts at $499 and was released last fall.

The cynic would say the fact that the new features, which are part of a software update coming later this year, only working on the latest and greatest iPads is a ploy to get you to upgrade your iPad. Apple has struggled with relatively sluggish iPad sales — the company still sells millions each quarter, more tablets than any other single company — but sales continue to fall…

…Of course, using two apps at the same time, or watching a video in the background while doing something else on your iPad, certainly requires more processing power than just using one app, so it may be that the features only work well enough for Apple to include it on its latest and most powerful iPad.

Yeah, but the cynic will disregard that sort of logical argument. All software can run on all hardware, regardless of age, according to the cynic.

Apple continues to be ridiculed for its failed Ping! music social network. While it was no killer app it nonetheless represented an attempt to turn iTunes into a music platform. Now that same strategy has been rekindled with the launch of Artist Connect. This is Apple’s attempt to turn itself into an artist-fan engagement platform. Artist-fan engagement is the gold dust of the digital era music business. It’s the scarce, invaluable commodity that music fans crave in a post-scarcity music world…

…while DIY sites of various guises are niche, Apple presents the opportunity to reach more than a hundred million of the world’s most valuable (i.e. highest spending) music fans. Sure some of them now pay for Spotify but they’re still iTunes users also. If Apple’s featureset for artist is strong enough, expect strong uptake, especially from the bigger labels and artists.

Chart: Apple Music vs. Spotify, Pandora, Rhapsody and the rest of the streaming competition » GeekWire

Apple unveiled its new $9.99/month streaming music service this morning, staking its claim in a market with a large number of existing competitors. Established players include radio services like Pandora, freemium services like Spotify, and industry veterans like Seattle-based Rhapsody. This chart, created by GeekWire, shows how Apple compares to many of these existing services.

The missing element: how many devices is each one effectively preinstalled on? Yeah, Apple Music gets an advantage there. (I admit that I was surprised by the introduction on Android. But it makes perfect sense.)

Coming in autumn (when the new phones come out, one assumes):

Additional watchOS 2 features include: • Nightstand Mode that transforms Apple Watch into a bedside alarm clock, with the Digital Crown and side button serving as snooze and off buttons for the alarm;
• the ability to use merchant rewards and store-issued credit and debit cards with Apple Pay™, which can be added to Wallet;
• support for Transit in Maps*, so you can view detailed transportation maps and schedules, including walking directions to the nearest stations with entrances and exits precisely mapped;
• workouts from third-party fitness apps contributing to your all-day Move and Exercise goals;
• using Siri® to start specific workouts, launch Glances and reply to email; and
• Activation Lock, which lets users secure their Apple Watch with their Apple ID, preventing another user from wiping or activating the device if it is lost or stolen.

That last touch is neat – you remember the discovery of how easily the Watch could be stolen and wiped. Now it has something that sets it apart from any Rolex or other expensive watch (well, apart maybe from an engraved one): stealing it becomes pointless. Lots of stuff that feels as though it just didn’t make the cut for version 1.

Can the Swiss watchmaker survive the digital age? » NYTimes.com

[Frederique Constant watch designer Pim] Koeslag faced a significant problem, though: He had never worked with chips and sensors before. He didn’t even own a soldering iron. Swiss watchmakers don’t need them; their devices are put together with screws and screwdrivers. He led me to a large microscope and placed one of the chip sets under it. When the image appeared on a large computer screen, he zoomed in on the Bluetooth antenna, which looked like a dark, square block. Getting that into the right spot caused him a great deal of trouble, he said. “Under the microscope, we actually welded it on, by hand,” he said.

Well, I guess that answers the question in the headline. Turns out the Swiss watch industry is terrified of the smartwatch’s effect on the $1,200 price segment on their watches which have an accuracy of around 2 seconds per day. Per day?!

Freemium is hard. Its effectiveness depends on where you can put that purchase barrier in your app. Many app types simply don’t have a good place for it. In this case, Shuveb faces the fatal combination of two major problems: • His app is a lightly used utility, but he only stands to make money from heavy use. His free tier is good enough for most users.
• His purchase barrier — more than one article per day — discourages more frequent use, which hinders habit-building. When faced with a paywall, most people will try to avoid it unless there’s a compelling reason to pay. The few customers who hit Comfy Read’s paywall probably just think, “I guess I won’t send this article to my Kindle,” or “I guess I’ll use another app for this.” Users aren’t given the chance to let the app become a crucial part of their workflow or build any loyalty toward it, which would make them more willing to pay, before hitting a paywall.

We have the European E2303 retail model of the Xperia M4 Aqua, which is SIM free so should have less bloatware than carrier versions. It is running firmware build 26.1.A.1.100 and the screenshots you see below are straight out of the box without installing any new apps. You can see that out of 8GB of storage, 4GB is taken up by Android 5.0 and just over 2GB of pre-installed apps. For our model, this leaves a paltry 1.26GB for our own apps, media, photos and videos. No problem, you might say – just delete some unwanted apps. However, most of the apps are baked in and cannot be uninstalled.

Largest one: Facebook (why?), followed by Google Play Services (124MB) and Android System WebView (120MB) and Google+ (110MB). There’s also Chrome in the list. You can use an SD card, but that’s not ideal. Sony also claims – apparently wrongly – that there’s 3GB of free space. (For comparison, the 8GB iPhone 5C has 4.9GB free for users.)