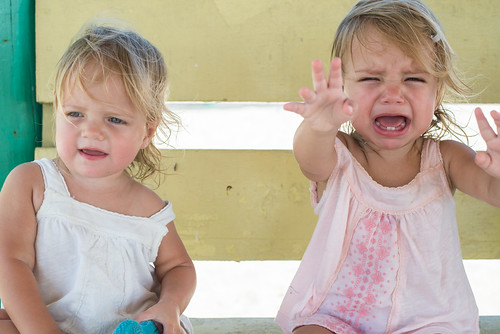 Let’s examine the customer experience as demonstrated by Amazon: The drone flies in and lands on the back patio. The customer leaves the house. The drone releases the package and flies away. The customer grabs the package and heads back inside. This is all well and good, but a lot of important detail still needs to be addressed. For starters, how does the customer know when the drone is arriving? People aren’t going to want their packages sitting outside unattended, especially in inclement weather (assuming drones will even be able to fly when it’s raining or snowing). And people won’t want to sit around looking out their window for half an hour. But what might work is something like what the car service Uber does: showing you via an app where your drone is and how long until it arrives, as well as alerting you via SMS when it does arrive. This would provide a level of assurance, especially at the onset when the idea of a drone carrying an emergency last-minute birthday gift will seem the height of novelty. When the drone does appear, it’s going to be really tempting to race out and grab the package, especially for kids—and perhaps for dogs and excitable adults as well. One problem: between the person and the package are several spinning, knife-like blades that form the rotors of the drone. Being accidentally hit in the face by one would be a great way to lose an eye or obtain a nasty cut.

“We included plasters in case you get hurt!”

Computer scientists are astir after Baidu team is barred from AI competition » NYTimes.com

The competition, which is known as the “Large Scale Visual Recognition Challenge,” is organized annually by computer scientists at Stanford University, the University of North Carolina at Chapel Hill and the University of Michigan. It requires that computer systems created by the teams classify the objects in a set of digital images into 1,000 different categories. The rules of the contest permit each team to run test versions of their programs twice weekly ahead of a final submission as they train their programs to “learn” what they are seeing. However, on Tuesday, the contest organizers posted a public statement noting that between November and May 30, different accounts had been used by the Baidu team to submit more than 200 times to the contest server, “far exceeding the specified limit of two submissions per week.”

What’s particularly incredible is the facial recognition. The app sees individuals in photos even if they are barely in the picture, far in the background, or featured in a photo within a photo. When I did a search for my adult sister’s face, it recognized her in a photo I took of a 20-year-old elementary school picture of her. When I searched for my father’s face, it included a photo I took of a decorative tile-wall in Mexico. I thought it had messed up, because I didn’t see any people in the photo, but when I looked closely, there was a tiny version of my dad at the bottom. Facial recognition has gotten very powerful. Google also seems to know how to flatter its users. When I typed in “skinny,” the search unearthed pictures of me, friends, my sister and my mother, as if it was trying to compliment us. But when I searched for other adjectives, particularly negative ones — fat, sad, upset, angry — Google Photos came up empty. (Some of my colleagues got similar results.) The technology to help computers decipher emotions is out there already, so there’s no technical reason why Google isn’t turning up results for those searches. It gave us results for “love,” but not for “hate.” Whether it’s that we don’t take photos of ugly things, or that Google is shielding us, is something we’d really like to ask the search giant.

You could pick up the phone and ask them…

Shareholders understand Google’s search and ad business, [Schmidt said at the AGM], but they don’t necessarily understand the other projects that the company invests in, like self-driving cars or smart contact lenses. On past earnings calls, analysts and investors have sounded impatient when questioning how those businesses are going to ultimately pay off. But Schmidt assured shareholders Wednesday that ambitious goals like cutting down on car crashes or measuring a diabetic’s blood sugar through their tears are the kinds of things that will ultimately make Google a long-lasting, successful company. “Most companies ultimately fail because they do one thing very well but they don’t think of the next thing, they don’t broaden their mission, they don’t challenge themselves, they don’t continually build on that platform in one way or another,” he says. “They become incrementalists. And Google is very committed to not doing that. We understand the technological change is essentially revolutionary, not evolutionary.”

Are there any lessons from technology companies that have lasted more than a century, such as Nintendo, IBM and Nokia?

Apple appears intent on fixing the problems that cropped up from relying on third-party map providers. One of the reasons Apple Maps was so buggy from when it was launched in June 2012 is the fact that its data percolated in from multiple sources like TomTom, Acxiom, Waze and Yelp By building its own geography dataset, Apple can pare down its reliance on sources like TomTom’s TeleAtlas. Apple’s likely vision is that years from now, we’ll have forgotten about how bad Apple Maps was, because Apple will have taken complete control of its mapping infrastructure and made it watertight.

there’s little doubt that dumb phones and feature phones are a shrinking market. Between the first quarter of 2013 and the first quarter of 2014, the market for non-smartphones shrunk by a 14%, according to CCS Insight (pdf), a research firm. This year, some 590 million non-smartphones will be sold. By 2019, that number will shrink to 350m. But 350m phones in one calendar year is still a lot of phones. And it is, as Microsoft’s Pekka Haverinen of Microsoft’s feature phone division tells Quartz, a predictable market with high volumes and a high market share for Microsoft. It’s not just device-makers who stand to profit from cheap, basic phones. Ericsson reckons (pdf) that by 2020, there will 9.2bn mobile subscriptions, of which 1.4bn will be non-3G subscriptions. This huge market is hungry for services.

Well, sorta. Microsoft’s featurephone segment is shrinking really rapidly; this is a market which is being eaten up by cheap Chinese players for whom, as they say, “your [profit] margin is my opportunity”.

A Twitter spokesperson just provided the following statement to Gawker regarding the apparent suspension of Politwoops’ access to Twitter’s developer API, which enabled the Sunlight Foundation-funded site to track tweets deleted by hundreds of politicians. Summarized: Politwoops is no more.

Earlier today we spoke to the Sunlight Foundation, to tell them we will not restore Twitter API access for their Politwoops site. We strongly support Sunlight’s mission of increasing transparency in politics and using civic tech and open data to hold government accountable to constituents, but preserving deleted Tweets violates our developer agreement. Honoring the expectation of user privacy for all accounts is a priority for us, whether the user is anonymous or a member of Congress.

The post also says that Twitter was considering a “quiet reversal” but found itself snookered on the question of “why them and not others”. But if someone tweets something publicly, haven’t they yielded their expectation of “privacy”? In the print days, the UK Ministry of Defence could demand back documents about cruise missile sitings from The Guardian on the basis of copyright. That seems to be what Twitter is imposing here.