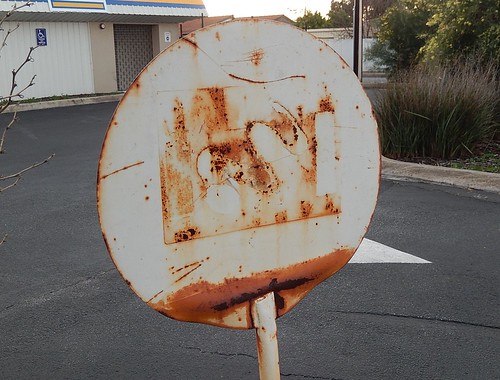 A selection of 8 links for you. Go on, click them. I’m charlesarthur on Twitter. Observations and links welcome.

The Apple Watch contains security measures to prevent thieves from accessing your data, but it doesn’t include the necessary features to dissuade thieves from trying to steal your device to begin with.

The problem stems from the lack of an Activation Lock-like feature on Watch OS 1.0.

Unlike the iPhone, if someone steals your Apple Watch, they can easily reset the device (bypass the passcode), and pair it with a new iPhone logged in to a different iCloud account. In other words, it’s totally feasible to steal an Apple Watch and set it up on a different device as if you just purchased it from an Apple Store.

Samsung’s new software development kit for its homegrown mobile OS Tizen offers a few hints about its upcoming Gear A smartwatch (codenamed Orbis)—namely, that it will probably sport a round display and a rotating bezel for taking a spin through the interface.

More important, though, the SDK also suggests that Samsung is taking a more measured approach to its new wearable—one that bodes well for its future efforts in the area.

Rotating bezel sounds a clever idea… until you try to think what you’d control with it. OK, it was a great idea on the iPod for scrolling through a long list. But on a watchface, you’d be obscuring part of the list at least once every revolution.

Windows 10 Mobile is designed to deliver the best user experience on smaller, mobile, touch-centric devices like smartphones and small tablets. It boasts the same, new universal Windows apps that are included in Windows 10 Home, as well as the new touch-optimized version of Office. Windows 10 Mobile offers great productivity, security and management capabilities for customers who use their personal devices at work. In addition, Windows 10 Mobile will enable some new devices to take advantage of Continuum for phone, so people can use their phone like a PC when connected to a larger screen.

Windows 10, a break from the past of confusing SKUs. Also: Windows Mobile. We have always been at war with Eurasia. (There’s a Mobile Enterprise version too.)

As it’s never too early for “next iPhone” rumours, Joe Rossignol channels KGI Securities’ Ming-Chi Kuo (who has done OK on this stuff before):

The main selling point of the so-called “iPhone 6s” and “iPhone 6s Plus” will be Force Touch, the pressure-sensitive display technology built into Apple Watch and new MacBook trackpads. Other predicted features for Apple’s next iPhone, many of which have already been rumored, include an A9 processor with 2GB of RAM, improved 12-megapixel camera, a new Rose Gold colour option, possible sapphire cover lenses and more.

2GM of RAM is overdue. Unsure about the Force Touch thing: would that make the phone thicker? Would it work all over the screen? It might get rid of a moving part that’s probably prone to break (the home button) which could still have a sapphire lens for the fingerprint unlock. Might.

The most surprising forecast is that there won’t be a refashioned 4in model. Will the 5S remain on sale, but ageing? Or are the larger screens the only future?

Some Fitbit users have found they can use smartphone apps to count steps instead of having to wear a wristband. For others, the novelty just wore out. Catherine Toth Fox bought her Fitbit Charge, which sells for $129.95, in January and was done with it after a month.
“I stopped using it when I figured out how much activity it took me to hit 10,000 steps,” the Honolulu freelance writer, 40, said in an e-mail. “I realized very quickly that I was already reaching that goal just by my normal daily activities, so there was no need to have a device to tell me that anymore.” She gave the Fitbit to her mother, who uses it daily. Her husband, on the other hand, has never taken his out of the box.
Keeping users engaged will matter even more as Fitbit increases its offerings to employers. The device maker’s corporate wellness program lets companies buy Fitbits for their workers and monitor their health via a dashboard. For companies that are self-insured, encouraging employees to exercise more can help reduce the firm’s health bill.

That “I figured out how much was enough” point is an important one: it sets a ceiling even on active users.

How Google’s top minds decide what to forget » WSJ

Google has only been removing results from European domains such as Google.fr or Google.co.uk—but not Google.com, even when accessed in Europe. That can make it simple to find results that have been removed, leading regulators to issue an opinion saying Google’s position didn’t go far enough.

Regulators say their position holds and that Google should comply or face legally binding orders to do so.

“Their position will have to change,” said Isabelle Falque-Pierrotin, head of the CNIL, France’s data-protection regulator, as well as chairwoman of a pan-European advisory body that includes all EU privacy regulators.

Another confrontation looms. (Clever headline, too.)

The (original) headline here is misleading. Let’s see why in this Glyn Moody article:

As the news site yle.fi reports, the case concerned a Finnish man’s business “blunders,” which he claimed were harming him because they continued to turn up in Google’s search results. After Google refused a request to remove them, the man appealed to Finland’s Data Protection Ombudsman. The latter pointed out that “Finland’s business register lists the man as still being involved in business operations, including debt collection.” That presumably meant the links to stories about his past would still be relevant to people who were seeking information about the person in question now. As such, there was no reason for Google to be forced to delete those hits from its search results page.

Ah, so this is an appeal. Which means the “RTBF” (or RTBdelinked) does apply in Finland. As the article continues by explaining:

Finland’s Data Protection Ombudsman is currently dealing with around 30 other complaints about Google’s refusal to delete results. According to the article, “In Finland there have been close to 3,700 requests [to Google] to remove information from roughly 12,000 search results. Google has conformed to about 45%.” This is close to its average compliance rate of 40% across the EU, where Google has received 250,000 requests to remove information from more than 900,000 search engine results.

So in fact the RTBF is enacted *more* strongly in Finland than elsewhere in Europe, on average. After I pointed this out to Moody, he tweaked the headline to “Google wins privacy case, allowed this time not to forget in Finland”.

People get worked up over the RTBF, even though it rests on the same principle as that preventing US companies from grabbing data from Europeans and abusing it. They like the latter, but not the former; except they’re indivisible because of their origin.

Apple Watch vs Android Wear: Why most smartwatches still suck for women » iMore

When I first heard about Android Wear last year, I thought the folks behind the OS were doing a lot of things right. And I still do: the approach to notifications is smart, custom watch faces are neat, and Google Now — while creepy — works exceptionally well at providing smart information for your day.

There’s only one problem: There’s not a single Android Wear device designed to fit a small-wristed person.

If wearable technology is the next big thing for our tech-connected society, why is Apple the only company paying attention to the smaller-wristed set? Lady or dude, there are quite a few people on this earth whose arms don’t resemble the trunk of a Sequoia tree — many of whom would be excited to use a smartwatch. I was thrilled when Apple announced multiple sizes for the Apple Watch, and moreover that both were reasonably-sized for the wrist; sadly, I have yet to find an Android Wear device that will fit on my wrist without making it look like the technology equivalent of an iron shackle.

3 thoughts on “Start up: Apple Watch’s big security hole, iPhone rumours!, fight for your right to be forgotten, and more”