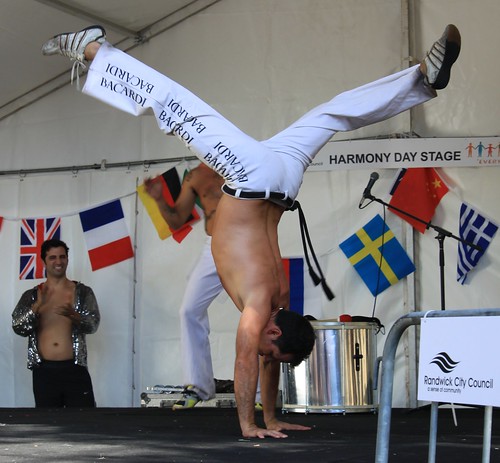 “Yeah, I think my Fitbit fell out of my trousers during this, so I bought another…” Photo by betta design on Flickr.

No, the Apple Watch does *not* cost $84 to make » Mobile Forward

Here are two examples. These firms looked at the (1) hardware and (2) manufacturing costs of the Apple Watch.

From my experience working with product and cost experts at a well-known mobile device company, I can tell you:  Apple Watch does not cost $84 in hardware and manufacturing. It costs meaningfully more. Probably more than 2X that. And I’ll tell you why. Maybe I’ll even give you my estimate.

(By the way congrats to the TechInsights crew for having a reasonable estimate, in my view.)

First, it’s not for the reasons you see in the comments on the articles that re-publish these estimates. In those articles, you’ll typically see well-intentioned commenters say that one needs to account for research and development, sales and marketing, corporate income taxes, etc. None of that is accurate.

(Ushev used to work at Motorola. He points out so many ways in which costs are higher that you begin to wonder how Apple makes such big gross margins.)

The debacle of Google Glass » Tech.pinions

the bottom line is most technology gets started and refined in what we call vertical markets well before they get perfected and priced low enough for consumers.
When Google introduced their Google Glass, this was the first thing that came to mind about this project. I wondered if Google even had a clue how tech adoption cycles develop. While it is true glasses had been used in vertical markets since 1998, even after all of this time, we saw no interest by consumers. Google’s decision to aim Glass at consumers first, yet price them as if they were going to vertical markets, stumped me. Even the folks who had spent decades making specialized glasses for use in manufacturing, government applications, and transportation were dumfounded by Google’s consumer focus with Google Glass, priced at $1500.
Apparently, Google found out the hard way how tech products get adopted…

…I was a Google Glass Explorer and the experience was horrible from the start. Google Glass now sits in my office museum of failed products. The UI was terrible, the connection unreliable, and the info it delivered had little use to me. It was the worst $1500 I have ever spent in my life. On the other hand, as a researcher, it was a great tool to help me understand what not to do when creating a product for the consumer.

Google’s go-to-market strategy with Glass always puzzled me. It obviously had, and has, applications in business (medical, etc). Yet as Bajarin says, the marketing suggested a consumer product. Result: failure.

LG Watch Urbane review: $350 buys you the nicest Android Wear watch yet, if that’s something you want » Android Police

For a lot of people, there’s probably going to be something at least remotely interesting about Wear.

For me, it’s managing emails and messages. Don’t want to read that work email while I’m in the middle of typing up an article or otherwise engaged? Quickly skim the subject on the watch, and dismiss or archive it. I’ve even started using the voice replies for SMS and Hangouts when I’m in my own home (frankly, it weirds me out voice messaging somebody on my watch in public for some reason???), because it’s less disruptive than pulling out my phone, unlocking it, opening the app, and typing out a reply. It’s also great for quick Google searches, turn-by-turn navigation (especially when you’re walking), music controls, and activity tracking.

Of course, our smartphones do most of this stuff, too, so I’m not about to claim there’s actually a compelling economic argument for smartwatches yet – there isn’t.

In places, Ruddock sounds bored beyond belief with the whole concept of a smartwatch. You’d certainly struggle to find any enthusiasm at all for it.

Thoughts on the Fitbit IPO filing » Beyond Devices

Jan Dawson digs into the numbers; he finds that the best model for usage is that on average, a Fitbit is used for about six months:

So, how important is this abandon rate information to our evaluation of Fitbit’s prospects going forward? Well, one could argue that at just 10 million sales per year, there’s tons of headroom, especially as Fitbit expands beyond the US (the source of around 75% of its revenues today). But in most consumer electronics categories, there’s a replacement rate for devices, which continues to drive sales over time even as penetration reaches saturation. The biggest worry in the data presented above is twofold: one, very few Fitbit buyers have yet bought a second device; and two, many don’t even use the first one they bought anymore. Once Fitbit maxes out its addressable market, it’s going to have a really tough time continuing to grow sales.

This may be a factor for all wearables, unless they can show some compelling reason to upgrade from the previous one.

Upon this wrist » Medium

Oh, they are so downtrodden now, those who asked about the thing, the thing on the wrist. I am the harbinger of technodoom. Knower of useless celestialisms. And I can see in their eyes that they want to hear some accolades. Some uplifting remark. Nothing gibbous. And so I say a single word: Exercise. Like I am selling plastics in 1930. Exercise, I say. And I smile. That is what it does best. But I have to caveat, slumping back into my chair, my posture as the worst salesman ever — Well, I mean, it’s good, or, rather, it has potential. But presently it is very dumb.

My colleague Joanna Stern already covered the merits of Samsung’s Galaxy S6 and S6 Edge, and sung the praises of their 16-megapixel rear cameras. So I was surprised to find that LG’s new flagship phone has an even better camera.

After putting the Galaxy S6 Edge, the iPhone 6 Plus and the LG G4 through a series of photo tests, I found that not only did the G4 keep up in most conditions, it took better low-light and night photos. LG says one reason is the f/1.8 aperture lens on the G4’s 16-megapixel camera. It lets in more light than any other smartphone on the market. This camera system also bumps up the exposure, so that these low-light settings come off brighter than comparative shots — and even brighter than what the naked eye sees.

It’s all about the camera; the review barely touches any other topic.

Allie Conti shows how the NYT exposé of treatment of workers in these salons got made. It’s impressive.

VICE: Did you ever just go from nail salon to nail salon, or was that too risky?
Sarah Maslin Nir: I started doing that toward the end, because it’s a very collusive industry. Everybody conspires. The experts I’ve spoken to say the owners teach each other the methods of how to exploit the workers and how to avoid prosecution. So I was afraid if I started going from salon to salon, an owner would catch me and tell all the others, and it would all get shut down. So only toward the end would I go to salons, and I’d actually go get a manicure and talk with the women, sometimes with a translator sitting next to me, and just have these quiet conversations.

One of the most interesting things about the story is I learned how to ask questions. At the beginning, I’d ask, “Where do you live?” And they’d say, “Oh, I live in a one-bedroom in Flushing, Queens.” And then I realized that when they live in a one-bedroom, they lived with six to eight other people. So my questions changed. I would say, “How many people do you live with?” and they’d say, “Oh, twelve.”

Amazing, detailed work about something that’s been sitting in front of people for ages.

Google is planning to give its mobile users more control over what information applications can access, people familiar with the matter said.
Google’s Android operating system is set to give users more detailed choices over what apps can access, according to the people, who asked not to be identified because the matter remains private. That could include photos, contacts or location. An announcement of the change, which would put Android closer in line with Apple’s iOS, is expected for Google’s developer’s conference in San Francisco this month, one of the people said.

Long overdue. Apple introduced it to iOS in September 2012. And it was actually included – against Google’s intent – in Android 4.3 in July 2013, though you had to download a separate app to enable it, but then removed three weeks later. Also, we know it will take years for any substantial proportion of people to get this if it’s included in Android ‘M’ (Marzipan?). Though there are some suggestions that this will only apply to Chrome, not across Android.