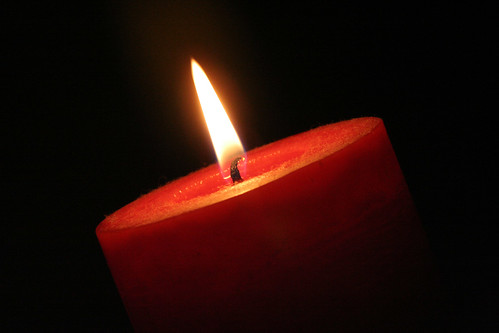 You could watch this instead of YouTube on your old Apple TV or smart TV. Photo by ~Prescott on Flickr.

A selection of 7 links for you. Al dente. I’m charlesarthur on Twitter. Observations and links welcome.

Marissa Mayer must have described Yahoo as a mobile-first business a dozen times or so on the earnings call this afternoon. However, as Yahoo has also been quantifying its mobile business lately, we have some hard numbers to evaluate this claim by, and they’re not all that good at backing up her repeated claim.

Graphs don’t lie. Get left behind monetising mobile, and you’re left behind.

I don’t usually have much time for Michael Wolff, but this seems on the money:

The other lesson that Google has clearly learned from Microsoft’s failures [to forestall antitrust action in the US and Europe] is that this is as much a PR battle as a legal one. Microsoft, wherever it went, was the nasty, unstoppable and lethal Goliath, gaining no sympathy in any quarter. Google, as nasty, unstoppable and lethal as Microsoft, understands the vast benefits of being, if only through the looking glass, the highest example of innovation and forward-thinking. Europe, and anyone who would get in its way, is the past, and Google — and you don’t want to miss this train — the obvious future.

Much of the world, including the world’s media, once happily aligned against evil-empire Microsoft.

Google’s bet now is that the world is a different place: the bias is actually for hegemonic tech companies instead of against them. Google is likely more dominant than Microsoft, both in the market and in the lives of its users, but that may well be to its benefit.

YouTube apps on older Apple TVs, smart televisions and iPhones may no longer work today after Google switched off an API that served many of these older devices. Products sold as recently as three years ago may no longer be able to stream from the world’s biggest video service.

The retirement of Google’s Data API v2 will leave some YouTube apps unable to show anything more than a warning message. Second-generation Apple TVs, iPhones and iPads running on iOS 6 or earlier, and many smart televisions, set-top boxes and Blu-ray players sold before 2013 will all be affected by the switch off.

Google has published a support page showing how different devices will be affected. Second-generation Apple TV owners are warned that “unfortunately, there’s no current way to watch YouTube on these devices”. Those still running iOS devices on iOS 6 or earlier are told they will either have to upgrade their OS (if possible) or watch YouTube video by going to the YouTube mobile site in the Safari browser.

Older smart TV or games console owners are advised that they too may be able to continue viewing YouTube through the device’s web browser, but only if that browser supports flash and/or HTML5.

Depending when you reckon smart TVs came along, this could hit between a third and half of those in place; TV sets get replaced about once every ten years. Having a YouTube app on a screen that doesn’t function to show you YouTube seems like a bit of a hassle.

So true. Comments nail it too.

The Gear Fit has a few downloadable extensions, based on a SDK also released a year ago. The fact extra apps can be created and maintained is a very important indicator of not only the market success of a given device, but also of the obsolescence of the device.

That SDK is not available any more from http://developer.samsung.com, as it is confirmed here. And it’s not a very recent change. Samsung then turned obsolete – because of software – a hardware they released less than a year ago. From a customer’s perspective (again, I bought that device), that’s pretty shocking.

The Samsung Gear Fit is still available everywhere here in France, from Orange stores to supermarkets. But it’s a dead duck without a SDK. Don’t buy it.

Lauren Goode did a fairly deep dive (but not underwater, it’s not waterproof – haha) into the use of the Watch. I found this part about GPS interesting, because I was unclear from Apple’s description back in March, and thought it did have GPS. Turns out it doesn’t – but read on:

Apple Watch doesn’t have GPS, so you have to carry your iPhone with you if you want to track your run with GPS. Even if you do run with your iPhone, neither the Workout app nor the Activity app show you maps of courses you have run.

That said, the Apple Watch automatically calibrates to your stride during your first few runs, so that even if you later run without your iPhone, you’ll get a close-to-accurate reading on distance. I found this to be true when I ran a couple of my regular neighborhood routes, and when I ran a 5K road race on an unfamiliar route, without my iPhone. Apple Watch recorded my 5K race as 3.05 miles, just .05 shy of the actual distance.

HTC is reportedly stepping into the IoV (Internet of Vehicles) market and has one of its in-car wireless devices, the Think+ Touch OBU 2015, certified by Taiwan’s National Communications Commission (NCC), according to industry sources.

Interesting move by HTC, though wonder how much retrofitting this would take (tyre pressure monitoring?). Also, please let “Internet of Vehicles” not be a thing.