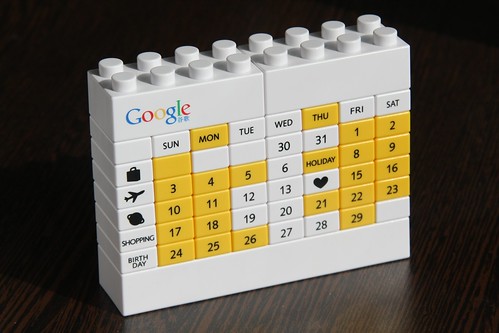 Shopping! Flights! Things that rivals offered which Google does now! Photograph by keso on Flickr.

A selection of 7 links for you. It’s a bit Google/Apple/Microsofty today. I’m charlesarthur on Twitter. Observations and links welcome.

The EU request for complainants to declassify some of their documents may be a sign that officials are preparing to escalate their four-year-long antitrust investigation, according to the people who asked not to be identified because details of the probe aren’t public.

“If the commission is contacting the parties to declassify stuff, it is a smoke sign that a statement of objections may be underway,” said Nicolas Petit, a law professor at the University of Liege. “As soon as a statement is out” the company “will request access to the file to see what’s in the commission’s hand.”

Margrethe Vestager, the new EC antitrust chief, seems more inclined to go for the aggressive Statement of Objections than her predecessor.

Inside the US antitrust probe of Google » WSJ

Typically crap US newspaper headline; the subhead, “Key FTC staff wanted to sue internet giant after finding ‘real harm to consumers and to innovation'” was used in its email alert, and a version of that would have made an arresting headline.

Anyhow, the WSJ got hold of a copy of the internal FTC staff report that was sent to the five commissioners in 2012; the staff wanted to sue for antitrust. (FTC staff I was speaking to in 2012 for my book were saying this – which I also mentioned in stories.) Then the FTC commissioners decided not to fight it.

This seems a key element from the story by Brody Mullins, Rolfe Winkler and Brent Kendall:

The staff report said Google’s conduct “helped it to maintain, preserve and enhance Google’s monopoly position in the markets for search and search advertising” in violation of the law. Google’s behavior “will have lasting negative effects on consumer welfare,” the report said.

Google has long disputed any characterization that it is a monopoly, saying that competition is “just a click away.”

In discussing one of the issues the FTC staff wanted to sue over, the report said the company illegally took content from rival websites such as Yelp, TripAdvisor Inc. and Amazon to improve its own websites. It cited one instance when Google copied Amazon’s sales rankings to rank its own items. It also copied Amazon’s reviews and ratings, the report found. A TripAdvisor spokesman declined to comment.

When competitors asked Google to stop taking their content, Google threatened to remove them from its search engine.

“It is clear that Google’s threat was intended to produce, and did produce, the desired effect,” the report said, “which was to coerce Yelp and TripAdvisor into backing down.”

Brings a new meaning to “just a click away”. I do hope the WSJ will publish the full document.

“Orac” (aka David Gorski) on an article by Nick Bilton for the New York Times that seems to have people very worked up, because it asks whether there might be any cancer risk from wearables.

This week, the NYT Style section has printed pseudoscience.

I’m referring to an article by Nick Bilton entitled The Health Concerns in Wearable Tech. It’s an article that’s so obviously designed to take advantage of the high level of media interest in the Apple Watch since Tim Cook announced it two weeks ago. I’d say it was click bait, except that, this being the Gray Lady and all, at least the editor resisted the temptation to slap too obvious a clickbait headline on it, but the article starts out in a way that makes its author’s intentions quite clear.

The only cancer risk from a wearable would be from some material leaching into your skin, but Bilton doesn’t seem to have looked at that – it’s just about “will phones give you cancer?”, 20 years on. The first time I wrote a story about that was 20 years ago. Since then phones emit less EMR, are usually held further away from the face, and we’ve had 20 years of extra data. Result: no link to cancer found. It looks as safe as a thing can be.

Oh, and the NYT public editor has responded on the same day saying “The column clearly needed much more vetting”. Er, yuh.

Yesterday Microsoft announced plans to allow pirated versions of Windows to upgrade to Windows 10 once the new operating system launches. Now the company has clarified some of its statements and the picture is a bit less rosy.

Yesterday’s good news may have been a bit too good to be true. Microsoft’s Terry Myerson announced that the upcoming free upgrade to Windows 10 would be available to pirates as well, in an effort to bolsters adoption numbers and “re-engage” the hundreds of millions of users that are running non-genuine software.

Microsoft hurried this “clarifying” statement out after Reuters correctly quoted what was said at a Microsoft press conference (which then spread ALL OVER THE INTERWEBS).

The problem is with Microsoft’s language. It’s chronically incapable of expressing an idea simply; this is multiplied 10-fold when it comes to anything about licensing. It confused people about what it meant on upgrades by not being clear (and it’s still being unclear about what happens a year after release). Now it’s trying to herd the cats of blogging back into line. Good luck with that.

We received many questions from Mi fans about an announcement made by Microsoft yesterday regarding Windows 10 Technical Preview for Mi 4 users in China. We’d like to clarify a few points.

– This is an experimental program led by Microsoft, working directly with the Mi fan community in China.

– Microsoft is working on a build of Windows 10 specifically for Mi 4 devices. This Windows 10 build will not be running on top of Android nor be available as a dual-boot option. A small number of Mi 4 power users from the Xiaomi Forum in China who choose to take part in this experimental program will have to manually re-flash their Mi 4 devices with this Windows 10 ROM, in the same way they would re-flash other Android ROMs.

Also, “Xiaomi continues to fully embrace the Android ecosystem”. This is a Microsoft initiative through and through.

Bryan Salesky, technical program manager for Google’s self-driving car program, told the Jan. 27 workshop that most of Google’s experts have been working on the technology for more than a decade. To think outsiders could develop enough expertise in a few months for their scrutiny to reach a “definitive conclusion” for state officials would be “naive,” he said.

“There’s this open question about the appropriate way to certify the safety of autonomous vehicles,” said Steven Shladover, a transportation expert at the University of California, Berkeley, who is advising the state’s DMV on the technology.

In September, the California DMV introduced rules for testing autonomous vehicles on public roads, and issued permits to companies including Google, Daimler AG’s Mercedes-Benz unit and Volkswagen AG’s Audi unit, which have started testing. But the agency is struggling to devise a way to assess the safety of the self-driving systems for full public use.

Should have thought the sensible move would be to look at what happens with certifying fly-by-wire aircraft and autopilots.

Tim Cook on Apple’s Future: everything can change except values » Fast Company

Long exclusive interview, with many bits worth picking out, but this one stood out for me:

Rick Tetzeli: You talked about the sense of limitlessness that Steve created. Part of that was the insistence on insane standards of excellence. He seemed to personally enforce that. Do you now play that same role, or is that kind of quality control more spread out?

Steve was almost viewed from the exterior as the micromanager checking to make sure that every i was dotted, and every t was crossed, that every circuit was correct, that every color was exactly right. And yes, he made a lot of decisions. His capacity was unbelievable. But he was just one person—and he knew that.

It was his selection of people that helped propel the culture. You hear these stories of him walking down a hallway and going crazy over something he sees, and yeah, those things happened. But extending that story to imagine that he did everything at Apple is selling him way short. What he did more than anything was build a culture and pick a great team, that would then pick another great team, that would then pick another team, and so on.

Definitely one to read and ponder. The culture of a company, and how it’s transmitted downwards and upwards, determines its arc.