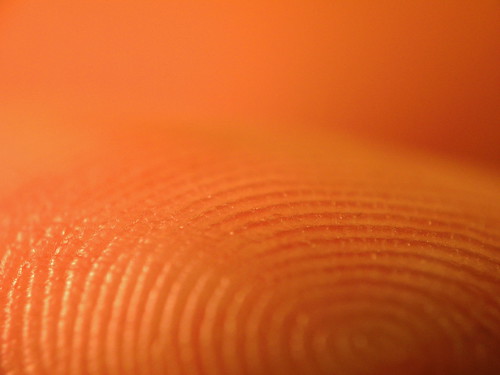 How best to read it? Photo by kevin dooley on Flickr.

A selection of 10 links for you. Free! Like beer! Except not liquid! I’m charlesarthur on Twitter. Observations and links welcome.

Google+ is a social graveyard. It’s reported to have more than 2 billion profiles, but fewer than 6 million active users. While Google isn’t yet admitting defeat, it will be carving out the most popular parts of Google+ into separate services—as sure a sign as any that the comprehensive approach to social media isn’t working out.

Bradley Horowitz, a seven-year veteran of Google products, including Google+, announced on the social network this morning that he will be heading up two new products, “Photos” and “Streams.” He didn’t mention Google+ by name, but at Mobile World Congress in Barcelona earlier today, Android head Sundar Pichai put Horowitz’s announcement in context:

For us, Google+ was always two things, a stream and a social layer. The stream has a passionate community of users, but the second goal was larger for us. We’re at a point where things like photos and communications are very important, we’re reorganizing around that. Hangouts will still exist.

Google’s list of failed social networks is amazing. Orkut; Buzz; and now this. It’s been quite the year for giving up: Glass and now this.

In case you needed yet another reason to change the default username and password on your wired or wireless Internet router: Phishers are sending out links that, when clicked, quietly alter the settings on vulnerable routers to harvest online banking credentials and other sensitive data from victims.

One should always read anything Lanchester writes:

This has been a joke or riff for so long – such and such ‘reads like it was written by a computer’ – that it’s difficult to get one’s head around the fact that computer-generated news has become a reality. A company called Automated Insights owns the software which wrote that AP story. Automated Insights specialises in generating automatic reports on company earnings: it takes the raw data and turns them into a news piece. The prose is not Updikean, but it’s better than E.L. James, and it gets the job done, since that job is very narrowly defined: to tell readers what Apple’s results are. The thing is, though, that quite a few traditionally white-collar jobs are in essence just as mechanical and formulaic as writing a news story about a company earnings report. We are used to the thought that the kind of work done by assembly-line workers in a factory will be automated. We’re less used to the thought that the kinds of work done by clerks, or lawyers, or financial analysts, or journalists, or librarians, can be automated.

Fascinating insight into what’s going on inside Android phones. And all enabled through an antivirus app.

What happens when you’re trying to estimate the size of a market for a completely new product?

The same problem [of estimating the potential size of the market] applied to mobile phones. [In their early days] You could do a bottom-up analysis that counted business travellers, taxi-drivers, fleet dispatch and so on, and get to maybe 10-15% of the population. Lots of people did that in the 1990s. They were all wrong. For phones, as for PCs, you had to make an imaginative leap into the unknown. You had to say ‘I believe’ that this experience will be transformative, and everyone on earth who has the money will get one. Moore’s Law takes care of ‘having the money’ meaning 4-5bn people, but it’s the imagination that gets you to teenage girls living in text messages. You could predict that phones might get really cheap, but not what that might mean.

In that light it’s worth comparing these two mobile phone ads from the early days of the industry in the UK. The first, perfectly rationally,  starts from the mentality ‘how many people will need this?’ This is the ’10-15%’ argument. The second, from Orange, assumes that everyone will want one and it’s our job to get it to them, because we’re changing the world. Phones don’t have specific use cases – they’re a universal product. Hence, the CEO at the time, Hans Snook, went around saying that the UK would go to 150% penetration and most people thought he was mad (note that the Cellnet ad was made two years later).

The ads are priceless.

gotofail and a defence of purists » Lockstep

Remember the “gotofail” bug in Apple’s iOS 7? Stephen Wilson wrote this at the time, considering his history writing software for implantable defibrillators:

I want to suggest that all software is tragically fragile. It takes just one line of silly code to bring security to its knees. The sheer non-linearity of software – the ability for one line of software anywhere in a hundred million lines to have unbounded impact on the rest of the system – is what separates development from conventional engineering practice. Software doesn’t obey the laws of physics. No non-trivial software can ever be fully tested, and we have gone too far for the software we live with to be comprehensively proof read. We have yet to build the sorts of software tools and best practice and habits that would merit the title “engineering”.

I’d like to close with a philosophical musing that might have appealed to my old mentors at Telectronics. Post-modernists today can rejoice that the real world has come to pivot precariously on pure text. It is weird and wonderful that technicians are arguing about the layout of source code – as if they are poetry critics.

We have come to depend daily on great obscure texts, drafted not by people we can truthfully call “engineers” but by a largely anarchic community we would be better off calling playwrights.

Qualcomm said that its sensor works by using sound waves to penetrate the outer layers of the user’s finger.

The information gathered is then used to create a surface map of the person’s skin including the ridges of their fingerprints and sweat pores.

By contrast, Apple and others use capacitive sensors – which make use of the human body’s electrical properties – to take high-resolution scans of sub-epidermal skin below the outer layer of a user’s finger.

Qualcomm suggests its method is superior because it scans through both contaminants and smartphone covers.

One security expert agreed there were merits to the approach.

“The Qualcomm offering is a good idea, as it appears to deal with some of the issues around ‘lifting’ of prints from other surfaces,” said Ken Munro from Pen Test Partners.

Eric Jackson, in a long and deep dive into Yahoo’s numbers:

Yahoo’s actual EBITDA which it’s getting from search and advertising related to their core properties is actually far below this estimated $1.1 billion. Over the years – and this started before Mayer arrived on the scene but has accelerated under her watch in the last 2 years especially – Yahoo has struck deals with partners to help get temporary high-margin revenue which it has been including in its adjusted EBITDA numbers even these are coming from effectively one-time or at least temporary gains.

Most people, when judging the health of a business and its future profitability potential, try to strip out any temporary gains or revenue streams which are not going to around for the long-haul.  Then, they can really see how profitable the core business is and judge it on those merits.

In the case of Yahoo, over the years, it has struck a number of IP-related sales with Alibaba and Yahoo Japan which it has been recognizing as high margin adjusted EBITDA over time to supplement the EBITDA it’s getting from its core business. If you actually removed these gains away from that adjusted EBITDA, the profitability of the core business is far less. And if you took out the stock-based compensation expenses on top of that, there’s virtually no EBITDA left.

Hal Berenson is giving up and going back to Windows Phone:

Android just never worked for me. Want me to say something good about it?  It has the apps. If they actually work on your device. I admit I’m sorry I went for the LG G3 over a Samsung Galaxy S5 for three reasons. One is that the S5 has fewer app compatibility issues owing to its popularity (aka, the G3 suffers from Android’s fragmentation problem). Another is that the G3 has been unreliable, requiring pulling the battery about every other week to deal with a system hang. But mostly because if used with a non-LG charger the G3 will beep every minute once it is 100% charged.  This is not good for sleep. There is no reliable way to eliminate this beeping, except perhaps by rooting the device. That is BS.

My biggest issue with Android itself is how poorly it supports the Microsoft ecosystems, both the business (i.e., Exchange) and consumer (i.e., outlook.com) based ecosystems.

Berenson used to work at Microsoft; now he’s at Amazon.

The most hated design trend is back » FastCo.Design

John Brownlee on how smartwatches are trying to be “watch-y”, with good reason:

this new wave of skeuomorphism isn’t just limited to their digital interfaces. The industrial design of smartwatches themselves are inherently skeuomorphic. After all, a smartwatch is a computer that you wear on your wrist. It aspires to be the same kind of connected portal of information that your smartphone, your TV, and your laptop are. It can be any shape, any size, but the reason it looks like a watch is simply for the sake of familiarity: to ease you into something new. This goes double for the Apple Watch and its primary interactive element, the digital crown, which repurposes the age-old watch component as a new way to zoom in and out of digital interfaces.

You don’t check your pulse, or remotely control your phone camera, or control Netflix, or pay for a cup of coffee with a traditional watch, but you will do all those things with the Apple Watch. Just like the iPhone was a sci-fi device come to life, the Apple Watch is a Dick Tracy communicator, and its very existence raises all sorts of questions: What is this thing? What’s it for? How are we supposed to interact with it?