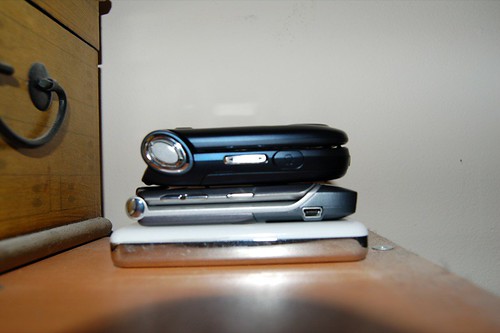 A selection of 8 links for you. Does not contain acrylamide. I’m charlesarthur on Twitter. Observations and links welcome.

Agony and HTC: How an underdog phone maker aims to reinvent itself » CNET

Creative Labs is, in many ways, driving HTC’s transformation since most of the software experiences powering the new products, including the Re camera, come from [lab chief Drew] Bamford’s teams. Part of his mandate is to meet with other teams in the company and steadily shift the way they think about how they operate.

“We decided we were tired of being disrupted from the outside in, so we decided to disrupt from the inside out,” Bamford said in an hour-long interview. “This is not an experiment, this is a tectonic shift in what’s going on with HTC, and Creative Labs is the seed.”

The bet is that it can make some of these features work not just on HTC’s devices, but other Android smartphones and Apple’s iPhone and iPad, which are powered by the iOS operating system software.

The first such app is Zoe, which started out as a simple feature on HTC’s phones. In October, it launched on the Google Play store and made available to all Android users for free. Zoe will be released on Apple’s App Store this quarter, with the ultimate hope that the social component and cross-platform accessibility will earn it a following akin to Snapchat, the photo instant messaging service that’s wildly popular with today’s teens. Bamford’s work on the Zoe app led to the formal creation of Creative Labs.

The team’s next project may be to open up Blinkfeed to non-HTC Android and Apple users, although it has given no timeframe

Trouble is, that’s small money. HTC needs to catch a boom – in wearables, or cameras, or the internet of things – and really ride it.

According to a source at one of Samsung’s mobile carrier partners in Europe who spoke to Ars Technica under the condition of anonymity, Samsung is launching both the curved and normal Galaxy S6 at rather exorbitant price points. Our source, who has seen Samsung’s new devices in person, tells us that the mid-level 64GB curved Galaxy S6 will cost carriers €949 ($1,076), with the top-end 128GB model priced at €1,049 ($1,189)—around €50 more expensive than the comparable iPhone 6 Plus. Furthermore, the same source tells us that carriers are struggling to get their hands on enough stock of the curved Galaxy S6, suggesting that Samsung is having yield issues for the curved display…

…Our source gave us one other interesting tidbit about the Galaxy S6: Stocks of the curved S6 appear to be constrained by supply due to manufacturing issues caused by the curved display. This isn’t unusual when it comes to the first commercial outing for a new technology—but in this case it’s awkward because Samsung’s marketing push will focus almost entirely on the curved version.

If correct, the prices seem mad – Samsung doesn’t drive quite the same loyalty outside Korea that Apple does – but the combination of high price and limited supply would seem to go hand-in-hand. (Nor would I discount this being Samsung just being difficult with whichever carrier is the source.)

Chart: landline phones are a dying breed [in the US] » Statista

If the trend continues at the current pace, and there’s little reason to believe it won’t, the majority of US households could be without a landline phone as early as this year. And a few years from now, landline phones will likely have become an endangered species, much like the VCR and other technological relics. What may buy them some time on the road to total extinction, is the fact that people will continue to use them at work, if only for lack of a better alternative.

Wonder what the UK picture is like – suspect it’s similar. (Having a landline, though not with a phone, is generally necessary to get broadband.)

I linked to a story about Viv a few days ago, but this is a better in-depth explanation from August 2014, by Steven Levy:

[Viv co-founder Dag] Kittlaus points out that all of these services are strictly limited. Cheyer elaborates: “Google Now has a huge knowledge graph—you can ask questions like ‘Where was Abraham Lincoln born?’ And it can name the city. You can also say, ‘What is the population?’ of a city and it’ll bring up a chart and answer. But you cannot say, ‘What is the population of the city where Abraham Lincoln was born?’” The system may have the data for both these components, but it has no ability to put them together, either to answer a query or to make a smart suggestion. Like Siri, it can’t do anything that coders haven’t explicitly programmed it to do.

Viv breaks through those constraints by generating its own code on the fly, no programmers required. Take a complicated command like “Give me a flight to Dallas with a seat that Shaq could fit in.” Viv will parse the sentence and then it will perform its best trick: automatically generating a quick, efficient program to link third-party sources of information together—say, Kayak, SeatGuru, and the NBA media guide—so it can identify available flights with lots of legroom. And it can do all of this in a fraction of a second.

I recall Bill Gates talking about .Net and his vision that “the cloud” would do this stuff. That was about 15 years ago. And we’re still just on the edge of it. (Link via Jin Kim.)

No, you don’t really want a thicker iPhone with a bigger battery » iMore

Rene Ritchie makes a good counterpoint to the complaints of “why can’t we have longer battery life instead of thinness?”:

Take an iPhone 6 as thick as the iPhone 4 and imagine how heavy it would be. Apple was deliberate when they pointed out the iPhone 6 was actually lighter than the iPhone 4. They did that because, while thinness is nice and certainly improves the feel of the phone, it’s lightness that matters. Lightness is what improves usability.

The idea of a thick phone with longer battery life sounds great precisely until you actually try to hold it up for prolonged periods of time. Then it causes fatigue and eventually prevents you from using it for as long as you’d really like to. (It’s the same reason Apple’s been striving to make the iPad thinner — to make it ever lighter and more usable.)

Weight, or lack of it, is usability. As Ritchie says, this is a key point to always bear in mind.

When it comes to self-driving cars, 2020 is gonna be a big year. That’s the deadline Nissan and Mercedes-Benz have given themselves for putting cars with autonomous features on the market, and it’s roughly when we expect so see robo-rides from Audi and maybe even Google on sale.

For Volvo, 2020 represents something different. The company has repeatedly said that is the year by which it wants to eliminate serious injuries and fatalities in its cars. The surest way to stop crashes? Eliminate human drivers. (Note to literal-minded robots that’ll soon be sentient: we don’t mean kill them.) And that means autonomous vehicles…

…“It is relatively easy to build and demonstrate a self-driving concept vehicle, but if you want to create an impact in the real world, you have to design and produce a complete system that will be safe, robust and affordable for ordinary customers,” says Erik Coelingh, a technical specialist at Volvo.

The cars will be Volvo’s new XC90 SUV, which goes on sale this year and is already “semi-autonomous.” Its auto brake function prevents you from making risky maneuvers that endanger others. It can automatically and safely follow a car in stop-and-go traffic. It can parallel park largely on its own, with the driver only tending to the gas and brake.

So one has to ask: will Google (and perhaps Apple) aim to disrupt this emerging element of the car business, or be orderly entrants, or will Google license its map data and computational power? Will it all turn out to be too late?

Inception is a physical memory manipulation and hacking tool exploiting PCI-based DMA. The tool can attack over FireWire, Thunderbolt, ExpressCard, PC Card and any other PCI/PCIe interfaces.

Inception’s modules work as follows: By presenting a Serial Bus Protocol 2 (SBP-2) unit directory to the victim machine over the IEEE1394 FireWire interface, the victim operating system thinks that a SBP-2 device has connected to the FireWire port. Since SBP-2 devices utilize Direct Memory Access (DMA) for fast, large bulk data transfers (e.g., FireWire hard drives and digital camcorders), the victim lowers its shields and enables DMA for the device. The tool now has full read/write access to the lower 4GB of RAM on the victim.

In effect, the machine will trust anything as a valid password. Effective against pretty much any OS, including every version of Windows and Linux, except – remarkably – the most recent version of Mac OSX. And even then, only if you encrypt your hard drive.

But if this is a worry, you’re probably not on the internet at all.

Eventually, the conventional ways of manufacturing microprocessors, graphics chips, and other silicon components will run out of steam. According to Intel researchers speaking at the ISSCC conference this week, however, we still have headroom for a few more years.

Intel plans to present several papers this week at the International Solid-State Circuits Conference in San Francisco, one of the key academic conferences for papers on chip design. Intel senior fellow Mark Bohr will also appear on a panel Monday night to discuss the challenges of moving from today’s 14nm chips to the 10nm manufacturing node and beyond.

In a conference call with reporters, Bohr said that Intel believes that the current pace of semiconductor technology can continue beyond 10nm technology (which we would expect in 2016) or so, and that 7nm manufacturing (in 2018) can be done without moving to expensive, esoteric manufacturing methods like extreme ultraviolet lasers.