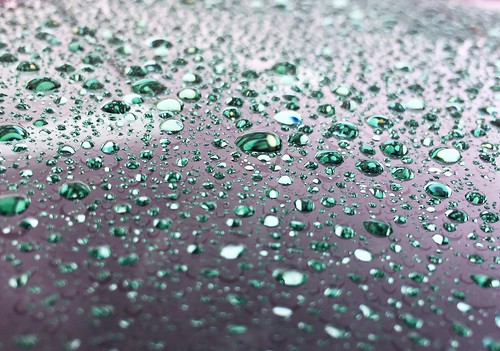 A selection of 6 afternoon links for you. Enjoy to the full extent of the law. I’m charlesarthur on Twitter. Observations and links welcome.

How much time would you take to smile back at the Mona Lisa? Today, sophisticated Bluetooth signal tracking allows us to map how visitors move through a museum like the Louvre in Paris – what galleries they visit, what path they take, and how long they spend in front of each piece of artwork. Join us for a look inside one of the world’s largest museums… to see the people in front of the paintings.

Surprisingly, people who stay for long or short times don’t vary that much in where they go. They just go at different paces.

(Jump forward to about 5 minutes in.)

The issues with the KAIST Unmanned Systems Research Group’s car were numerous, but the biggest problems had less to do with the slippery road surface and more to do with the visual systems. Those cameras and LIDAR arrays are dependent on a clear view, and with the angle of the car shifting and the direction of the sun, the sensors fail to pick up everything from street signs to lane markings and even pedestrians. And it just keeps getting worse.3

The team has to hit the emergency stop button at least twice, veers onto the side of the road, doesn’t see a curb and almost slams into a light pole, and then smacks into a barrier when parking.

An incredible 56.1% of ads on the internet are not seen by humans, according to new research released today by Google.

“With the advancement of new technologies we now know that many display ads that are served never actually have the opportunity to be seen by a user,” said Google group product manager Sanaz Ahari in a blog post.

Those ads appear outside the viewable area of a browser window. Once you factor in bots, even fewer ads are seen by the people advertisers are paying to reach.

Mining difficulty determines how difficult it is to hash a new block and varies based on the amount of computing power used by miners on the bitcoin network. Bitcoin’s growing popularity has attracted more computing power to the network, meaning that the difficulty has been steadily increasing for some time.

However, stagnant pricing has caused a reduction in the hash rate over the past few weeks, resulting in the slight difficulty decrease. The estimated next difficulty level is 39,884,219,890, or -0.31%.

The sheer size of the bitcoin network ensures resilience and stability, but the hash rate has been stagnant for weeks and started declining in the first days of December.

This actually makes me think that bitcoin might have a chance as a medium of exchange. Once its price is stable for long enough, it becomes unattractive to speculators – but ideal for people looking to transfer value.

Our SSD Endurance Experiment has left four casualties in its wake so far. Representatives from the Corsair Neutron Series GTX, Intel 335 Series, Kingston HyperX 3K, and Samsung 840 Series all perished to satisfy our curiosity. Each one absorbed far more damage than its official endurance specification promised—and far more than the vast majority of users are likely to inflict.

The last victim fell at 1.2PB, which is barely a speck in the rear-view mirror for our remaining subjects. The 840 Pro and a second HyperX 3K have now reached two freaking petabytes of writes. To put that figure into perspective, the SSDs in my main desktop have logged less than two terabytes of writes over the past couple years. At this rate, it’ll take me a thousand years to reach that total.