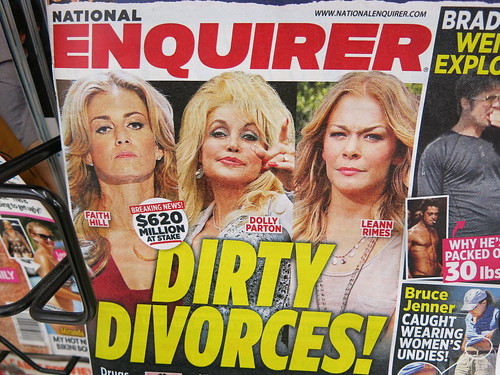 A selection of 6 morning links for you. Use them wisely. I’m charlesarthur on Twitter. Observations and links welcome.

Local [Korean] smartphone makers are nervous at the prospect of a delay in the launch of new models next year, including the Galaxy S6 and the G4. It is unclear whether or not the supply of the Snapdragon 810 will exist in the first half of next year due to technical problems such as overheating and a decline in speed.

Samsung is likely to solve the problem by featuring its own Exynos chips in the Galaxy S6, but LG seems to be in trouble. Even though the company has its first AP, NUCLUN, it is not better than entry-level APs. If Qualcomm cannot supply the Snapdragon 810, it won’t be easy for LG to find an alternative for the G4.

“Qualcomm is faced with hard-to-solve problems. The Snapdragon 810 overheats when it reaches a specific voltage. It also slows down owing to problems with the RAM controller connected to the AP. In addition, there is an error in the driver of the Adreno 430 GPU,” said an industry source on 2 December.

The source added that for these reasons, it is unclear if the Snapdragon 810 will be used in premium smartphones like the Galaxy S6, the G4, and the Xperia Z4 scheduled to be released in the first half of next year.

The cyber-attack targeting Sony Pictures uncovered a few more confidential details on Wednesday in what’s quickly evolved into a publicity nightmare for the company.

Seth Rogen was reportedly paid $8.4m for “The Interview,” according to new data obtained by Bloomberg, while his co-star James Franco earned $6.5m for the comedy.

“The Interview,” about two journalists tasked with assassinating North Korea dictator Kim Jong-un, is at the centre of a recent hack attack at Sony. Several new films leaked online as a result of the computer breach in addition to personal data and salary information about the Sony Pictures’ top executives.

This hack is producing some remarkable information.

While still tiny, it’s enough to push Yahoo ahead of current number three player Twitter, which will have 3.69% market share next year and 3.8% in 2016. Google and Facebook remain the biggest U.S. mobile-ad companies, with 35% and 17% shares next year respectively.

Having an affair in Italy? You may want to avoid using WhatsApp >> GlobalPost

In Pietro Germi’s Oscar-winning 1961 comedy of that name, the unfaithful protagonist, unable to divorce his smothering wife, plots to kill her. If it had been set in 2014, he could have just let her stumble upon his WhatsApp account.

The instant messaging service acquired by Facebook this year for $19bn is cited in nearly half of all Italian divorce proceedings — more than any other source of information, whether amorous text messages or emails, late-night phone calls, handwritten notes, or even lipstick-stained collars — according to the Italian Association of Matrimonial Lawyers.

That’s remarkable. Italy used to be one of the most backward countries in terms of its internet connectivity.

Virtual reality is going to change everything >> Business Insider

As you move your head around, you can see other concert-goers — real people — cheering, and as you turn back towards the stage, you can see the pyrotechnics go off right as Paul McCartney hits the chorus to “Live And Let Die.”

I took the Rift off my head, and I was back inside Business Insider’s conference room.

Virtual reality is going to be huge. Monumental. It’s going to change the way we live. Facebook and Samsung have already made significant investments, and Apple was recently caught looking to hire an app engineer “to create high performance apps that integrate with virtual reality systems.” And then there’s Magic Leap, the mysterious $542 million startup that’s built an augmented reality device “so badass you can’t believe it.”

The future of virtual reality is incredibly exciting. But right now, the main focus is games. And here’s why.

I tried virtual reality at a UK company called Virtuality in 1991-2; it was OK, but limited by the computing power of the time, and especially eyescreen resolution. In all seriousness, I think Smith is completely right: once this stuff gets cheaper (and it will) and pervasive (and it will), we’ll use it all the time.

After all, there was a time when nobody but a few crazies thought you could fit a supercomputer in your pocket. VR is the logical next step for all that surplus computing power.

Jon Bell and William Van Hecke take an enormously deep dive into the tradeoffs and triumphs of the native mapping apps on iOS and Android. There’s no simple extract, but this is a good point (you’d have to read the piece to understand its context):

The en route lock screen, while I do struggle with it sometimes, is a great example of the limitations of design. #2 might be the best overall option, but shipping it has nothing to do with pixels. It’s all about relationships, and politics, and legal teams, and so forth. This is why it’s important to have design courage at an organizational level. Otherwise you can only get so far with your designs before the best ideas are overruled by legal, executives, and your partners. Effective designers have effective relationships.