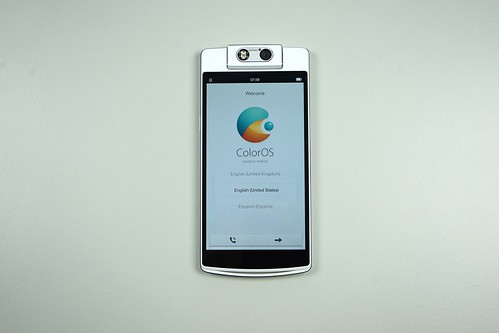 Heard of the Oppo N3? Millions of people in China have. But research companies disagree over how many million. Photo by TechStage on Flickr.

A selection of 10 links for you. Low in sugar and salt. I’m charlesarthur on Twitter. Observations and links welcome.

• The slowdown can be attributed to higher sell-in during 4Q 2015 and weaker demand in markets such as Brazil, China, Indonesia and parts of Europe.

• This is the first time ever since the launch of smartphone, the segment has seen 0% growth, signaling the key global scale players need to invigorate sales with more exciting products and pricing schemes.

Clearly, something’s wrong here. Given that research companies have to rely, to some extent, on what companies tell them, is there room for Oppo to .. nudge its figures along?
link to this extract

»In late 2015, the [Venezuela] central bank more than tripled its original order, offering tenders for some 10.2 billion bank notes, according to industry sources.

But currency companies were worried. According to company documents, De La Rue began experiencing delays in payment as early as June. Similarly, the bank was slow to pay Giesecke & Devrient and Oberthur Fiduciaire. So when the tender was offered, the government only received about 3.3 billion in bids, bank documents show.

“Initially, your eyes grow as big as dish plates,” said one person familiar with matter. “An order big enough to fill your factory for a year, but do you want to completely expose yourself to a country as risky as Venezuela?”

Further complicating matters is the sheer amount of bills needed for basic transactions. Venezuela’s largest bill, the 100-bolivar note, today barely pays for a loose cigarette at a street kiosk.

Did even Zimbabwe ever have this problem?
link to this extract

Mark Bergen and Ina Fried on the hiring of Rick Osterloh, formerly president of Motorola (acquired by and then dumped by Google):

»For years, Google has struggled to get sure footing on its various hardware initiatives — moving delicately to handle partners and, at times, deliver products that consumers actually use. When one of its hardware chiefs, Regina Dugan, who ran its Advanced Technology and Project group, departed for Facebook, we reported that Google was plotting a hardware shake-up.

Lots of things here. Osterloh will be in charge of Nexus (phones), Chromecast, consumer hardware (laptops), OnHub (router), ATAP (Project Ara) and – wait for it – Google Glass, which Tony Fadell at Nest had been an adviser to. (He remains an adviser.)

So here’s the setup now. Fadell isn’t going to drive Glass any more; and Nest is consumer hardware, just outside the main Google division. Won’t it get folded into Osterloh’s division now? Which leaves Fadell usurped.

Give it 18 months and see if Fadell’s still there.
link to this extract

»If you’re the kind of person whose job, or, worse, interests lead you to read a lot of very similar (but actually earnest) essays on Medium about the future of technology, media, tech media, media tech, disruption, or innovation, the Esquire post was a funny bit of satire. The Esquire piece included “thinkfluencer” gibberish like:

The Innovation Party will be phablet-first, and communicate only via push notifications to smartphones. The only deals it cuts will be with Apple and Google, not with special interests. We will integrate natively with iOS and Android, and spread the message using emojis and GIFs, rather than the earth-killing longform print mailers of yesteryear.

The byline on the piece was “Prof. Jeff Jarvis.” Here’s where it got tricky: “Prof. Jeff Jarvis” isn’t former Entertainment Weekly editor and well-known future-of-media pontificator Jeff Jarvis. Rather, it’s a character developed in a parody Twitter account run by Bradbury. Well-known in certain media circles, @ProfJeffJarvis initially satirized the thoughts of Jarvis himself before growing into a more general and very funny riff on the pie-in-the-sky gambits of new media.

I do feel sympathetic to (the real) Jarvis: this would be infuriating. Feldman (and Jarvis) makes the point that people don’t get context; most wouldn’t realise that it wasn’t the real Jarvis.

I feel Bradbury could easily tweak the name of his character, and keep tweaking it – ProfJaffJervis, ProfJoeJervis, ProfJayJorving, and so on, until it’s some distance from where it started. That would give everyone a clean way out.
link to this extract

»[The highly popular Facebook video page run by] Vlechten met Daan insists it has the rights to all its content. But that’s not always the case. Funny Videos, Uber Humor and Funk You Entertainment have been singled out by content owners, speaking on the condition of anonymity to Digiday, as Facebook “freebooters.” (None of the channels responded to requests for comment.)

“It’s fraud and it’s hard to tell how big of a problem it is. Some of these pages are not pages you normally see on Facebook — and there are a lot of them out there,” said one publishing executive. “We’ve even seen stuff pop up on our friends and family’s news feeds without our name on it, and then they’ll share it with us and say, ‘Hey, this would be great for you.’”

With no steady ad system in place on Facebook, publishers have been willing to give the platform some slack as it tries to weed out the freebooters. But now that Facebook has loosened its grip on branded content, the issue becomes more immediate.

Rather than “certainly can’t” in that last sentence, probably better to substitute “shouldn’t but probably will until forcibly stopped”.

Oh, and these “freebooters” are the aggregators against whom the big media companies seeking to monetise their video are going to be fighting.
link to this extract

Play the ‘woman card’ and reap these ‘rewards’! » The Washington Post

»“Frankly, if Hillary Clinton were a man, I don’t think she’d get 5 percent of the vote. The only thing she’s got going is the woman’s card,” Trump said Tuesday night, after winning 5 primaries.

I have been carrying one of these for years, proudly.

It is great. It entitles you to a sizable discount on your earnings everywhere you go (average 21%, but can be anywhere from 9% to 37%, depending on what study you’re reading and what edition of the Woman Card you have.) If you shop with the Woman Card at the grocery, you will get to pay 11% more for all the same products as men, but now they are pink.

Hook up the Woman Card to your TV and you will get a barrage of commercials telling you that you did something wrong with your face and must buy ointment immediately so as not to become a Hideous Crone. Also, you are now expected to spend your whole life removing hair from your body, except for the areas of your body where your hair must be long and luxurious. (Do not get these two areas confused!)

AdMop vs Springer — our story » Medium

Vikram Kriplaney and Sebastian Vieira built a free, then paid-for adblocker for iOS 9:

»Axel Springer says that users are not free to see editorial content without ads, and we are violating their copyright because we replace the ads with something else. Despite the fact that bild.de shows a landing page which forces the user to buy a subscription or deactivate the ad blocker.

Their real foe is Eyeo GmbH, which has already won six cases. They are not without controversy, since they sell whitelisting. By defeating us and other indie developers, Axel Springer is building a case for the final ruling against Eyeo GmbH.

Axel springer went as far as going against a youtuber because he gave instructions to how to disable bild.de’s anti-ad-blocking technology

It seems that if you do something that Axel Springer does not like, you are doing something illegal.

Why not a headline with something like DRAMA OVER TERROR SHOOTERS? Read on:

»Three people connected to one of the San Bernardino shooters, Syed Rizwan Farook, have been arrested in a marriage fraud conspiracy, including his brother and sister-in-law, federal prosecutors said Thursday.

The third person arrested is the wife of Enrique Marquez Jr., a friend of Farook’s who has been charged for his alleged role in aiding the violence, the U.S. Attorney’s Office said. The two women arrested are Russian immigrants.

Prosecutors say the three participated in a marriage fraud conspiracy that involved lying under oath to obtain immigration benefits.

Oh, screw it. The San Bernadino killers weren’t terrorists acting with Isis; they were just a couple of idiots acting alone.
link to this extract

What voice commands & queries do people use Google Now for on Android Wear smartwatches ? » London SEO

»To use Google Now on a smartwatch you say “OK Google”… and then your watch is listening. Wow! Now that is really creepy! You can use your voice with Android smartwatches to do things like search Google for information, get travel directions, and to create personal reminders. For example, you can say “Ok Google where’s the nearest grocery store?” to find grocery stores near you . There are commands and queries unique to Google Now on Android Wear smartwatches e.g. “what’s my heart rate?” (which also may be a normal search query)…

…Based on the phrases (including those below) in my research Google Keyword Planner reported that around 67% were from mobile devices with full browsers – this may be distorted by the inclusion of the phrase “OK google” for comparison.

The numbers seem pretty low – though there are fewer than 4m Android Wear devices in use, by my own calculations.
link to this extract

»In its complaint [to the European Commission’s competition commissioner Margrethe Vestager], Getty argues that Google abused its dominance of image searches to change “drastically” the way that it presented Getty’s photographs after January 2013, by displaying them in a high resolution and large format. Before that date, they had only been shown in image searches as low-resolution thumbnails.

Yoko Miyashita, Getty’s general counsel, argued that this new display diverted customers away from her company’s website, where customers would pay for them, and deterred customers from ever leaving Google’s platforms.

Getty said that it raised its concerns with Google three years ago but Google had replied that Getty should either accept its new presentation of images or opt out of image search, in effect becoming invisible on the web.

Ms Miyashita said this was not a “viable choice” given the importance of Google to navigating the internet.

Getty added that Google was threatening the livelihoods of 200,000 contributors who relied on the company’s business model to make a living. “By standing in the way of a fair market place for images, Google is threatening innovation and jeopardising artists’ ability to fund the creation of important future works,” Ms Miyashita said.

Getty said its web traffic collapsed immediately in 2013 after the changes implemented by google.com and google.co.uk. However, traffic remained robust on the French and German Google sites, which did not implement the display changes in January 2013.

Watermarking might work; quite how Google can avoid complaints about copyright is puzzling. And who knew that there were 200,000 contributors to Getty?
link to this extract