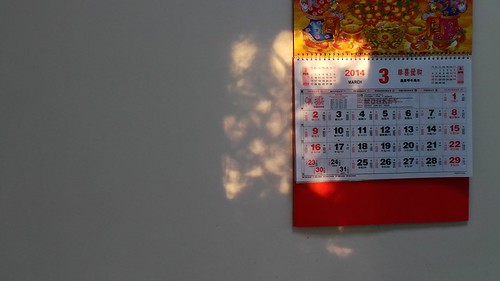 A selection of 9 links for you. Really, they are. I’m charlesarthur on Twitter. Observations and links welcome.

The Roomba for lawns is really pissing off astronomers » WIRED

Davey Alba on how the automated method of mowing lawns (using beacons to guide the mowers) could be a hassle for the star-struck:

the system requires special permission from the FCC due to its restrictions on fixed outdoor infrastructure. In a nutshell, the FCC doesn’t want people creating ad hoc networks of transmitters, which could interfere with existing authorized services like cellular and GPS systems. In its filings, iRobot says it should be exempt because it doesn’t set out to establish a broad communications network — its lawnbot networks would be tightly contained.
Astronomers say that’s not good enough. The frequency band proposed for the lawnbot (6240-6740 MHz) is the very same one several enormous radio telescopes operate on. Astronomers want the FCC to protect their share of the radio spectrum so their telescopes continue observing methanol, which abounds in regions where celestial bodies are forming.

Vlad Savov on the comparative battery life of MacBooks using the Chrome browser, and Apple’s Safari:

It’s not just the distance you can go with Chrome that’s an issue. The speed and quality of the ride are also compromised. The widely used SunSpider browser benchmark clocks the MacBook Pro in at 203ms when using Chrome. Safari scores 30% better with a time of 144ms. Same machine, very different outcomes. You’d think YouTube would be a spot where Google collects an easy win, but that’s been another cause of distress: the new 4K 60fps videos that YouTube now supports are playable on the MacBook, but only — you guessed it — when using Safari and not Chrome. Google’s own browser chokes while playing back video from Google’s own video service.

Chrome’s problem is that it sets every page up as a virtual machine, demanding its own chunk of memory. Safari.. does it differently. The difference in battery life, though, is huge. Commenters weighing in seem to agree (while also liking the convenience of Chrome).

Carl Howe used to analyse this sort of stuff for a living. Here he helps you think of the supply chain issues involved in the Apple Watch by likening it to producing a million origami lobsters:

Now let’s make this a little more realistic. As it turns out, we really want a million lobsters of two different sizes. Further, ordinary paper tears too easily and is the wrong colour for Origami lobsters, so we’ve decided to make our own paper; that will require its own process. We also need to be able to deliver some of the lobsters with glitter and others with hand-painted decorations; we’ll need to plan to supply and apply those materials too. Oh, and we want to make a few thousand out of two colors of pure gold leaf instead of paper. You’ll have to manufacture the paper for that too.
What’s your plan look like now?
There’s no rush; you can deliver your million lobsters any time during the month, provided that you don’t mind people complaining that you are way too slow at getting this done. Oh, and you’ll be criticized in the international press for every failure to produce perfect lobsters.
And now, imagine this same plan, except with this twist: no one has successfully folded this particular type of Origami lobster before, so you really don’t know how it’s all going to turn out. And your reward if you are successful will not be praise, but demands that you build even more next month.

This is such a wonderful post for wrapping your head around supply chain issues – as good in its way as Greg Koenig’s commentary about the amazing mechanics of how the Apple Watch is made.
Howe has a number for how many Watches have been sold, but you need to read his piece to find out. He’s probably right. (He also notes in an update that there’s only one module – that is lobster – so the Watch is even more profitable.)

Let’s revisit Nirave Gondhia and see how he’s getting on with his series:

Another day of 13 to 16 hour battery life suggests that with my usage pattern, this is the most I can expect from the Galaxy S6 Edge. However, considering that the average user works approximately eight hours per day, it’s clear that the Galaxy S6 Edge will last a full working day, allowing you to charge it overnight and rely on it until you get home after work.
Another thing to take away is that using your phone at 50% brightness or less adds several hours to your battery life. I’ve done further testing on this and it’s certainly a key factor. The octa-core processor drives over 3.6 million pixels and if the brightness is set to full, it draws a large amount of power. Reducing to around 50 to 60% could increase your screen-on-time by over 50%.

16-hour battery life would certainly take you through a lot of the day.

Ex-Microsoft designer explains the move away from Metro » Thurrott.com

Paul Thurrott filleted an AMA by the designer of the new version of Office for Windows Phone so you don’t have to wade through the original. Fascinating bits, including:

Why is the hamburger menu in the top left of the display? It’s hard to reach, etc. I actually argued for top right. The issue with top right is that no one else does [it]. Being a special unique snowflake works for art but not design. Design should be invisible, so people shouldn’t be thinking ‘oh that’s odd. I’ve never seen this button used like this. I wonder if it does the same thing?’ … The industry decided top left. So to go against it you need to earn it. You need to be far, far better or else it just stands out awkwardly.”
But people need to be able to use it with one hand. “What the research is showing is that people aren’t actually as wedded to one handed use as we used to believe they are. Don’t get me wrong, this is clearly a tradeoff. Frequently used things have to be reachable, even one-handed. But hamburgers are not frequently used, and one-handed use is not ironclad. Combine those two factors together and you see why the industry has settled on this standard. It wasn’t random … And, sorry. But the hamburger has some real issues, but ‘I can’t reach uncommon things without adjusting my hand on my massive phone and that annoys me because it reminds me of the dominant OS on earth” [is not one of them].
But the bottom is better. “It turns out bottom is not better. You’d think that something 3 pixels from your palm would be easier to reach than something in the middle of the phone. But nope.

This really is a terrific post with so much about comparative user experience; this is the link you really should read today.

It was on 3.22.14 that the Instagram beta was last updated and the app has remained unchanged since that day. In essence, this app represents the exact issue Windows Phone fans have expressed tirelessly over the years: It’s not the lack of apps, it’s the lack of support for the apps that do exist.
Twitter is another good example. While this app is updated more frequently, it lacks features of its iOS and Android counterparts. By all accounts, Twitter’s Windows Phone app is a distant second-thought for the company and while it is semi-frequently updated, when it does get new features, it’s months or years after the other apps.
Microsoft is aware of this, to no surprise, and they do hope that their universal apps will help to remedy this situation but it will not be an overnight fix.

It’s nice to hope. Has anyone pointed out yet that Instagram isn’t a desktop app, but is mobile-only, so the big Windows desktop installed base doesn’t matter at all to the company? Let me be the first then. Same for Snapchat, Uber.. the list goes on.

According to a Samsung spokesperson in touch with the company’s support team, the Galaxy S6 battery has a one-year warranty. If its maximum capacity drops below 80% of its initial level during that year, your replacement is free (although you still have to pay for shipping.) At any other time, the replacement costs $45, plus shipping, though Samsung did not detail shipping costs.
That’s less than the $79 Apple charges for an iPhone battery replacement, but more than the official $29.99 price for a Galaxy S5 battery…
Samsung has walk-in repair centers in Los Angeles and Plano, Texas that don’t require shipping and do same-day battery swaps, the company said. Samsung is looking to establish those centers in more cities.
Screen replacements, meanwhile, cost $199 for the Galaxy S6 and S6 Edge. That’s more than the $109 Apple charges for iPhone 6 screen repair, but less than the $299 Apple charges for repairs that involve more than the screen. Samsung screen replacements also have a one-day turnaround.

Apple Pay plans to launch in Canada this fall » WSJ

Rita Trichur and Daisuke Wakabayashi, who note that Canada has lots of iPhones (30% installed base of smartphones) and lots of NFC-capable payment systems:

Fair enough. Seems sensible given the problems US banks saw in letting people add cards without authentication. But then it carries on:

The trouble with that approach, however, is that it creates a clunky experience for consumers who expect mobile payments to be seamless—similar to tap-and-go credit cards that are already in wide use in Canada.

I checked this with the writers – surely the banks just want to authenticate initially, not every time? – but Trichur assured me she was hearing that the banks are considering a per-transaction authentication. Sounds bonkers to me.

This is why daddy drinks » Rusty Rants

Russell Ivanovic has been a dedicated disliker of Samsung phones since the S2 because “they often represented the worst possible Android experience you could have”. But they needed to have an S6 in the Shifty Jelly offices (which do Android app development):

The first thing that struck me was the build quality. It’s really good. The next thing that struck me was the screen. It’s amazing. Bright, super high density (far higher than the iPhone and Moto X I’m used to) and so beautiful. Then I was struck by the speed…this thing is fast…like really fast. Then I took a few test photos, and damned if they didn’t look better than all the same photos I was taking with my iPhone 6. In short I had a ‘huh?’ moment. Was it possible this was a good phone?