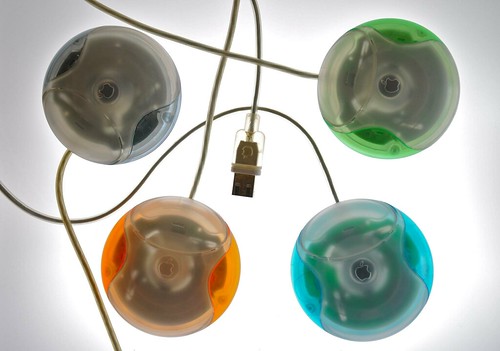 There was a time when these were new and “USB” was too. Photo by raneko on Flickr.

A selection of 9 links for you. Test on non-visible part of material. I’m charlesarthur on Twitter. Observations and links welcome.

The near-universal frustration over attempts to connect USB devices to computers has been a staple of nerd humor and lampooned in various ways until Intel finally found a way to take the joke quantum.

USB Type-C promises to solve this problem with a universal connector that’s also capableof twice the theoretical throughput of USB 3.0 and can provide far more power. Type-C connectors will not be the only type of connector that’s produced, but apparently hybrid cabling won’t be allowed. There will be USB 3.1 cables that are backwards compatible with existing USB 3.0 ports, but no Type-C adapters with conventional USB at one end and the new connector at the other.

Can carry 100W and can also act as a DisplayPort connector. But is it chainable, like FireWire? Still, lots of opportunities for the cable industry to sell us new USB cables.. in time.

The group claimed on Saturday to have hacked the website ansar-alhaqq.net on Saturday afternoon. In 2013, French newspapers described it as a French jihadist website.

Ansar-alhaqq.net was down for more than an hour after Anonymous’ announcement, but had returned online at the time of this writing.

It’s unclear how the hackers were able to take down the site, but Anonymous’ usual weapon of choice is a cyberattack known as Distributed Denial of Service (DDoS), which consists of flooding a website with traffic. This kind of attack is not particularly sophisticated, and there are even off-the-shelf tools that allow almost anyone to mount something similar, according to security experts.

CES is best viewed not as a display of new products to run out and buy but as a display of ingredients for future products. It is great to go to CES and see the latest TVs, displays, or in-car systems. By and large there is little news in these in-market products and categories. It is also great to see the forward-looking vision presentations from the big companies. Similarly, these are good directionally but often don’t represent what you can act on reliably.

Taking an ingredients view, one (along with 140,000 others) can look across the over 2 million feet of 3,600 exhibitors for where things are heading (CES is one of the top trade shows globally, with CeBIT, Photokina, and Computex all vying for top ranking depending on how you count).

If you take a product view, CES can get repetitive or boring rather quickly. I probably saw a dozen selfie-sticks. After a while, every curved 4K TV looks the same. And certainly, there’s a limit to how many IP cameras the market can support. After a few decades you learn to quickly spot the me-too and not dwell on the repetition.

…An astute observer can pick out the me-too products and get a sense for what ingredients will be available and where they are on the price / maturity curve. One can also gauge the suppliers who are doing the most innovative integrations and manufacturing.

Sometimes the whole industry gets it wrong. The most recent example of this would be 3D TV, which just doesn’t seem to be catching on.

Jobs that no longer exist » Imgur

Hudson outlined an attack – given physical access – whereby you could install a rootkit in a Mac through a weakness in its Thunderbolt connector that couldn’t be detected. All terrifying if you think the NSA (or similar) might be after you and your computer’s content; mostly unconcerning otherwise. But here are the amelioration measures:

Apple has a partial fix that they have started shipping in the new Mac Mini’s and iMac Retinas, and they plan to release it for older Macs soon as a firmware update. Their fix is to not load Option ROMs during firmware updates, which is effective against the current proof-of-concept.

However… it is not a complete fix. Option ROMs are still loaded on normal boots, allowing snare’s 2012 attack to continue working. Older Macs are subject to downgrade attacks by “updating” to a vulnerable firmware version.

And a Thunderstrike v2 could use the new “Dark Jedi Sleep” attack.

What is the Dark Jedi attack? I just learned about it last night at Rafal and Corey’s excellent talk here at CCC. Folllowing a S3 sleep, the system restarts with the FLOCKDN register that we discussed earlier and all the other BIOS protection registers unlocked. This means that the Option ROM can arrange for arbitrary code can be run in PEI before anything is locked, allowing trivial rewrites to the flash. Thunderbolt Option ROMs can do all this without having to mess around with SCAP files and signatures or anything.

If Apple revised their hardware to include Trusted Boot hardware again — they used to have TPM chips, but never used them and removed them in more recent models, they could at least detect this sort of error. It’s not perfect, as we can tell from all of the presentations into circumventing the various forms of secure boot, but it is a good first step.

The company, whose PC mouse devices could be found on desks the world over in the first wave of the IT revolution, is now focusing on accessories for mobile devices and gaming in an effort to reignite double-digit growth, chief executive Bracken Darrell said.

Logitech will also soon release a low-cost video device for collaboration between individuals or small groups.

The company also has a string of research projects which are working on “logical but surprising” new areas of digital technology which tap into key trends including mobile, although Mr. Darrell declined to give further details.

Possibly the most engaging thing about this piece is how the WSJ struggles with the plural of mouse (as in, the computer accessory). A front-page headline called them “mouses”. In the story, it hands off to “mouse devices”. Can’t we just say “mice”?

It tested a number of fitness trackers to see how they fared in assessing peoples’ exercise after some sedentary time (rather like your average office person):

Today ApplePay is limited to in-App purchase and at the POS (using NFC). Per my blog last week, mCommerce is one of the fastest growing trends in the industry right now. Apple will be extending the “touch ID” payment experience to all Safari browsers (with merchant support). Contrary to the poor POS/NFC uptake.. this will be a MASSIVE SUCCESS!!

1) Merchant implements new ApplePay API that looks for supporting browser/device. Similar to what Google Checkout, Stripe, Braintree have done for accepting a token in lieu of card and cardholder data
2) There is likely some other device/browser information going to merchant (like ApplePay plug-in on browser)
3) Consumer has at least one touch ID compliant device (iphone 5s or 6)

User case 1 – ApplePay on MacBook – Easiest one to explain

In case you’re wondering who Tom Noyes is, he’s the guy who in April 2014 was telling the world (which wasn’t listening) that Apple would introduce a contactless payment system in the iPhone 6. So worth listening to.

Observing major LCD TV brand vendors’ strategies for 2015, Google’s Android TV has become the official platform for Sony’s and Sharp’s smart TVs, but vendors such as Samsung Electronics, LG Electronics and Panasonic are still resisting Android, and bent on using their in-house developed platforms to carve out their own territories in the market.

During their pre-show press conferences for CES 2015, Sony and Sharp have respectively noted that Android TV will be fully adopted into their mid-range and high-end product lines in 2015, a strong advance for Google as its previous-generation Google TV platform was only available in Sony and LG Electronics’ entry-level TVs.

Their move also indicates that the two Japan-based TV vendors, whose market shares have been declining in the past few years, have formed a strategic alliance over their smart TV platform’s development, which is expected to help strengthen the Android TV camp.

This is the point about Android TV. Its backers (so far) are struggling players: Sony’s TV division is spun off from the main company, and Sharp has been hurting for years and only recently returned to profit. Samsung and LG have about 40% share of smart TVs, and when you add in Panasonic, it’s up to 50% or so. Sony and Sharp aren’t the big players.