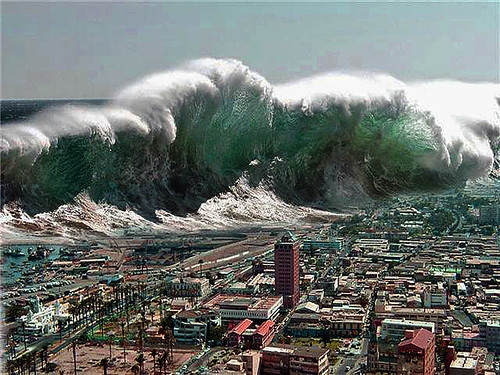 Fitbit’s dilemma: what problems will it solve better than other devices? » Mobile Forward

Hristo Daniel Ushev on the company that’s presently valued at $9bn (that’s the net present value of the stock market’s guess of its total future profits):

Smartwatches – at least the Android ones – will eventually rival the price of Fitbit’s high-end products. Fitbit will need to either make smarter products or lower-priced products. It doesn’t appear to have the basis for the former, and it likely won’t have the cost structure for the latter (compared to low-cost rivals). It might just maintain an existence in the US, where its installed base and brand are strong (today). I don’t doubt there will always be some consumers who prefer the Fitbit’s design, user interface, analytics, subscription services, or power efficiency.

But, at least in terms of the performance level visible today, Fitbit’s proficiency in those areas doesn’t appear to be unique enough to constitute a protect-able advantage.

Earthquake experts on ‘The Really Big One’: Here’s what will actually happen in Seattle » GeekWire

Following the New Yorker article on the coming (but nobody knows when) earthquake around Seattle, some earthquake scientists did a Reddit AMA:

“Washington’s resilience plan estimates it could be months before all major transport routes are reopened, though emergency routes … will open up before that,” Doughton said. Bridge inspectors will be among the first responders, checking for small cracks that could lead to devastating failures soon after the quake.

With transportation down, supplies are going to be tight. Goetz recommends that residents keep a 7-to-10-day supply of food, water and essentials in case of a major earthquake, along with some supplies at work and in their car.

“Beyond supplies, I always encourage people to talk about their plans,” Goetz said, “especially around communication, which we know will be affected. Where will they be? How can they get back together? Where could they meet if not at home?”

She also suggests staying put once the quake starts.

“Getting on the roads will only create more congestion and depending on the damage to bridges and streets, you honestly may not get very far,” she said. “Smartest plan—take a protective action, keep yourself safe, check on others and help them afterwards.”

Yeeaah. Not quite going to buy that seaside condo in Seattle though.
link to this

“In the involved vehicles, the current software settings for the motor/generator control engine control unit (ECU) and hybrid control ECU could result in higher thermal stress in certain transistors, potentially causing them to become damaged,” Toyota said in the recall notice.

“If this happens, various warning lights will illuminate and the vehicle can enter a failsafe mode. In rare circumstances, the hybrid system might shut down while the vehicle is being driven, resulting in the loss of power and the vehicle coming to a stop.”

Seems not good.
link to this

The number of mobile game app users has decreased for the first time in the last two years. It clearly shows stagnation in the growth of the domestic mobile game market.

According to market research institution Nielsen Korea on July 14, the number of mobile game app users with Android OS stood at 19.95 million last month. The figure has decreased by 850,000, or 4.11 percent, from the 20.81 million of June last year. It is the first time in the last two years that the monthly number of game app users has shown a year-on-year decrease.

Offered as a data point.
link to this

Microsoft has finalized Windows 10 » The Verge

Microsoft has now finalized Windows 10, ready for its release later this month. Sources familiar with Microsoft’s plans tell The Verge that the software giant has selected build 10240 as the final release to manufacturing (RTM) copy, allowing PC makers to start loading the software onto new machines ready for release. We understand that Microsoft is signing off on the build internally today, and may announce the RTM publicly by the end of the week or choose to ignore the milestone and focus on the launch.

Goes live on 29 July, in case you’d forgotten.
link to this

For philosophical reasons, I do not lump Lenovo and Motorolla sales together. If we were to combine the two, Lenovo would be #4 and Xiaomi #5.

Folks love to talk about Xiaomi but it is clear their initial target of 100m smartphones sold in 2015 is unlikely.

(This is content for subscribers; there’s more to it, obviously, and you can pay per-article.)
link to this

With ad revenues leveling off and expenses skyrocketing (G&A has quadrupled in 5 years), Google is headed for a financial meltdown, and when it happens, the company will need to shave $2 billion a year off its $16 billion/yr in R&D and G&A costs, which means, if we count the fully burdened cost of a Google employee at $200K per year, it needs to shave 10,000 jobs.

Google has $100 billion in the bank, so the situation is hardly dire, but Wall St. likes to see expenses cut by some other method than hauling money out of the bank. They like to see a sound Income Statement, and very soon, Google’s Income Statement will be anything but sound.

On a percent-of-income basis, Google outspends Apple on R&D six-to-one. Where is that money going? Driverless cars, Google Glass, body odor patents. Stuff that doesn’t have a chance in hell of generating revenue any time soon. On the one hand, Google is to be credited with thinking long-term, something American companies don’t tend to do very well, but on the other hand, Google needs to execute well on the revenue side.

Now read on.
link to this

Google will offer an update on its expenses on Thursday, when it reports second-quarter financial results after regular trading hours and Ms. Porat is expected to speak during a conference call with Google analysts for the first time. The company declined to comment for this article.

The clearest sign of the new attitude: Google added 1,819 employees in the first quarter, bringing its total to 55,419. That was the smallest increase since the final quarter of 2013; last year, Google added an average of 2,435 employees per quarter.

For many years, Google teams assumed they could add staff each year. Now, Google executives are selecting which groups can hire, based on the company’s strategic priorities. Since late last year, many Google teams have had to submit plans describing how additional employees will produce specific business objectives, such as increased revenue or more users.

For example, Google last year capped hiring at the struggling Google+ social-media division, while the Nest connected-home unit was given more leeway to grow, according to people familiar with the changes.

“We are a group of Apple customers that paid more than 2000 USD/EUR for a Macbook that is showing horrific stains in the screen,” writes the group on its website, Staingate.org.

“The stains can start as early as 7 months after the purchase. There is no clear pattern as to how it starts: some experience it in small spots around the edge, on other screens it appears in the middle as large patches.”

Apple claims that this is “cosmetic damage” and as such it is not covered by the warranty, leaving owners facing repair costs that can total up to $800.

The worst affected MacBooks appear to be those sold in 2013 but it seems that the problem dates back to 2009.

Seems to be a problem with the antiglare coating, as Kingsley-Hughes says. Currently over 3,000 people on the Staingate database. “Cosmetic”, perhaps, but cosmetic on the thing you look at all the time.
link to this

Apple Watch, not dead yet » Re/code

To find another way to gauge the popularity of the Apple Watch, we consulted several veteran technology analysts with contacts in Apple’s manufacturing supply chain who claimed Slice’s data does not represent the whole market, and does not correspond to what they’re hearing from supplier sources.

Ben Bajarin of Creative Strategies said he is seeing production gain momentum, not decrease, as Apple moves into its September quarter. He has raised his own Apple Watch sales forecast based on research with suppliers, estimating Apple will sell 20m smartwatches this calendar year, up from his initial projection of 19m.

Information research firm IDC is hearing the same based on its ongoing source checks in the global manufacturing and supply chain. IDC said the Apple Watch appears to be selling as expected: Following an initial burst of interest from Apple enthusiasts, demand tapered off. But sales continue apace, and appear to be on track to reach about 21.2m units sold this year.

“What we’ve heard and what I’ve confirmed with other analysts is … [the Apple watch] is still growing,” said Ryan Reith, research director for IDC’s mobile devices team. “They’re expecting it to grow throughout the year.”

Wait to see how big the “Other” chunk is in Apple’s results next Tuesday, and how much changed from previous quarters.
link to this

Have you been hacked? Take this quiz to find out » The New Republic

Has your information been compromised, perhaps without your knowing it? Only the hackers know, but perhaps this quiz can help.

Just answer yes – it’ll be quicker. (One of my emails is on this list. Sodding Adobe.) Or you could use the excellent Have I Been Pwned site, maintained by Troy Hunt.
link to this

The web we have to save » Medium

Hossein Derakhshan, who was jailed in Iran for six years and only released seven months ago, on the changes he perceives:

the web started out by imitating books and for many years, it was heavily dominated by text, by hypertext. Search engines put huge value on these things, and entire companies — entire monopolies — were built off the back of them. But as the number of image scanners and digital photos and video cameras grows exponentially, this seems to be changing. Search tools are starting to add advanced image recognition algorithms; advertising money is flowing there.

But the Stream, mobile applications, and moving images: They all show a departure from a books-internet toward a television-internet. We seem to have gone from a non-linear mode of communication — nodes and networks and links — toward a linear one, with centralization and hierarchies.

The web was not envisioned as a form of television when it was invented. But, like it or not, it is rapidly resembling TV: linear, passive, programmed and inward-looking.