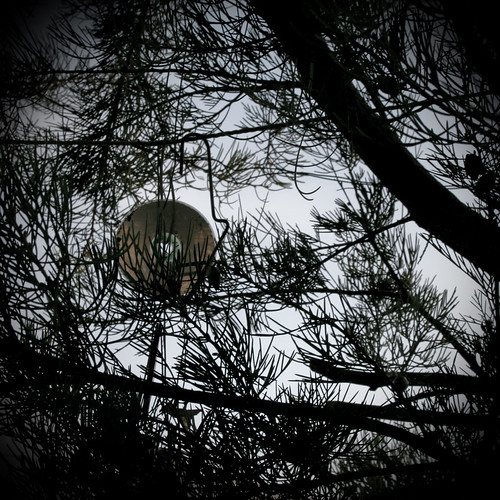 A selection of 9 links for you. Not golf links, no. They’re different. I’m charlesarthur on Twitter. Observations and links welcome.

My rocky first 24hrs with the Apple ᴡᴀᴛᴄʜ » Medium

Matt Haughey with a ton of really good criticism of the Watch setup for the novice user:

My phone has been downloading dozens of updates of apps made for the watch for weeks, but after getting the watch on my wrist, I realized none of those apps automatically added to the watch, but recent (meaning: as I was setting up the watch) app updates were automatically on the watch like my bank, which I don’t want on my watch. Five minutes later I learned the older apps had to be manually enabled one-by-one. Ugh. Again with the tedium. Additionally, apps asked if I wanted “Glances” enabled too, but in this first half-hour of watch ownership, I didn’t know what “Glances” were yet so I guessed and enabled it on apps I like most. I hope it doesn’t do awful things that I will have to disable one-by-one.

Hope Apple is watching stuff like this closely. As Haughey points out, the problems are also partly to do with third-party devs not having had experience when they wrote their apps and notifications. (The notes by the paragraphs are worth reading, especially those relating to your “Favourites” on the Watch itself.)

How popular will smartwatches be? » Naofumi Kagami

There are plenty of jobs where glancing at a watch is acceptable, but staring into your smartphone isn’t.

You could easily add other jobs where a smartwatch will quickly become a necessity and not just a convenience. For example, doctors working inside hospitals have to respond quickly if one of their patient’s condition suddenly deteriorates. They carry phones with them at all times, but it’s vital that they don’t miss a call. Rather then having a vibration in your pants which can sometimes be hard to notice, it’s much better to have a tap on your wrist.

Similarly, sales reps will also do much better if they quickly respond to emails or phone calls from customers, and so missing calls is not an option. For this very reason, many Japanese employees keep their phones in their shirt pocket and not in their trousers, because it’s much easier to notice a vibration on your chest. This will no longer be an issue if you are wearing a smartwatch.

Also lacking from the discussion is women who often carry their smartphones in their bags and not in their pockets. They don’t want to miss calls or important notifications either…

…This is why I am optimistic about Apple Watch sales, and sales of smartwatch sales in general. I would be very surprised if Android Wear did not start to sell briskly, although it may take a product iteration or two.

The man who broke the music business » The New Yorker

Stephen Witt, with a lovely description of what we all knew – on reflection – must be happening in the music business in the 1990s:

One Saturday in 1994, Bennie Lydell Glover, a temporary employee at the PolyGram compact-disk manufacturing plant in Kings Mountain, North Carolina, went to a party at the house of a co-worker. He was angling for a permanent position, and the party was a chance to network with his managers. Late in the evening, the host put on music to get people dancing. Glover, a fixture at clubs in Charlotte, an hour away, had never heard any of the songs before, even though many of them were by artists whose work he enjoyed.

Later, Glover realized that the host had been d.j.’ing with music that had been smuggled out of the plant. He was surprised. Plant policy required all permanent employees to sign a “No Theft Tolerated” agreement. He knew that the plant managers were concerned about leaking, and he’d heard of employees being arrested for embezzling inventory. But at the party, even in front of the supervisors, it seemed clear that the disks had been getting out. In time, Glover became aware of a far-reaching underground trade in pre-release disks. “We’d run them in the plant in the week, and they’d have them in the flea markets on the weekend,” he said. “It was a real leaky plant.”

The motives of the leakers are, to say the least, mixed. (A side note: if you look at the page source, you discover that the New Yorker includes a word count for each paragraph.)

The Oregon Trail generation: life before and after mainstream tech » Social Media Week

We’re an enigma, those of us born at the tail end of the 70s and the start of the 80s. Some of the “generational” experts lazily glob us on to Generation X, and others just shove us over to the Millennials they love to hate – no one really gets us or knows where we belong.

We’ve been called Generation Catalano, Xennials, and The Lucky Ones, but no name has really stuck for this strange micro-generation that has both a healthy portion of Gen X grunge cynicism, and a dash of the unbridled optimism of Millennials.

A big part of what makes us the square peg in the round hole of named generations is our strange relationship with technology and the internet.  We came of age just as the very essence of communication was experiencing a seismic shift, and it’s given us a unique perspective that’s half analog old school and half digital new school.

Resonate with you? Read it.

Say goodbye to the Nexus 7 as Google pulls listing from store page » TalkAndroid.com

After releasing the Nexus 9 and not even mentioning the possibility of a refreshed 7in tablet, though, most of us could see the writing on the wall about the Nexus 7’s fate. Today, it’s finally happened, as Google no longer offers the Nexus 7 on their online store. Finding a listing for the Nexus 7 specifically says that it’s no longer for sale.

Google’s Nexus program has changed over the past couple of years, moving away from extremely affordable devices to more high-end devices that offer a flagship caliber experience without sacrificing development options and quick updates. Unfortunately, that move comes with flagship caliber price tags, too, which is evident in the Nexus 9’s doubled price tag over the Nexus 7.

The Nexus 7 is only just larger than the Nexus 6, which is a phone and is the only device you can use on Google’s Fi MVNO. Google doesn’t think tablets are worth it. (Side note: I had to follow two links to get back to this, as what seemed to be the original source. Why didn’t the first site to write it link back to the original one, rather than the first copier?)

How photography was optimized for white skin colour » Priceonomics 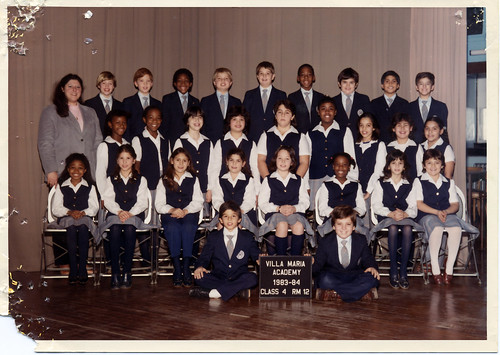 The earliest colour film was not sensitive enough to accurately capture darker subjects, especially when the scene had brighter, whiter elements. This problem was particularly obvious in group portraiture, photographer Adam Broomberg has explained: “If you exposed film for a white kid, the black kid sitting next to him would be rendered invisible except for the whites of his eyes and teeth.” Photographer Syreeta McFadden, a black woman, describes the experience of looking at photos of herself as a young girl:

“In some pictures, I am a mud brown, in others I’m a blue black. Some of the pictures were taken within moments of one another. ‘You look like charcoal,’ someone said, and giggled. I felt insulted, but I didn’t have the words for that yet.”

“Film emulsions could have been designed initially with more sensitivity to the continuum of yellow, brown, and reddish skin tones,” Roth writes in her paper, ‘Looking at Shirley, the Ultimate Norm,’ “but the design process would have had to be motivated by a recognition of the need for an extended dynamic range.”…

…“I remember growing up and seeing Sidney Poitier sweating next to Rod Steiger in ‘In the Heat of the Night,’ and obviously [that was because] it’s very hot in the South,” Oscar-winning director Steve McQueen told the Washington Post, “But also he was sweating because he had tons of light thrown on him, because the film stock wasn’t sensitive enough for black skin.”

Nobody meant for film to be ‘racist’ (as Jean-Luc Goddard called it). It just happened that way. What are the embedded processes in society that do the equivalent now, and in what field of endeavour? Probably sexism, at a guess.

Samsung Electronics began production at a third factory for curved smartphone screens sooner than expected as demand surges for its Galaxy S6 Edge smartphone, according to people with direct knowledge of the matter.
Adding the production line, known as A3, enables Samsung Display Co. to more than double monthly output to 5m screens from about 2m currently, the people said, asking not to be identified as the matter is private. The plant is now online after the company previously planned on using the new factory sometime in June, one of the people said.
Samsung Electronics predicted record sales for the Galaxy S6 lineup, which includes a model with a traditional flat display, as the company seeks to win back customers who flocked to Apple’s new large-screen iPhones and Chinese vendors selling cheaper devices. Demand for Samsung’s new smartphones has exceeded company expectations since they went on sale April 10, the people said.

Interesting. It has had slow initial sales to end users in South Korea, perhaps because of restrictions on subsidies by carriers there. Of course, the “sales” in this story are to operators – not end users. That’s the acid test, and we won’t get a clear picture there for a few months.

Anil Dash on the strange experience of having been put on Twitter’s Suggested Users List early on, and getting more than half a million followers – who often don’t know quite why they’re following him, but hope he can do something for them anyway:

I sometimes respond to people with facts and figures, showing how the raw number of connections in one’s network doesn’t matter as much as who those connections are, and how engaged they are. But the truth is, our technological leaders have built these tools in a way that explicitly promotes the idea that one’s follower count is the score we keep, the metric that matters. After more than a decade of having that lesson amplified across the Internet, the billion or so people who rely on online social networks have taken the message to heart.

As he says, having a really large following on a social network is strange.

Earlier this week smartphone maker BlackBerry confirmed it acquired Israel’s WatchDox to build out its security software business, but it looks like it may be downsizing elsewhere. According to reports from Swedish news sites, BlackBerry is closing down its software design operations in Sweden — a business that grew out of its acquisition of UI startup The Astonishing Tribe in 2010.

One report from Swedish site 8till5 notes layoffs of 100 in Malmo; other reports from news site Rapidus and financial newspaper Svenska Dagbladet says it will be letting go just over 150 employees: 93 in Malmö and 60 in Gothenburg.

Purchased for $92m; value now negative? Astonishing Tribe did stuff such as the UI of the first Android phone. Then they were hired to work on the PlayBook. Oh..