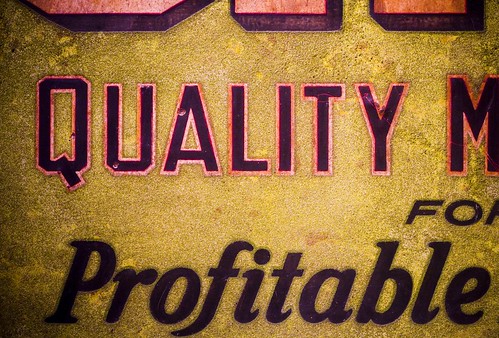 At the end of January, I drew together the figures from the fourth quarter of 2014 to look at how profitable making smartphones was for companies including Apple, Samsung, HTC, LG, and Sony. The approximate answer was: not very, unless you were Samsung or Apple.

Another quarter gone: time again to see if anyone is faring any better. As a bonus I’m also throwing in Microsoft Mobile and BlackBerry.

A few words first on procedure. I look at the companies’ financial statements and information about the smartphone shipments, revenues and operating margin of their handset divisions. In some cases they don’t give this explicitly, or they give some but not all of the numbers, which have to be estimated or wrangled by triangulating with analysts’ data. (I tend to use IDC and/or CounterPoint, who I’ve found to be reliable.)

Some people have wondered why I use operating margin rather than gross profit to calculate these numbers. There’s an important difference. “Gross profit” is what you have left over after subtracting the cost of the goods in the product, and the cost of making it, and the cost of getting it to the customer. It’s a number that flatters a business because it doesn’t take into account all the other costs involved in running that business – such as paying sales, general and administrative [SG&A] staff, marketing, R+D (which comes out of your current cash, and is an investment in the future of the business), and all the other things you think of as “keeping the lights on”. If selling your products doesn’t cover all those costs, then you don’t actually have a viable business.

This was why it used to bug me when Motorola Mobility’s people would say that it “made money on each handset it sold” selling its low-priced devices while owned by Google. Sure – it made money on gross margin. It wasn’t a lie, but it was economical with the truth, a comment made perhaps in the knowledge that most journalists wouldn’t ask “you mean on gross margin or operating margin?”

Motorola Mobility was fabulously unprofitable; its losses, once you included SG&A and R&D, were dramatic. Between the second quarter of 2012 (when Google took it over) and the first quarter of 2014, Motorola’s total revenues were $10.98bn. Its losses, once you took account of those costs, were $1.9bn, or 17 cents for every dollar of sales. Motorola never had a profitable quarter while inside Google. In fact if you take its entire life after being spun off from the larger organisation at the start of 2010 to the start of 2014, over 17 quarters just two showed operating profit, totalling $160m. Total operating losses, including those profits: $2.47bn on revenues of $30.6bn. Now it has been swallowed by Lenovo, which promises to make it profitable. We’ll see.

So don’t let glib answers fool you. There are lots of way to talk about “profit”. Here’s mine. (“ASP” is average selling price, across the company’s whole portfolio of smartphones.)

With the numbers now in from all the top-line handset makers (who you’d expect would be the profitable ones), here are the numbers. (An asterisk means the number isn’t absolute, and the reason for each is explained below the table.)

Assumptions
HTC: I’ve assumed that all the first-quarter revenue is for HTC phones – which isn’t true, given that it also now offers the HTC Re and made the Nexus 9 tablet sold by Google. (Sales were likely pretty small, since it didn’t show up in IDC’s tablets category where the smallest number was about 1m, and you’d expect that Amazon sold more. I understand Nexus 9 shipments in Q4 were just 70,000; the number would be substantially smaller in Q1.)
The 5m phones number comes from one of the big analysis companies that tracks smartphone shipments. (Not sure I have their permission to say who, but they’re very reliable.)
The operating margin isn’t a mistake – it really is $890,000 after conversion. HTC truly lives on the edge; and has been spending on R+D for its virtual reality headset. The phones are probably more profitable than this suggests; the Nexus 9 and Re probably aren’t, but it’s unlikely they contribute much to revenue.

Sony: Currency converted using the yen rate for the quarter cited in Sony’s results presentation. The huge operating loss is a puzzler: Sony’s explanation in its financials is that besides the dollar’s appreciation hitting costs, it was due to “the recording of intellectual property related reserves in the current quarter”. I don’t know what the IP-related issues are; is Sony gearing up for a court fight with someone? (Microsoft, over Android licensing?)

Samsung: the company doesn’t give exact figures for its smartphone shipments; it coyly said in its investor call it had shipped 99m mobile phones including featurephones and that smartphones were in the “mid-80s percent”. This is IDC’s number.
Its smartphone revenues calculated on the prevailing won-dollar exchange rate on 31 March, and the basis that those 15.7m featurephones had a shipping price of $15, and that the “about nine million” (quote from the earnings call) tablets had a shipping price of $175.
Samsung gives operating profit for its entire “IM” division, which includes its PC divison. I’m assuming these make zero profit, or not enough to perturb the figures. If any of its PCs, tablets or featurephones makes a profit, that reduces the per-handset smartphone profit.

Lenovo: now owns Motorola, which is dragging down its results, as it does everywhere. Assumptions: the 2.5m tablets it sold went for an ASP of $100 and made zero profit; a higher tablet ASP and profit means the smartphone business did worse. Another assumption: Moto360 smartwatch sales didn’t add materially to revenues, and didn’t lose money. (You can argue about this. It reduces the smartphone revenue, but boosts profitability if the Moto360 sold well at what was probably a loss or breakeven.)

Lenovo is odd in that its smartphone business is now partitioned into two – there’s the Lenovo brand, which sells almost entirely in China (and recently in India, a little), and the Motorola brand, which sells much more widely. The Lenovo brand phones have really low ASPs – historically, around the $100 mark. The Motorola ones have much higher ASPs – about $230 in the most recent quarter. None of it is profitable, though; even before Motorola the mobile business was losing money, and there are various unspecified writeoffs of unspecified amounts in the latest quarter that make the losses even worse. Lenovo says it’s aiming to get Motorola profitable within 4-6 quarters of acquisition. So that’s by the middle of 2016.

Trouble for Lenovo is that it hasn’t made a profit with low ASP phones, and it’s not making one with Motorola’s high ASP ones. Perhaps it hopes the profit will come with scale (or the departure of rivals?).

Top-end Android cumulatively: clearly, Samsung dominates: it has 30 times more profit than its nearest rival (LG) on about 5 times as many phones.

Apple: we have to assume Apple’s iPhone operating profit margin at 28%, because it doesn’t break out divisional profits; all costs are assigned across the company. (You could estimate it by taking iPhone revenues as a percentage of the total, and assigning that percentage of all other costs to it.)

Microsoft Mobile: I previously set out all the calculations used here (which exclude writedowns on intangibles). Specific assumptions: its featurephones have an ASP of $15 and make $5 profit per handset; sales and marketing was $300m per quarter. Mobile is a terrible business for Microsoft, but it has to stick with it.

BlackBerry: these are the figures for its quarter to the end of February. I looked at those in detail, and found that services and software have consistent gross profit margins of about 82%. Subtract that from the gross profit, and you get a total gross profit for handsets of $21.20m. Now we have to subtract operating expenses from that; assuming those are proportional to the revenues from each slice of its business (hardware, software, services) we take away 42%x $424m = $178.08m to get the operating profit for BB’s handsets. It’s negative.
Handsets are an even worse business for BlackBerry than for Microsoft – and BlackBerry can’t bear the losses like Microsoft can. Tick tock.

2) What about Xiaomi/Huawei?
Though they’re big players in shipments (15.3m and 17m respectively), Xiaomi doesn’t publish numbers anywhere I can find (pointers welcome), and Huawei doesn’t break out any detail from its mobile division – though a year ago it said it was operating just ahead of break-even.

Sequential quarter comparisons are usually odious, especially if you look from the Christmas quarter to the new year one; shipments fall, revenues fall and stuff gets cheaper as companies try to shift unsold stock and get ready for New Things. Bearing that in mind, looking back at the Q4 figures, we find that:
• HTC’s margins worsened quite a lot; handset ASP stayed fairly steady.
• Sony’s ASP dropped a lot, from $305 to $288.70.
• LG actually improved its operating margin, kept revenues and shipments up, and saw only a slight dip in ASP
• Samsung kept revenues up while increasing shipments – hence a big drop in ASP, from $306 to $250.88 – and improved operating margins and profit
• Apple saw shipments fall (as expected), a slight fall in ASP but per-handset profit remained almost the same. And it’s still taking all the money.

In a followup post, I’ll look at ASP trends for these companies, and what they suggest about the challenges facing these companies – particularly Sony – and also the question of whether Samsung might withdraw from the PC business altogether. (It pulled out of Europe last year.) Stay tuned.