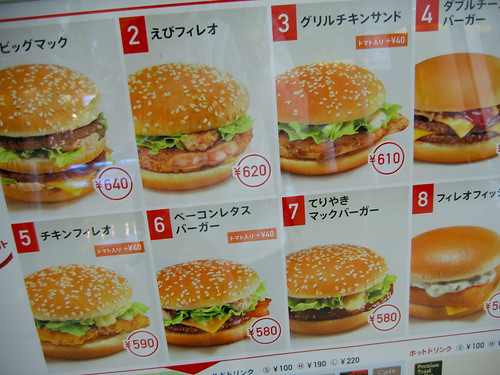 This is the hamburger menu you’re looking for. Photo by jpellgen on Flickr.

Hey! You can now sign up to receive each day’s The Overspill’s Start Up post by email.
You’ll need to click a confirmation link and then it should all roll on. (We’re still ironing out a few bugs in formatting for mobile but otherwise it’s perfect. Ish.)

A selection of 8 links for you. May contain nuts. I’m charlesarthur on Twitter. Observations and links welcome.

Using its thorough analytics, YouTube was first to understand that viewers should be given the opportunity to skip videos ads. This markedly increased the value of actually viewed clips.

But the damage is done. With ad blockers, the tragedy is that one bad apple contaminates the whole crate. Once installed, the adblocker will indiscriminately eliminate ads from all sites. The few that were willing to preserve a decent user experience were washed away.

Between April and June 2015, SecretMedia, teaming up with with JW Player, reviewed the data from one billion devices in 42 countries. Here, precautions are warranted: SecretMedia, based in New York, sells an anti-adblocking solution for video; its clients are mainly broadcasters. But even though SecretMedia has a vested interest in darkening the picture, its conclusions are consistent with other surveys in the US and Europe.

The point about the bad apple contaminating the crate is key. Oh well, iOS 9 comes out today – and tons of people will begin deploying adblockers. Let’s watch.
link to this extract

Darren Herman, Mozilla’s VP of Content Services, announced in May 2015 that “Suggested Tiles represents an important step for us to improve the state of digital advertising.”

Then, this summer, Mozilla quietly launched Suggested Tiles, the organization’s first commercial ad product. Well, it will be ads. At the moment, Mozilla claims it’s not getting paid for them.

Herman explained, “Since early August, we have been delivering promoted content provided by our first wave of partners including Yahoo, a number of top tier news titles including Fortune Magazine and Quartz, and mission-oriented partners such as the Make-a-Wish Foundation and the Electronic Frontier Foundation.”

Not sure that’s going to be popular.
link to this extract

Most apps live out of ads. Most apps are Free. What was not said today is whether TV apps will be able to monetize with ads the same way iphone apps are monetized with ads. This is a big deal not just for monetization but also for discovery. Ads are one of the key channels for discovery and if no native ads are allowed in TV apps then the only way to get discovered is via the TV app store: meaning you have zero chance unless featured by Apple. I doubt Apple will completely ignore that question: Ads on TV can be a huge opportunity (including for iAds). They may not be ready for it just yet.

But what that means for app developers: get ready to suffer to get your free TV app (or paid app) discovered and monetized.

Toshiba Corp swung to a first-quarter loss on weak PC and TV sales, raising pressure on its new chief executive to speed up a business revamp in addition to improving governance after a $1.3bn accounting scandal.

The laptops-to-nuclear power conglomerate reported an April-June operating loss of 10.96bn yen ($91m) on Monday compared with a ¥47.7bn profit a year earlier.

Specifically looking at the PC business – which is the one under stress – the Toshiba financials say “The Lifestyle Products & Services segment saw significantly lower sales, reflecting significantly lower sales in the Visual Products business, which includes LCD TVs, and the PC business, due to a shift in focus to redefined sales territories and other factors.
The segment as a whole saw deteriorated operating income (loss), reflecting deteriorated operating income in the PC and Home Appliances businesses.”

With iOS 9, Apple is introducing features that will more easily enable IT to control iOS devices and automate provisioning of software. Using iOS 9, an enterprise can provision apps from the App Store silently, and disallow the user from installing their own applications. The operating system also makes it easier to place devices into supervised mode, which enables capabilities like disabling iMessage and locking device settings, round out the abilities to make an iPad Pro more suited to mission-specific tasks enterprise IT wishes to deploy them for…

…Three features have been introduced in iOS 9 that address that issue [of data going to non-managed devices]. The first allows enterprise IT to decide which applications are “managed,” meaning the data within them is owned by IT. Prior to iOS 9, if a user installed a business app from the App Store, then the app was “unmanaged” and could not interact with enterprise data. The user would have to reinstall the app over again through their corporate app storefront to make it managed. Now, enterprise IT can easily flag which apps are managed and reduce the user intervention required.

Second, iOS 9 provides enhanced controls over AirDrop. Prior to iOS 9, the only way to prevent corporate data from being shared with an unauthorized device was to turn off AirDrop completely. Now, enterprises can configure iOS 9 such that managed applications can’t have their data shared out via AirDrop.

Third, Apple decided that “simple passcodes,” will now require a minimum of six characters when a device with TouchID is enabled.

MobileIron is now up against BlackBerry/Good Technology in aiming to manage enterprise iOS devices.
link to this extract

Hamburger menu, the most recognizable thing on the planet » DeveloperTown

Using eye tracking software, we ran 25 people through a series of tasks to gather viewing data. We used Google Inbox as the test site, but created two different versions that were presented at random. Version 1 was Inbox exactly as it is currently designed today with a hamburger menu, and Version 2 was another version we created with a horizontal menu of the same main menu choices hidden in the hamburger.

Why tablets are the future of computing » WSJ

Take Intel’s coming line of Skylake chips, which CEO Brian Krzanich has said will enable thinner, lighter notebook PCs with better battery life. All of this will be possible because the chips will be more efficient, with some Skylake chips drawing less than 4½ watts, says IT analyst Patrick Moorhead.
“That power envelope is the first time you can do a fanless device, and fanless means thin,” says Mr. Moorhead. In other words, those svelte, MacBook Air-like “ultrabooks” Intel has been touting have the potential to turn into ultra tablets with detachable keyboards.

These devices won’t just be running Windows, of course, because manufacturers also have plans to sell them with Google’s Chrome operating system and even a version of the Android OS modified to function like a full desktop operating system.

What’s just over the horizon is a weird moment in computing history, when every major desktop and mobile OS, with the notable exception of Mac OS, will be competing on devices with the same ultra tablet form factor. With Windows 10, Microsoft has already blurred the lines between a mobile and a desktop OS, and now Google, Apple and others are following suit.

Arguably it should be “why 2-in-1s are the future of computing”, but it would make the headline unwieldy. Does this mean the Ubuntu Edge idea of a mobile phone you plug into a keyboard/display becomes feasible soon? It seems an idea that comes and goes – some times it’s good (Handspring had a good version in the early 2000s), some times it’s bad (Motorola Atrix).
link to this extract

As the year-end holidays approach, the [upstream supply chain] sources are concerned that the retailers may reduce their notebook prices further in order to quickly clear up their inventory, but such a move is expected to greatly impact notebook brand vendors’ profitability and affect overall notebook sales in the second half.

The sources pointed out that brand vendors such as Lenovo and Hewlett-Packard (HP) have been encouraging their retail partners to stock up since May by offering them high commissions. However, weak demand and Windows 10’s failure to kickstart a PC replacement trend have caused the retailers to suffer from high inventory pileup despite their aggressive promotions.

Acer and Asustek Computer, neither of whom has used the high-commission strategy, are still expected to be affected as the retailers are selling competitors’ notebooks at a much lower price range, forcing the two firms to follow suit or risk losing market shares. Currently, Acer and Asustek take up about 30-40% of Europe’s notebook sales.

Asia Pacific is also seeing weakening notebook demand amid a slowing China economy. The PC market in the US is the only one seeing meaningful growth, but only US-based vendors HP, Dell and Apple will benefit.

I’d guess the “sources” in this story aren’t too far from Asus and Acer.
link to this extract

Once more: sign up to receive this and similar posts by email. (Start Up only – not posts from the rest of the blog.)