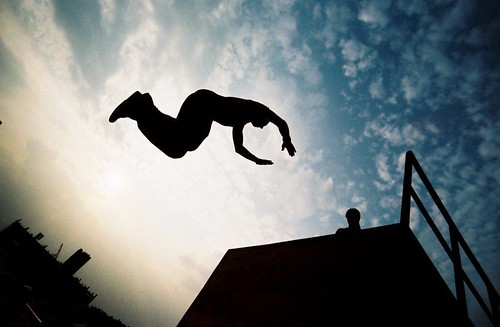 A leap second: good, bad or indifferent news? Photo by /amf on Flickr.

The Wall Street Journal is reporting that financial regulators and market participants are worried enough about the leap second that they’re planning for potential disruptions. The adjustment could present technical difficulties for traders and exchanges, as some computers might not be programmed to account for the adjustment, according to a Dow Jones report. “These guys are agonizing over it,” Steve Allen, a programmer-analyst at the University of California’s Lick Observatory, told Dow Jones. “It is definitely a hassle.” “The problem with the extra second is that it’s difficult to gauge how computer systems will react,” according to Journal writer Brian Hershberg. A US Commodity Futures Trading Commission spokeswoman said that “For the most part, we’re not too worried,” told Dow Jones. “But of course as the regulator, we do need to ensure folks are ready.” The last leap second occurred on June 30, 2012, and that leap second caused technical problems for websites and computing systems — including Reddit, Mozilla, Gawker, FourSquare, Yelp and LinkedIn.

Leap seconds are like millennium bugs that come around rather more often.

A source told TechCrunch that clients who use Metaio are “flipping out” after seeing the shut down message on the website and not hearing a word from the company about what’s going on…until now. Metaio hadn’t taken traditional Silicon Valley venture capital, but had raised some money from Atlantic Bridge and Westcott. The company is well established. Many impressive projects have been produced using its tools including this one of with Ferrari that gives a potential buyer an AR tour of the car (as though the actual car isn’t cool enough): And this one for travelers in Berlin to see what the scene they are looking at would have looked like when the Berlin Wall was up. The program uses historical footage that you can see by pointing your smartphone or tablet at a particular place.

Apple getting into AR? I wrote about the resurgence in VR (which Google is pushing hard) for the Guardian; AR is actually slightly tougher.

With Android Pay you will be able to pay with your credit or debit card, across multiple Android devices, and at thousands of stores and apps that you already know and love. And by enabling bank apps to integrate with our platform, you’ll be able to add your credit and debit cards directly from bank apps for use with Android Pay. It’s still early days, but we’re very excited and think that this type of open platform will help drive adoption in mobile payments.

OK, and now let’s rewind almost exactly four years to May 26 2011, and the announcement of Google Wallet (which Android Pay replaces):

Because Google Wallet is a mobile app, it will do more than a regular wallet ever could. You’ll be able to store your credit cards, offers, loyalty cards and gift cards, but without the bulk. When you tap to pay, your phone will also automatically redeem offers and earn loyalty points for you… This is just the start of what has already been a great adventure towards the future of mobile shopping. We’re incredibly excited and hope you are, too.

The difference? Four years and the launch of Apple Pay last September. And a gradual shift in the utterly backward payment systems in the US towards NFC-capable checkouts.

[Sridhar] Ramaswamy said the rising popularity of larger smartphones also helps. “As phones get bigger the space issue becomes less challenging,” he said, pulling his Nexus 6 smartphone out to show its six-inch display. “This is essentially a tablet. People’s ability to navigate sites and fill out forms and such goes up tremendously.” Mark Ballard, director of research at digital-marketing firm Merkle RKG, has spotted big increases in mobile-search ad prices over the past year. He said new, larger iPhones released last fall are part of the reason because they make it easier to buy something after clicking on a search ad. Ramaswamy declined to comment on the impact of larger iPhones. The Google executive questioned how Facebook, which has emerged as Google’s principal rival for online ads, measures how many users watch videos. YouTube counts a view when someone watches for at least 30 seconds, while Facebook counts a view more quickly. “How many of Facebook’s video views are engaged views?” he asked. A Facebook spokesman did not immediately respond to a request for comment.

Well. Why won’t he comment on larger iPhones? Also: Facebook videos don’t need to be 30 seconds long – after all, a Vine can only be six seconds long. But of course Ramaswamy knows that. But not commenting on the iPhone seems like a defensive move as the default search placement on Safari comes up for renewal.

It’s true that a small subset of users, call it the Casio Calculator crowd, doesn’t care about looks. They’ll like the Time because it’s sturdy, durable, and easy to use. But when nearly every critique of wearables relates to aesthetics and personalization, you have to wonder how Pebble convinces anyone to even put this plastic brick on… …I want the uncluttered and productive idea Pebble is selling. But I don’t want the watch.

For the Time, Pebble redesigned its watch interface using the analogy of a timeline: Press the top right button to go back in time (recent alerts, news items, past calendar events), and press the bottom right button to go into the future (upcoming events, games, etc.). The lone left button always takes you back a step, while the middle right button serves as an OK or Enter key. It’s an almost laughably simple way to organize what you see on screen, but it’s effective and the main reason I prefer the Time over any Android Wear watch I’ve tried so far. Android Wear is chaotic. It often feels like your watch is buzzing out of control and you’re drowning in phone notifications that keep showing up no matter how often you swipe to dismiss them. Pebble’s new timeline approach, on the other hand, makes sense as soon as you start clicking buttons. Order is calming. Without having to peep at a user manual, you know where your stuff is.

Odd approach: the WSJ has had three different people reviewing the Apple Watch, LG Urbane and now the Pebble Time. Why?

Most business entities that require an internet presence (think small shops, plumbers, hip food carts, or the like) will not end up [as an app icon] on your homescreen. Instead, they require one just-in-time interaction — when you need their opening hours, phone number, or menu. Users will expect this information on the web because they’re not going through the hassle of installing their app. Actually, this is very good news for the web. If the user doesn’t want your icon on his home screen, if the user wants a just-in-time interaction, it’s the web they want — not because of any inherent technological superiority, but because it’s hassle-free. Go there, read, forget. No junk left on your phone. Most businesses don’t stand a chance of ending up on the users’ home screens. So they need the web — but not a web that emulates native to no particular purpose.

His biggest criticism of cruft-y websites is news sites – but then the counterargument comes in, as he concedes, that news sites need to have URLs so people can find the content via search. Tricky.

December 2013: Android’s permissions gap: why has it fallen so far behind Apple’s iOS? » The Guardian

why would you let an app get that sort of access to your contacts, location, or storage? If you’re using Android, the answer is that you don’t get much choice, unless (like those 40%+ in the survey carried out by the Information Commissioner’s Office) you decide not to download the app. And the peculiar thing is that Google seems to be quite OK with that – and in fact has gone as far as to reverse an update which let users block apps from accessing data they shouldn’t. The consequences of that are already beginning to play out as people notice the difference – and complain in the only way they can, by giving apps lower ratings for what they see as excessive demands. The problem surfaced at the end of last week, when the Electronic Frontier Foundation (EFF) first praised and then doled out brickbats to Google for implementing, and then reversing, a function which allowed users to set per-app permissions to data such as their contacts, call log, location and so on. To access it you had to download a free third-party app called App Ops Launcher.

Commenters’ response: “just don’t install the app”. Overlooking the fact that that had already been dealt with in the piece – the 40% who already don’t install. Apple’s iOS has had this on near-enough 100% of devices since September 2012. Android will have it in Android M. Android Lollipop, released in autumn 2014, is presently on 9.7% of devices. I forecast it will take until June 2017 for Android M to be on 50%.