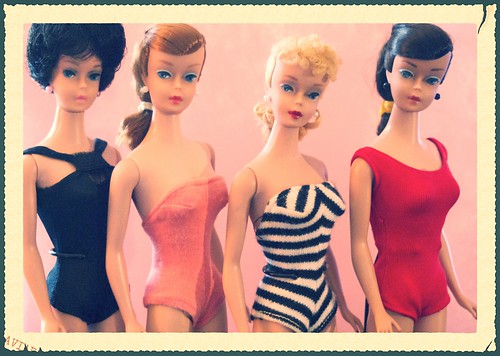 A selection of 9 links for you. May cause. I’m charlesarthur on Twitter. Observations and links welcome.

The trouble with Foodpanda » Livemint

Ashish Mishra with a terrific tale of a much-funded startup which didn’t quite figure out that not everyone is honest:

Now imagine you are not the only restaurant on the platform doing this.

John Gordon at the University of Texas at Austin:

Attack details:
Pasting a sufficiently large string into an input field will cause portions of the lockscreen to become unresponsive and allow the user to terminate those processes. An attacker can construct a large string by typing characters into the Emergency Dialer, then select all + copy + paste repeatedly to increase the string size exponentially. Once the string has been pasted, either into the Emergency Dialer or the lockscreen password prompt, attempting to type more characters or performing other intaractions quickly and repeatedly causes the process to become overloaded and crash, or produce a dialog allowing the user to kill the process. If done in a password prompt in the foreground of the camera application, this crash results in the homescreen or Settings applcation being exposed.

PIN/swipe is untested, rather than safe (as far as we can see). This seems to be pretty hard to do – the video is 18 minutes long, involving lots of copy/pasting. It’s not really a giant flaw like Stagefright; and Apple has had some egregious lockscreen bypasses in the past. (Though none in iOS 8 that I’ve seen.) The problem though is that this doesn’t help Android’s reputation among businesses considering whether to buy it. It’s not the exploit; it’s the suggestion of vulnerability.
link to this extract

Ben Thompson, in his weekly “free to view” article, says that iOS 9’s adblockers are just going to finish what was already happening:

It is easy to feel sorry for publishers: before the Internet most were swimming in money, and for the first few years online it looked like online publications with lower costs of production would be profitable as well. The problem, though, was the assumption that advertising money would always be there, resulting in a “build it and they will come” mentality that focused almost exclusively on content product and far too little on sustainable business models.

Worth it for the illustrations. You should subscribe so he can afford an iPad Pro and a stylus.
link to this extract

Google has built its own “version control system” for juggling all this code. The system is called Piper, and it runs across the vast online infrastructure Google has built to run all its online services. According to [Google’s head of… big stuff? Rachel] Potvin, the system spans 10 different Google data centers.

It’s not just that all 2 billion lines of code sit inside a single system available to just about every engineer inside the company. It’s that this system gives Google engineers an unusual freedom to use and combine code from across myriad projects. “When you start a new project,” Potvin tells WIRED, “you have a wealth of libraries already available to you. Almost everything has already been done.” What’s more, engineers can make a single code change and instantly deploy it across all Google services. In updating one thing, they can update everything.

There are limitations this system. Potvin says certain highly sensitive code—stuff akin to the Google’s PageRank search algorithm—resides in separate repositories only available to specific employees. And because they don’t run on the ‘net and are very different things, Google stores code for its two device operating systems — Android and Chrome — on separate version control systems. But for the most part, Google code is a monolith that allows for the free flow of software building blocks, ideas, and solutions.

The point about Android and Chrome being on separate version control systems is one to note. Can’t merge the code until those two come together.
link to this extract

IPv6 will get a big boost from iOS 9, Facebook says » Computerworld

Even when all the pieces are in place for IPv6, iOS 8 makes an IPv6 connection only about half the time or less because of the way it treats the new protocol. With iOS 9, and IPv6 connection will happen 99% of the time, Saab predicts.

IPv4 is running out of unused Internet addresses, while IPv6 is expected to have more than enough for all uses long into the future. Adoption has been slow since its completion in 1998 but is starting to accelerate. The release of iOS 9 may give a big boost to that trend.

“Immediately, starting on the 16th, I’m expecting to see a lot more v6 traffic show up,” said Samir Vaidya, director of device technology at Verizon Wireless. About 50% of Verizon Wireless traffic uses IPv6, and Vaidya thinks it may be 70% by this time next year as subscribers flock to the iPhone 6s.

Apple’s change should help drive more IPv6 use on Comcast’s network, too. About 25% of its traffic uses the new protocol now, and that figure could rise above 50% by early next year, said John Brzozowski, Comcast Cable’s chief IPv6 architect.

This is the point, again and again. Android has the installed base; but iOS adoption is so rapid that it can drive change almost immediately.
link to this extract

Hello Barbie is by far the most advanced to date in a new generation of A.I. toys whose makers share the aspiration of Geppetto: to persuade children that their toys are alive — or, at any rate, are something more than inanimate. At Ariana’s product-testing session, which took place in May at Mattel’s Imagination Center in El Segundo, Calif., near Los Angeles, Barbie asked her whether she would like to do randomly selected jobs, like being a scuba instructor or a hot-air-balloon pilot. Then they played a goofy chef game, in which Ariana told a mixed-up Barbie which ingredients went with which recipes — pepperoni with the pizza, marshmallows with the s’mores. ‘‘It’s really fun to cook with you,’’ Ariana said.

At one point, Barbie’s voice got serious. ‘‘I was wondering if I could get your advice on something,’’ Barbie asked. The doll explained that she and her friend Teresa had argued and weren’t speaking. ‘‘I really miss her, but I don’t know what to say to her now,’’ Barbie said. ‘‘What should I do?’’

‘‘You’re right. I should apologize,’’ Barbie said. ‘‘I’m not mad anymore. I just want to be friends again.’’

We now return you to our regular scheduled programming of “Philip K Dick short stories brought to life.” Take your pick: War Game, Second Variety or The Days of Perky Pat?
link to this extract

Australian researcher Mark Dowd, who heads up Azimuth Security, told FORBES ahead of Apple’s iOS 9 release on Wednesday that the flaw allowed anyone within range of an AirDrop user to install malware on a target device and tweak iOS settings so the exploit would still work if the victim rejected an incoming AirDrop file, as seen in the video below.

Users should update to iOS 9 and Mac OS X El Capitan, version 10.11, as soon as possible to avoid losing control of their phones and PCs to malware. Any iOS versions that support AirDrop, from iOS 7 onwards, are affected, as are Mac OS X versions from Yosemite onwards. There are few protections outside of upgrading, other than turning AirDrop off altogether. The service is off by default, though it’s possible to start it running from the lockscreen.

By carrying out what’s known as a “directory traversal attack”, where a hacker enters sections of the operating system they should not be able to access, Dowd found it was possible to exploit AirDrop and then alter configuration files to ensure iOS would accept any software signed with an Apple enterprise certificate. Those certificates are typically used by businesses to install software not hosted in the App Store and are supposed to guarantee trust in the provenance of the application. But, as FORBES found in a recent investigation into the Chinese iPhone jailbreaking industry, they’re often used to bypass Apple security protections.

I dunno, getting AirDrop to work is usually the biggest challenge I face. (The mitigation is pretty easy on any version – turn off Wi-Fi or Bluetooth, or turn Airdrop to accept files from Contacts Only or off; this leaves Wi-Fi and Bluetooth untouched.)
link to this extract

Early June, GAU [the Dutch trade organisation representing dozens of book publishers in the Netherlands] reported that Google appeared to be taking steps to prevent rogue sellers from offering illegal content via its Play store. The group also noted that BREIN was attempting to obtain the personal details of the ‘pirate’ seller from Google.

Unsurprisingly that wasn’t a straightforward exercise, with Google refusing to hand over the personal details of its user on a voluntary basis. If BREIN really wanted the seller’s identity it would have to obtain it via a court order. Yesterday the anti-piracy group began the process to do just that.

Appearing before the Court of The Hague, BREIN presented its case, arguing that the rogue seller was not merely a user of Google, but actually a commercial partner of Google Play, a partnership that earned revenue for both parties.

“The case is clear,” BREIN said in a statement.

“There was infringement carried out by an anonymous seller that was actually a commercial ‘partner’ of Google via Google Play. This is how Google refers to sellers in its own terms of use.”

BREIN says that ultimately Google is responsible for the unauthorized distribution and sales carried out via its service.

“There is no right to anonymously sell illegal stuff, not even on Google Play while Google earns money,” the anti-piracy group concludes.

In the UK I think this would be a fairly straightforward “Norwich Pharmacal” case. Wonder if Holland has anything comparable.
link to this extract