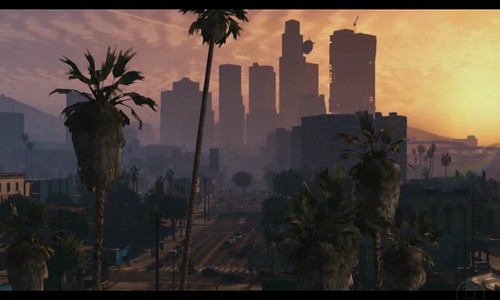 Grand Theft Auto got its big push via manufactured outrage. Photo by Smade Media on Flickr.

A selection of 10 links for you. Contains no Star Wars spoilers. I’m @charlesarthur on Twitter. Observations and links welcome.

There is one group working on a concept for a system that would establish a record of search engine results. The idea is similar to the Internet Archive, which downloads periodic copies of websites, but more complicated since search engines display different results depending on the time as well as the location and history of the user. The solution for tracking such a complicated system is described in a prospectus for the Sunlight Society, founded by a group of 20 researchers under the banner of the American Institute for Behavioral Research and Technology (AIBRT), a nonprofit in Vista, California that conducts research in psychology and tech.

The concept is similar to Nielsen Media Research’s longstanding system that collects information about audience size and demographics of television viewers through meters installed in households around the country. But instead of monitoring TV habits of real people, the system would monitor their internet use. This would require a worldwide network of paid collaborators who would provide the Sunlight Society with access to their search results.

“This is about new methods of influence that have never existed before, and that are affecting the decisions of billions of people every day without their knowledge, and without leaving a paper trail,” said Robert Epstein, a 64-year-old researcher, book author, and former editor-in-chief of Psychology Today.

Ambitious scheme. But important.
link to this extract

“iMac Pro is a huge step forward and there’s never been anything like it,” said John Ternus, Apple’s VP of Hardware Engineering.

Apple said the iMac Pro is the fastest and most powerful Mac ever, at least until the modular Mac Pro is released.

The machine can be configured with up to an 18-core Intel Xeon processor, up to 4TB of SSD storage, up to 128GB of ECC RAM, and an AMD Radeon Pro Vega 64 graphics processor with 16GB of HBM2 memory.

That’s quite hefty. The thinking is that Apple was going to let this be its top-end “Pro” model but that the outcry about the lack of modularity got it to go back and revamp the cylindrical Mac Pro, which will be completely renewed in 2018.
link to this extract

The world’s largest social network said next year it will move towards a local selling structure. Advertisements sold will be booked as revenue in the 25 countries across the world rather than at its international headquarters in Ireland.

The move could mean the company faces higher taxes as it books revenue in countries such as France, Germany and Italy. But depending on how it accounts for its expenses in each jurisdiction, it may not pay much more tax overall. Revenue from its self-serve platform, where millions of small advertisers buy inventory, will continue to be booked in Ireland.

Dave Wehner, chief financial officer, said the move will require “significant resources” to implement and will only be finished at the end of the first half of 2019.

“We believe that moving to a local selling structure will provide more transparency to governments and policymakers around the world who have called for greater visibility over the revenue associated with locally-supported sales in their countries,” he said.

Or is it to do with the new General Data Protection Requirements coming in to Europe next year? Then again given when it will finish, perhaps not.

It’s not going to fool anyone who looks closely. Sometimes the face doesn’t track correctly and there’s an uncanny valley effect at play, but at a glance it seems believable. It’s especially striking considering that it’s allegedly the work of one person—a Redditor who goes by the name ‘deepfakes’—not a big special effects studio that can digitally recreate a young Princess Leia in Rogue One using CGI. Instead, deepfakes uses open-source machine learning tools like TensorFlow, which Google makes freely available to researchers, graduate students, and anyone with an interest in machine learning.

“Not going to fool anyone who looks closely”. You think people watching that sort of stuff are going to look closely?
link to this extract

Want proof that patience pays off? Ask the founders of this 17-year-old $525m email empire • Inc.com

MailChimp, which grew out of a discarded web business, is profitable, still entirely owned by its co-founders, and growing by more than $120m every year; [co-founder and CEO Ben] Chestnut estimates that in 2017 it will post $525m in revenue.

That’s despite the fact that some undisclosed percentage of his customers never pay MailChimp a cent. In fact, MailChimp started succeeding when it stopped charging everybody – when it deliberately tied its fortunes to the small businesses that make up its core customers. It’s kept growing at a torrid pace for years – this, while many more prominent tech companies are losing money, customers, CEOs, and credibility. MailChimp has never taken a dollar from venture capitalists or other outside investors. And long before entrepreneurship was cool, it made itself crucial to the ecosystem of new and emerging businesses. For all those reasons, in 2017, MailChimp is Inc.’s Company of the Year.

Still: Email? In an era of Instagram stories and Snapchat filters and Facebook ads, Inc.’s 2017 Company of the Year is focused on email?

It is. And for a good reason. “It’s not the shiny new thing, but more the steady thing that actually works,” says Neeru Paharia, who was on the founding team of Creative Commons, which developed standards for internet publication, and is now an assistant professor of marketing at Georgetown’s McDonough School of Business. Maybe that’s why small businesses still allocate about 10% of their marketing budgets to direct marketing, including email, according to Forrester, which estimates that US business spent $2.8bn on email marketing in 2017.

Given that pretty much every single website you land on demands you SIGN UP FOR OUR NEWSLETTER, maybe that’s not surprising. By the way, if you’re reading this on the web page, have you signed up for the daily email?
link to this extract

We talked yesterday about the launch of bitcoin futures at Cboe Global Markets Inc., and about the fact that a January bitcoin future was going for about $1,000 more than a bitcoin today. “When regular trading hours start today,” I said, “you might expect more professionals to come in and arbitrage away some of the price differences,” but nah: As of 8:15 this morning, the futures were still more than $1,000 above the spot price. You could borrow $16,889, buy one bitcoin, sell a future for $18,000 on Cboe, wait a month, sell the bitcoin and deliver the cash to settle the future. The extra $1,111 – minus your cost of borrowing – would be risk-free profit. Everyone finds it a little odd…

But he thinks the reason is probably just inefficient markets:

There’s a big gap between the futures and the spot because the market is not yet working right. Perhaps there are not enough arbitrageurs in the futures market: The contract is brand new, not all brokers are offering access to it, and those who do offer access often don’t allow short selling. (You need to short the futures to do the arbitrage.) “Right now the big boys haven’t come in yet,” says one trader. Eventually that will settle down and the spread will narrow.

Once again we expect people to lose their shirts and more on bitcoin. But that saying about “the market can stay irrational longer than you can stay solvent”? Applies in spades to bitcoin.

The rest of Levine’s column is worth reading too. (Thanks Walt for the link.)
link to this extract

Bitcoin is in the “mania” phase, with some people even borrowing money to get in on the action, securities regulator Joseph Borg told CNBC on Monday.

“This is not something a guy who’s making $100,000 a year, who’s got a mortgage and two kids in college ought to be invested in.”

GTA: “Max Clifford made it all happen” • GamesIndustry.biz

David Jones and Mike Dailly, the creators of the original Grand Theft Auto, have revealed just how pivotal PR guru Max Clifford was to the game’s success.

“Max Clifford made it all happen,” Dailly told The Sunday Times.

“He designed all the outcry, which pretty much guaranteed MPs would get involved… He’d do anything to keep the profile high.”

The game was developed by DMA Design and published by BMG Interactive, who hired the controversial media manager. According to Jones, his provocative plan included planted stories and knowing which politicians and papers could provide the game with free press fuelled by outrage.

“He told us how he would play it, who he would target, what those people targeted would say.” Jones adds, “every word he said came true”.

Outrage and attention: the two key drivers. The world is full of Cliffords now. Yes, in both senses. (He was imprisoned for sexual assault, and died in prison last weekend.)
link to this extract

Fingerprints of Russian disinformation: from AIDS to fake news • The New York Times

Called Operation Infektion by the East German foreign intelligence service, the 1980s disinformation campaign seeded a conspiracy theory that the virus that causes AIDS was the product of biological weapons experiments conducted by the United States. At the time, the disease disproportionately afflicted gay men, and the Reagan administration’s slow response had escalated into suspicions in the gay community that the United States government was responsible for its origins.

“The K.G.B. picked up on that, and added a new twist with a specific location: Fort Detrick, Md.,” where military scientists conducted biological weapons experiments in the 1950s and 1960s, said Douglas Selvage, the project director at the Office of the Federal Commissioner for Stasi Records in Berlin.

The K.G.B. campaign began with an anonymous letter in Patriot, a small newspaper published in New Delhi that was later revealed to have received Soviet funding. It ran in July 1983, under the headline “AIDS May Invade India: Mystery Disease Caused by U.S. Experiments” and pinned the origin of the disease to Fort Detrick.

The choice of Patriot was deliberate, said Thomas Boghardt, a military and intelligence historian who traced how the campaign unfolded. “It had no explicit links to the Soviets and was an English-language newspaper easily accessible to a global audience.

“The Soviets intuitively understood how the human psyche works,” Dr. Boghardt said. He said the playbook was simple but effective: Identify internal strife, point to inconsistencies and ambiguities in the news, fill them with meaning and “repeat, repeat, repeat.”

That viral story about Alabama drivers license offices is from 2015, and it’s missing one key point • The Washington Post

late last year, the state [of Alabama] agreed to expand license office hours in a number of rural, predominantly black counties in response to a federal Department of Transportation investigation.

According to the Alabama Law Enforcement Agency, there are driver’s license offices in every Alabama county except for one: Lauderdale County, which is 87% white and is served primarily by an office immediately across the Tennessee River in Colbert County.

But the primary determinant in a license office’s hours of operation appears to be population, rather than race. My fault for not checking the date on the original post which I quoted in yesterday’s edition. Such an easy mistake, yet such an important one to take care about. My apologies. (Notable that some publications, such as The Guardian, will warn you when you’re reading an old story on their site. Of course, it was much harder to make this mistake with print.) (Thanks Fabian and Wendy for pointing out my error.)
link to this extract