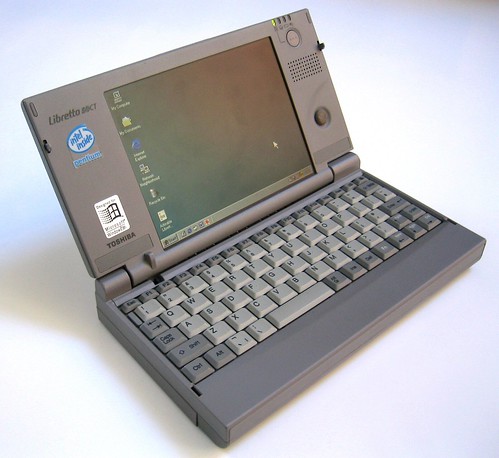 Worldwide smartphone market gains steam in the first quarter of 2017 with shipments up 4.3% • IDC

When breaking down precisely where the first quarter growth came from, IDC continues to see the largest catalysts being a handful of Chinese OEMs. The clear leaders are Huawei, OPPO, and vivo, which have all well outpaced market growth for over a year now. And as these companies gain share in new territories the potential to continue this trend is high.

“Although we have seen an abundance of premium redesigned flagships that just entered the market, moving forward, we still expect most of the growth to come from more affordable models in a variety of markets” said Anthony Scarsella, research manager with IDC’s Worldwide Quarterly Mobile Phone Tracker. “Despite all the popularity and media hype around premium devices, we continue to witness a shift in many companies’ portfolios geared towards affordable devices with premium-type styling compared to flagship models. Companies have started to implement a single premium design language that ultimately blurs the lines between the high-end and the low-end, allowing the average consumer to jump on the brand without a hefty upfront investment.”

Preliminary (ahead of Apple’s numbers) suggesting that Samsung and Apple are static, while Huawei, OPPO and vivo are all up by 20% or more. Others are getting squeezed. (LG is now an also-ran, though it managed to slightly increase shipments, while ekeing out a tiny loss.)

Outside this, though, and China’s eagerness to buy phones, it looks like thin pickings for everyone who isn’t one of those five.
link to this extract

An advocacy group known for challenging the tech industry on privacy called on the Federal Trade Commission Thursday to investigate media reports that Uber could identify specific iPhone devices even after users deleted the ride-hailing app.

In a letter submitted Thursday, California-based Consumer Watchdog alleged that Uber’s practice would be considered “unfair or deceptive” to its users and therefore violates a statute in the Federal Trade Commission Act designed to protect consumers from substantial and avoidable harm.

According to Business Korea, the Apple Watch Series 3 will have a micro-LED display rather than an OLED screen as its predecessors. If micro-LED sounds familiar that’s because a flurry of reports in late 2015 and early 2016 claimed that an Apple team is working on this particular technology in a secret lab in Taiwan.

Micro-LED screens should be smaller than alternatives, and more energy-efficient. Business Korea notes that micro-LED displays would also be thinner and lighter than OLED or LCD screens. LG, the exclusive provider of OLED screens for the Apple Watch Series 1 and Series 2 is expected to take a financial hit to the tune of over $200 million when Apple makes the switch from OLED to micro-LED. The report says that Apple will actually begin mass production of micro-LED for the next Apple Watch in Taiwan at the end of the year.

The worry here is that once the technology is further perfected, Apple might fully make the jump from OLED to micro-LED. The report says that Samsung and LG would lose around $1 billion a year should they lose Apple’s business. It’s not clear when Apple would be ready to use micro-LED display tech in bigger devices like the iPhone. The report says that Apple is likely to use OLED displays for the iPhone 9 that will be launched next year, but these panels would be manufactured by Chinese company BOE. Even in such a case, South Korean suppliers would lose some of Apple’s business.

Interesting idea that the Watch could be the testing ground for technologies that would eventually get scaled up to the phone. Faintly related question: if Apple does an OLED phone, will it do OLED iPads?
link to this extract

In 2011, sapphire jewelry company CEO Michael Arnstein was desperate to salvage the Google results for his company. According to a lawsuit for defamation he filed in 2011, a former contractor for the Natural Sapphire Company who was fired for selling them buggy software launched a personal crusade to destroy the Natural Sapphire Company’s Google search results. The defendant never showed up in court, so in 2012, a federal judge in New York granted Arnstein a default judgment along with an injunction to de-index 54 Google results.

But more fake reviews kept popping up. So Arnstein did something extremely ill-advised. According to the feds, Arnstein rounded up the bad Google results and forged new court orders to send to Google.

See if you can guess what happened next. He’s facing five or 15 years max, depending on whether he gets the maximum concurrently or consecutively.
link to this extract

Facebook acknowledged on Thursday that it has become a battleground for governments seeking to manipulate public opinion in other countries and outlined new measures it is taking to combat what it calls “information operations” that go well beyond the phenomenon known as fake news.

In a report and summary of response plans on its website on Thursday, Facebook describes well-funded and subtle efforts by nations and other organizations to spread misleading information and falsehoods for geopolitical goals.

These initiatives go much further than posting fake news stories to include amplification – essentially widening the circulation of posts through a variety of means – carried out by government employees or paid professionals, often using fake accounts.

Reuters reviewed an advance copy of the 13-page report, which was written by two veteran security analysts who joined Facebook from cyber security firms FireEye Inc and Dell SecureWorks, along with Facebook’s chief security officer.

Facebook said its security team would now fight information operations, which it regards as a more complex problem than traditional hackers and scammers, by suspending or deleting false accounts after identifying them with a combination of machine learning and intelligence agency-level analysis.

And I want to be very clear about this. Yes, there are some weird and obvious issues with the Galaxy S8+, like the inexcusably-positioned fingerprint reader. But this handset is a milestone, and it will change smartphone design permanently going forward. This device is arguably as a big a deal as the original iPhone, and I write that knowing that it sounds like hyperbole. It’s not.

For me, however, the future is still, well, in the future. I’m drowning in electronics as it is, and with smartphones in particular, my situation is such that the Galaxy S8+ just doesn’t make sense. Especially when you factor in the nearly $1000 it costs to buy one outright with a protective case.

In fact, that’s what this is really about. The money.

The money, because he’s already got two insanely expensive carrier contracts (for a Pixel and an iPhone) and only the Pixel gets international free roaming (via Google Fi, which the Galaxy doesn’t get). The US doesn’t know how badly off it is for carrier contracts (I get unlimited data, texts and minutes and ditto for roaming in multiple countries for £15 per month, or about $20.)

Thurrott really also doesn’t like the position of the fingerprint reader, which seems to be the opinion of almost everyone who has reviewed the phone.
link to this extract

Xiaomi Technology is facing increasing competition from rival vendors Oppo and Vivo in India’s smartphone market, according to a China-based tech.qq.com report.

Xiaomi shipped over 10 million smartphones in India in 2016 and ranked as the second largest vendor in the market, trailing after Samsung. However, Xiaomi took the top spot for selling smartphones through online channels.

In order to maintain its leading market position in India, Xiaomi is building a second handset plant in India in cooperation with Foxconn Electronics, the report noted.

However, rivals Oppo and Vivo have also been expanding their share in India at a rapid pace by duplicating Xiaomi’s business model, leveraging local factories, expanding online and offline retail channels, and building up brand image through advertisements, indicated the report.

I can’t find numbers that suggest that Xiaomi’s shipments grew in 2016 from 2015, and its first quarter in 2017 seems to have been smaller than the same time in 2016. Xiaomi needs something special, soon.
link to this extract

Starting in the early 2000s, thanks to the internet’s growing popularity, more ordinary consumers wanted a computer than ever before. This created an opportunity for lower-end contract manufacturers from Taiwan, like Acer and Asus, to begin selling house-branded laptops and other electric components. Later, Lenovo and a bevvy of no-name brands from China offered rival products at even lower prices.

Toshiba, Sony, and other Japanese companies were once synonymous with sought-after consumer electronics. But nowadays, consumer electronics—even laptops—aren’t any more exciting than a microwave or washing machine. That means consumers usually want the cheapest brand, not the most prestigious one.

The competitive squeeze, coupled with the 2008 recession, caused the company to take a hit on its bottom line. According to its revised financials, revenues from its PC division shrank over 80% between its 2007 and 2015 fiscal years, while losses for the division deepened.

In 2010 Toshiba began outsourcing manufacturing of its TVs, and by 2015 it had withdrawn from the non-Japanese market. Last year the company announced it would exit the consumer PC market outside of Japan altogether, instead selling only to businesses. Toshiba’s share of the global PC market dropped from nearly 20% in 1996 to about 5% in 2016, according to research firm IDC.

It’s not just Toshiba, but all the Japanese PC manufacturers which fell. I’ve been digging in to the numbers: I’ll post something about them on The Overspill presently. Toshiba is the poster child for the failure.
link to this extract

The education of Donald Trump • Politico

White House aides have figured out that it’s best not to present Trump with too many competing options when it comes to matters of policy or strategy. Instead, the way to win Trump over, they say, is to present him a single preferred course of action and then walk him through what the outcome could be – and especially how it will play in the press.

“You don’t walk in with a traditional presentation, like a binder or a PowerPoint. He doesn’t care. He doesn’t consume information that way,” said one senior administration official. “You go in and tell him the pros and cons, and what the media coverage is going to be like.”

Downplaying the downside risk of a decision can win out in the short term. But the risk is a presidential dressing-down—delivered in a yell. “You don’t want to be the person who sold him on something that turned out to be a bad idea,” the person said.

Advisers have tried to curtail Trump’s idle hours, hoping to prevent him from watching cable news or calling old friends and then tweeting about it. That only works during the workday, though—Trump’s evenings and weekends have remained largely his own.

Fascinating. And worrying, of course. As a record of how someone struggled with the job, it’s amazing.
link to this extract